Movie Star Ben Stiller to Slum It on HBO 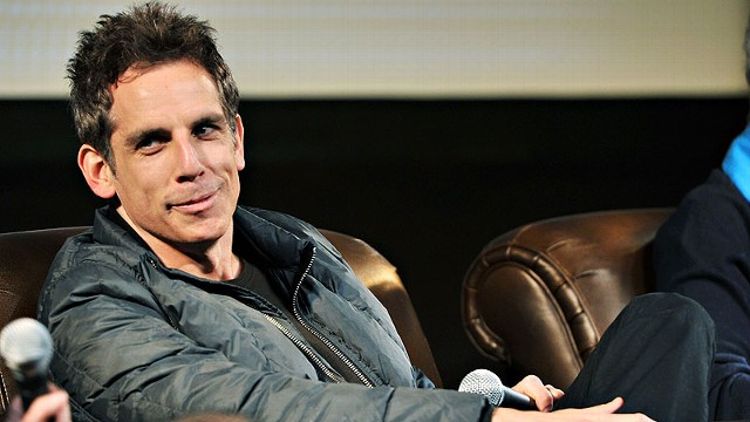 Ben Stiller is doing an HBO comedy called All Talk, and he’s doing it with Jonathan Safran Foer. The novelist wrote the pilot and Stiller will direct, executive produce and star, possibly alongside Alan Alda, who is currently in talks to join. According to THR, “The project, which is being billed as ‘politically, religiously, culturally, intellectually and sexually irreverent,’ revolves around the daily and life-altering dramas of a Jewish family in Washington, DC.” Scott Rudin, fresh off producing every movie you’ve ever seen (more specifically, The Girl With The Dragon Tattoo, Moneyball, and The Social Network), will co-produce. (By the way, this is the second high-profile project from a famous novelist named Jonathan that HBO is now cooking up: Franzen’s The Corrections, also a Rudin production, is currently in the works).

It’s not entirely surprising that Safran Foer would end up going down the he gilded T.V. writer road, as he’s demonstrated some ambivalence towards fiction. After a divisive pair of novels from earlier this decade, Everything Is Illuminated and Extremely Loud and Incredibly Close, he dropped 2009’s Eating Animals, a vegetarian’s polemic, and last year’s Tree of Codes, an experimental quasi-book. And while lots of people will certainly be excited to see the former wunderkind turn his many talents to an HBO show, it’s also probably not the best time for “screen content that originated with something Jonathan Safran Foer wrote”. The adaptation of Extremely Loud, which hit theaters with Oscars in mind (it did get two nominations), has gotten some critics all kinds of riled up: “A film so thoroughly rotten to its smarmy and diseased little core that tearing into it here hardly seems an adequate method of dealing with it — going after the negative with battery acid and a sledgehammer might be closer to what it deserves,” raves eFilm’s Peter Sobczynski! “The kind of movie you want to punch in the nose,” declares The Detroit News‘ Tom Long! Technically, that’s not Safran Foer’s fault, as the script was adapted by Eric Roth. Still, just to be sure he successfully dissociates from the flick, JSF should probably start shit-talking Tom Hanks in public.

And why the hell is Ben Stiller doing an HBO show? Michael Lombardo, the network’s president of programming, had this to say: “Stiller continues to be a major, multi-talented star because of his discerning ability to embrace creative and innovative projects – whatever the medium … From major blockbuster motion pictures to small independent films; from Broadway to off-Broadway, the common thread is always the excellence of the material.” Uh, I kind of agree? I know he’s despised in some corners for the deathless Fockers franchise and any other crass cash-in big-budget comedy he might churn out (he just wrapped Neighborhood Watch alongside Vince Vaughn and Jonah Hill, which is about a suburban crime watch group that has to fight something. Aliens, I think). But I didn’t see Night at the Museum: Battle of the Smithsonian, and I did see Greenberg, and I thought it was pretty dope. If Stiller wants to knock out a possibly great HBO show in between more money-printing crap, a la Zach Galifianakis and Bored to Death, that’s cool with me.

Filed Under: Ben Stiller, Further Notes On the Death of Hollywood, HBO, Movies