Mick Jagger and Martin Scorsese Team Up With HBO, Cocaine 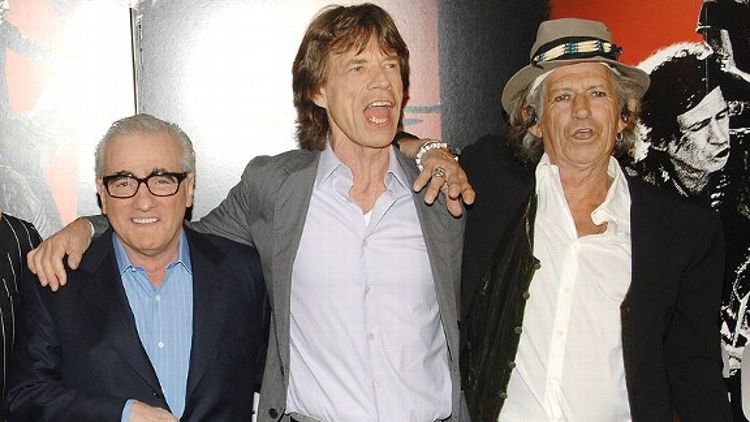 Mick Jagger, Martin Scorsese, and Terence Winter are collaborating on an HBO series about a cocaine-using record executive in New York in 1977. Jagger, who hatched the idea originally as a film project, will produce; Scorsese will produce as well as direct the pilot, for which Winter has written the script. Sounds great! Definitely the best idea Jagger has had since “Start Me Up.” Grade: A [HR]

And that’s not all that’s popping at HBO: The network is also in talks with Chris Cooper and Dianne Wiest to star in the adaptation of Jonathan Franzen’s The Corrections. They would play the elderly parents of the three adult children whose crappy lives carry the book. If everything works out as planned, Wiest and Jagger are going to destroy the HBO holiday party this year. Grade: A [Deadline]

Mandy Moore has landed a single-camera comedy at ABC called Us and Them. She’ll star as one-half of a young couple that faces the “conflict that exists between the families you grow up in and the ones we make as adults.” Sounds kind of dumb, but we’re in support: If this show succeeds, it could eventually bankroll the latter-day career of Mandy’s husband Ryan Adams. Grade: C [HR]

Dutch director George Sluizer is now planning on finishing Dark Blood, the movie River Phoenix was shooting at the time of his 1993 death. Sluizer hopes to ask Joaquin Phoenix to provide the needed voice-over for the film, which stars River as a hermit living on a nuclear testing site, waiting for the end of the world, who gets involved with the wife of a Hollywood couple seeking shelter. Grade: A [HR]

Chord Overstreet has returned to Glee. He initially left the show when he was offered a recurring role, not a series regular role, for Season 3, but has changed his mind and will now recur after all. When reached for comment, Overstreet said, “I just realized how much I missed Glee while working on my new project, which is night-managing a Bennigan’s.” Grade: B [TVLine]

Judy Greer, who seemed destined for romantic-comedy-sidekick roles forever, is developing her own starring vehicle. It’s an ABC single-camera comedy inspired by Greer’s own life, namely that time she moved to L.A. with a guy she loved and then ended up raising stepkids in a suburban town. Ah, crap. We were hoping “inspired by Greer’s own life” would mean something more like “best-friend character actress snaps, starts killing off every rom-com lead she’s ever acted with.” But, yeah, sure, this works too. Grade: B+ [Deadline]

It was previously rumored, but now Anne Hathaway is confirmed to star as Fantine in Les Miserables. And, yet, the world goes another year without a Princess Diaries 3. Grade: B [Showblitz]