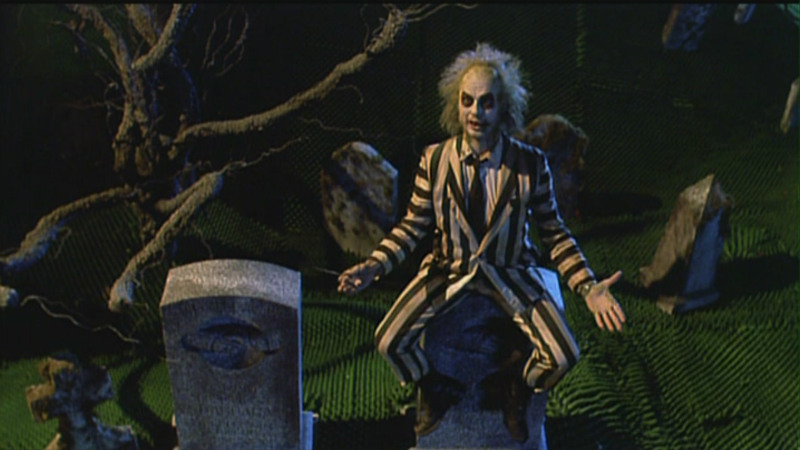 In a conversation that had nothing to do with the late ’80s and everything to do with modern times and future cinematic ventures, MTV got Michael Keaton riffing on the RoboCop remake (he’s in it), the 25th anniversary of Batman (he doesn’t really care, is slightly bemused others do care), and the will-they/won’t-they sequel to Beetlejuice. That last one’s been whispered about online for a few years, and it’s now got a script from Seth Grahame-Smith (Dark Shadows, Abraham Lincoln: Vampire Hunter) and hints from Winona Ryder that it’s genuinely happening. But Keaton just escalated everything:

I’ve emailed Tim [Burton] a couple of times, talked to the writer a couple of times, but all really, really preliminary stuff until relatively recently. I always said that’s the one thing I’d like to do again, if I ever did anything again. But also it kind of required Tim to be involved some way or another. … Now it looks like he is involved. And without giving too much away, we’ve talked to each other and emailed each other, and if he’s in, it’s gonna be hard not to be in.”

MTV notes that the usually super-busy Burton has nothing on his plate after Big Eyes, an Amy Adams and Christoph Waltz movie that’s now in post-production. So why not do this thing? Winona’s down. Get Alec Baldwin, Geena Davis, and Catherine O’Hara on a high-pressure conference call, an “I need a yes or no RIGHT NOW” kinda situation, and suddenly you’re staking out a Halloween 2015 release date. If things somehow stall another year or two, take heart that Keaton once told Grantland he never had so much fun in his life as he did making Beetlejuice.

Now, was Wesley Morris dead-on when he posited that we don’t need a Beetlejuice 2: The Shriekquel? That these situations are “condoning what essentially amounts to a kind of fan-fiction approach to moviemaking,” catering specifically to “a certain kind of nostalgia geek”? Definitely, certainly, and absolutely. But hey, it’s something to talk about. And maybe something Keaton will sink his teeth into as incredibly and maniacally as he did back in ’88.