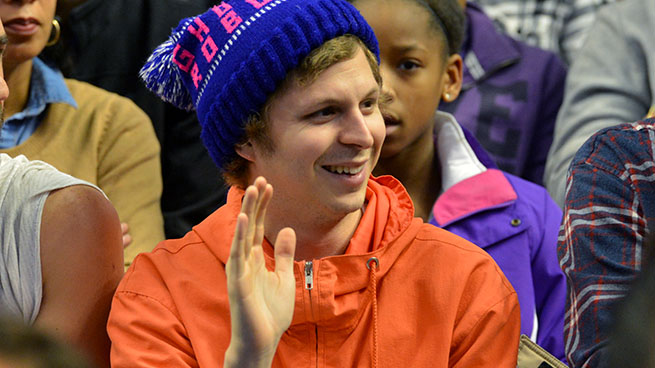 Is there any way to prepare for true that, Michael Cera’s surprise album living on Bandcamp? I don’t really think there is. You just kind of have to click over and listen to it and figure out how to process what you’re hearing. It’s 18 songs, although lots of them are under two minutes. The cover art is Cera and a little girl being silly. The bio reads, “Michael Cera was born in Canada in 1988 at the tender age of zero.” Now go listen. There are songs called “Sexy Danger” and “Gershy’s Kiss.” Much of it is instrumental, but Cera starts singing on the third track.

Ride the Westeros subway. (Or at least click the link. It’s frigging awesome.) [via]

If you can’t say it in emojis, don’t say it at all.

Hey, Strong Bad people: There is Trogdor the Burninator beer.

Interesting and unexpected: no Robin Williams, no The Wire.

Justin Bieber’s Miami street racing antics landed him a 12-hour anger-management course, among other consequences. “I hope that he realizes that his actions not only lead to consequences that affect him but they lead to consequences that affect others that are looking up to him as a role model,” said Judge William Altfield. “He just hopefully will get the message. He will grow up. He will use his talents positively for young persons.”

And Aquaman hired two screenwriters, Will Beall (Gangster Squad, ABC’s Castle) and Kurt Johnstad (300 and 300: Rise of an Empire). They’ll each write a version and Warner Bros. will pick the best one. Reminder: Game of Thrones alum Jason Momoa is Aquaman.