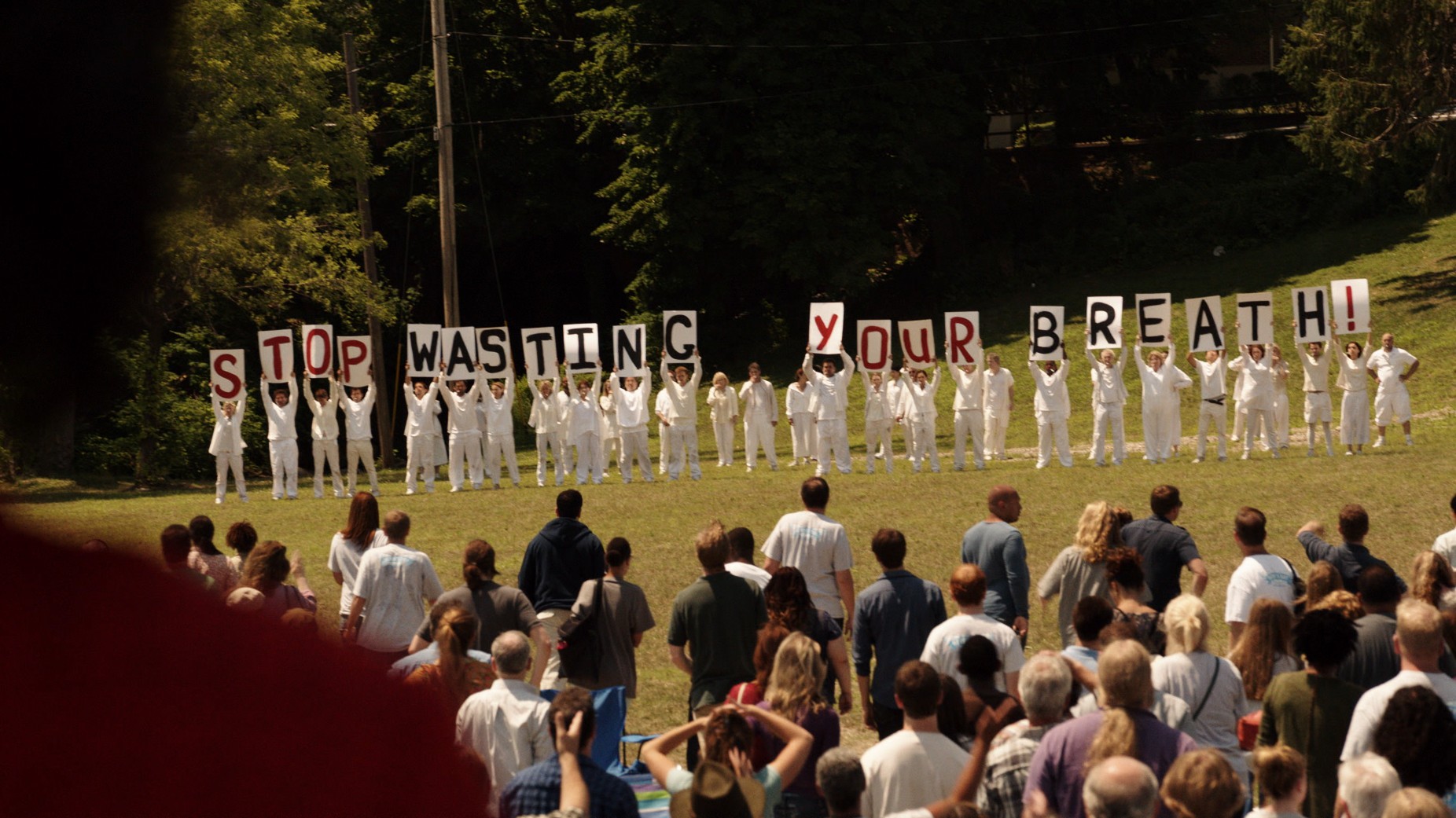 HBO finally (finally) picked up a seven-episode second season of The Leftovers. It’s now aired seven episodes of the first, so this is a relatively late-coming vote of confidence. We asked the Grantland staff: Are you in or out on the show? Are you sticking with it? Does knowing there will be an entire new season of gloomy mysteries make you more inclined to watch or to catch up? Lightning round, go:

Sean Fennessey: [Locks self in broken refrigerator in the forest.]

Emily Yoshida: [Smokes three packs of cigarettes; what’s the point of living in a world where this show gets renewed before Halt & Catch Fire?]

Juliet Litman: I fully support keeping Liv Tyler engaged in an endeavor in which no one has to hear her voice. 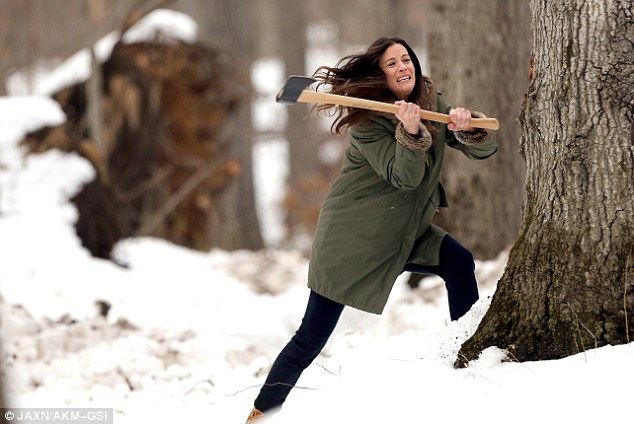 Bill Simmons: I quit the show five minutes into Episode 3 and never looked back. My rule for all TV shows (borrowed from my mom): If you can’t create one character that I care about within three episodes, then I’m out. Besides, I have more important things to do — like watch Bachelor Pad and Monday-night Raw.

Zach Dionne: I’m terrified of The Leftovers. I love it, and I rewatch almost every episode before the next one — a practice I started with, yes, Lost — but I still don’t really know what I’m watching or why I’m watching it or if it’s going to completely turn on me. So I guess Season 2 is good news? Yeah, it’s good news. I want more. Definitely. I daydream about this show all week, and now I’ll get to daydream about it for a full offseason rather than cursing the HBO gods for stealing a bunch of hours from my summer/life.

Funny timing on the renewal, though. Last week was the Lostiest that The Leftovers has gotten, if only for the National Geographic from, yes, already got it memorized, May 1972. Are we about to vanish into the intertextual, all-questions-no-answers abyss? Would I even be able to quit this show if we did?

Jason Concepcion: [Throws brick at the head of the town priest.]

Alex Pappademas: As long as Lindelof, Perrotta, & Co. keep making stuff like “Guest” — the best TV episode I’ve seen this year that wasn’t a Nathan for You involving a Johnny Depp impersonator — I’m riding with this show all the way to the big Season 8 purgatory reveal. I care about these wretched people even if God doesn’t. But even if that weren’t the case, this show would have my support, because I admire how deliberately paced and character-driven it is, and how seemingly unconcerned it is with pleasing an impatient, entitled culture that demands a certain number of clickbait twists per episode and tends to punish shows that don’t drive traffic. The Leftovers’ ambiguities aren’t talking points or Easter eggs; they’re ambiguities. I can’t wait to see what doesn’t happen next year. 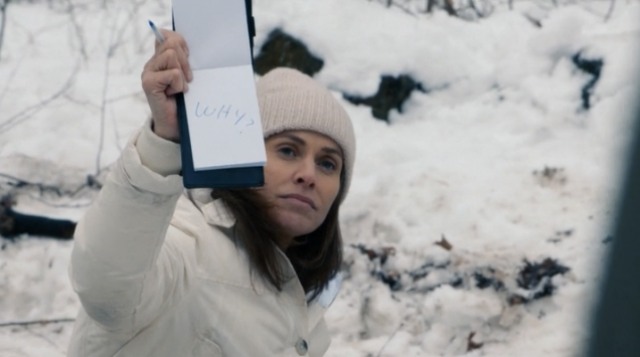 Mark Lisanti: I’m not afraid of you white-robed joymongers. Keep blowing powdered sugar from your pack of candy Marlboros in my face. I’m sticking with it. I can handle the gloom. I can handle mysteries that may or may not ever be resolved. I can handle not knowing if 2 percent of the world population was tractor-beamed into heaven by an overzealous St. Peter, or instantaneously vaporized by an Infinity Gauntlet beam from Thanos (shout-out to Josh Brolin!), or if the Suddenly Departed all are secretly hiding inside a hollowed-out mountain, waiting to release the tension of the world’s greatest Punk’d stunt. Bring on seven more hours of that shit. Sit Damon Lindelof down on my lap and let him whisper in my ear about absent fathers and huggy Koreshes and sadness conventions. And put it on in the summer again. There’s too much damn sunlight in August here, anyway.

[Unties rabid dog in backyard, lies down with a T-bone draped across face, prepares for a good, old-fashioned dingo party.]

Chris Ryan: Happy this show got renewed and I love Alex’s passionate defense of it. I will be even more happy when someone can tell me what it’s about beyond a bunch of people wondering where the hell everyone went and buying National Geographic on eBay. Sure, it’s not Lost. It’s Loss! I get it. I’m totally fine with watching an age of terror version of Our Town, but that isn’t what this really is. But look, there are two kinds of characters on this show: those weaving a mystery and those trying to solve that mystery. What frustrates me isn’t the mystery, it’s being told the show is somehow not about the mystery. It is about the mystery! It’s just a very slowly unraveling one.

Andy Greenwald: Let me put on my crisp businessman’s hat for a second here (Banana Republic’s “Don Draper Collection,” 2009): There was no way HBO wasn’t renewing this show. Damon Lindelof could have personally thrown stones at the heads of every one of the 1.5 million or so guilty remnants still watching every week; Scott Glenn could have folded tranquilizer into raw meat and spoon-fed it to us while flexing his aging abs; Carrie Coon could have taken target practice on our sternums without offering a Kevlar vest. Nothing was going to stop The Leftovers from getting the second season it may not deserve. HBO does not like to admit failure and it’s invested far too much money and prestige to back out now. Will the show improve? Maybe? I sure hope so! But the only thing I know for certain is that the network isn’t going to stop hugging this particular patient until it gets an answer.