Michael B. Jordan Has a New Mentor — and It’s Rocky Balboa? 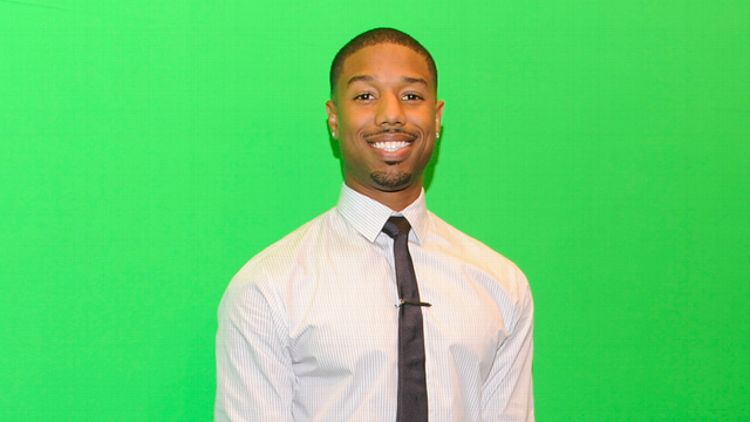 When we spoke with the ascendant Michael B. Jordan about Fruitvale Station, he had only the highest of praise for his director, 27-year-old Ryan Coogler. “‘First-time film director’ and ‘Ryan Coogler’ should not be in the same sentence,” he told us. “The guy’s a genius … he knows exactly what he’s talking about, he’s passionate, and he’s no-bullshit. When he spoke, you listened. He’s extremely talented and I can’t wait to work with him again.” Well, now it looks like Michael’s going to get a chance to do that, and sooner rather than later. Better, and stranger, yet — it’ll be on a Rocky spin-off? With Jordan playing Apollo Creed’s grandson? And it’ll costar Sly Stallone himself?

As Deadline reports, the project’s simply called Creed, and it has a fleshed-out plot and everything: “Raised in an upper-crust home thanks to the ring riches earned by his grandfather, [Jordan’s character] doesn’t have to box and his family doesn’t want him to. Yet, he has the natural instinct and gifts and potential that made his grandfather the heavyweight champion … Creed’s grandson needs a mentor and turns to [Rocky] Balboa, who is out of boxing completely and not eager to return.” As for how this came about: “Much the same way that Coogler burned with the desire to tell the tragic story of Oscar Grant in his feature debut [Fruitvale] and begged Jordan to play the role … this whole idea also came from Coogler. When he signed with WME, Coogler identified Creed as a dream project … The agency put him together with Stallone … who is right now heavily involved in a stage musical transfer of [Rocky] … [he] loved the idea.” Really?! The guy who’s already made six Rockys — and is, as you just mentioned, making a musical Rocky, and who might, for all we know, have several file cabinets of self-published Rocky fanfic in which Rocky fights a Predator and an Alien at the same damn time — loved the idea? What a curveball!

I mean, not that Sly’s not right to. This is a simple, rock-solid concept that takes MBJ’s traditional lane thus far — the troubled street kid with a heart of gold — and flips it: Now he’s a well-to-do young man looking to get into some trouble. But it stays right in his wheelhouse: fathers, sons, fleeting chances, transformation, redemption, all that good stuff. And if you’ve seen Fruitvale, you know that, for all its gritty indieness (it was made for less than $1 million), it’s as grandly an emotionally manipulative (in a good way) film as anything the majors have popped out this year. Take that sensibility, splash it onto a bigger budget and some iconic names, and you’ve really got something.

Then consider that it feels like only a matter of time before Jordan snags A-list status (general consensus is that it’ll be the Human Torch that will take him there). Which means Coogler is smart enough to know he better wrap up his new buddy with a juicy, immediately anticipated project while he still can. See — we told you he was a genius!