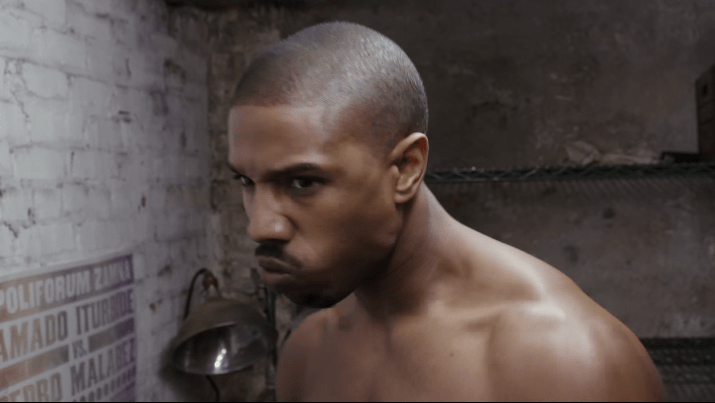 The first trailer for Creed, the newest addition to the Rocky franchise, was released yesterday, and it looks very ambitious. Michael B. Jordan plays Adonis, the son of Apollo Creed. Sylvester Stallone is back as Rocky. Phylicia Rashad is in it. Wood Harris is in it. I can’t wait. Let’s talk about it. But first, watch the trailer: 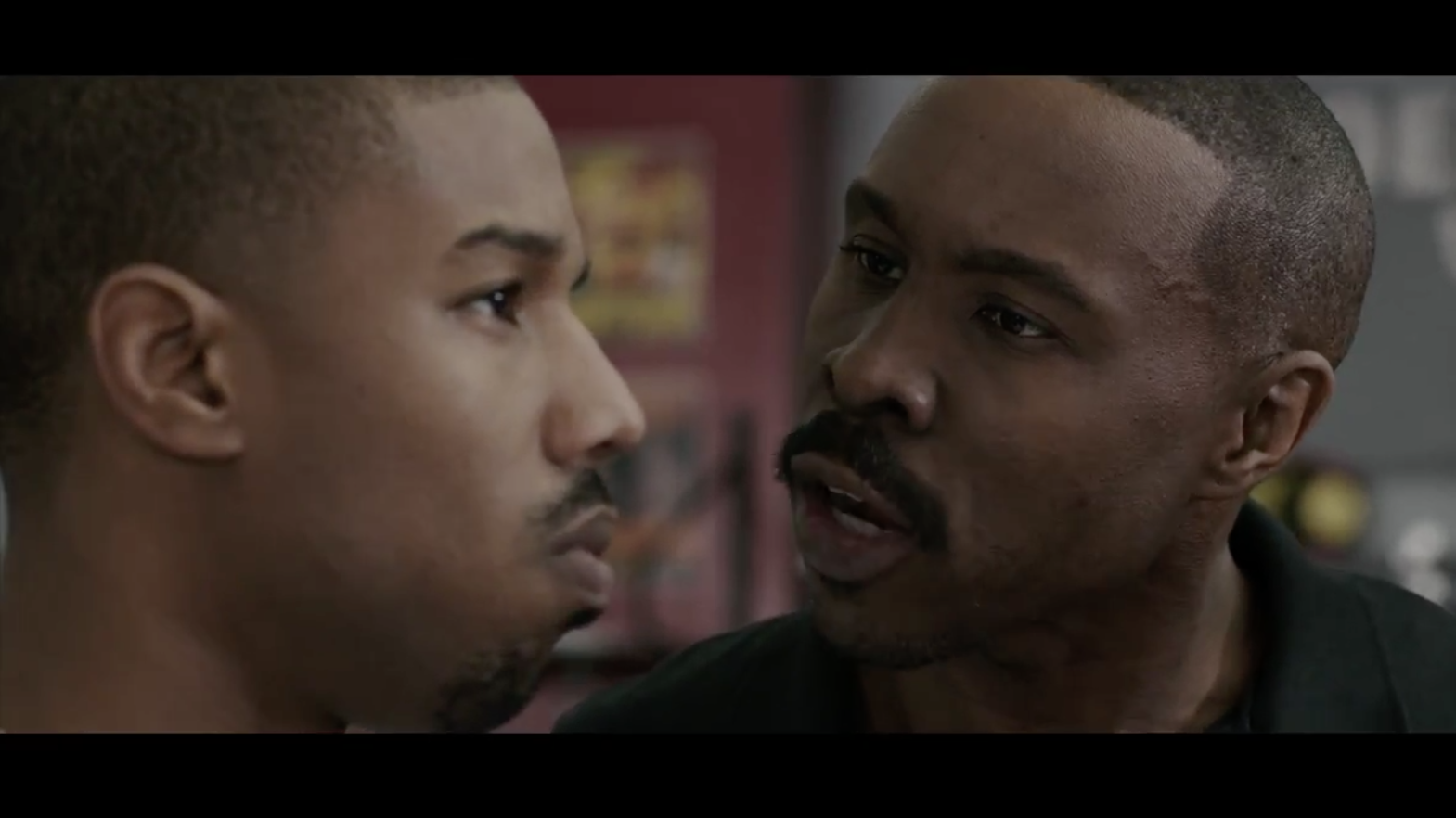 Is Avon Barksdale the New Mickey?

Or, better still: What if he actually played Avon Barksdale in Creed? It all lines up. Avon never died in The Wire. And he had an established history in boxing. And Philadelphia is less than two hours from Baltimore. What if he’d turned his life around in prison, gotten released (they never said how long he was sentenced, but you can’t figure it was longer than, say, seven years), then moved to Philadelphia and wiggled his way back into boxing, this time as a trainer? It could’ve happened. It really could have. And I desperately want to live in a world where the Rocky universe and the Wire universe overlap. Alas, they don’t. Alas, they didn’t.

Avon’s in the trailer, but I suspect his is just a bit part. He’s not listed on the film’s IMDb page and he doesn’t have a credit for Creed listed on his own IMDb page, either. That’s a pretty good tell that he doesn’t have a big role in Creed. Also, the film synopsis says that Rocky trains Adonis. So, to answer the question: No. No, he is not the new Mickey. 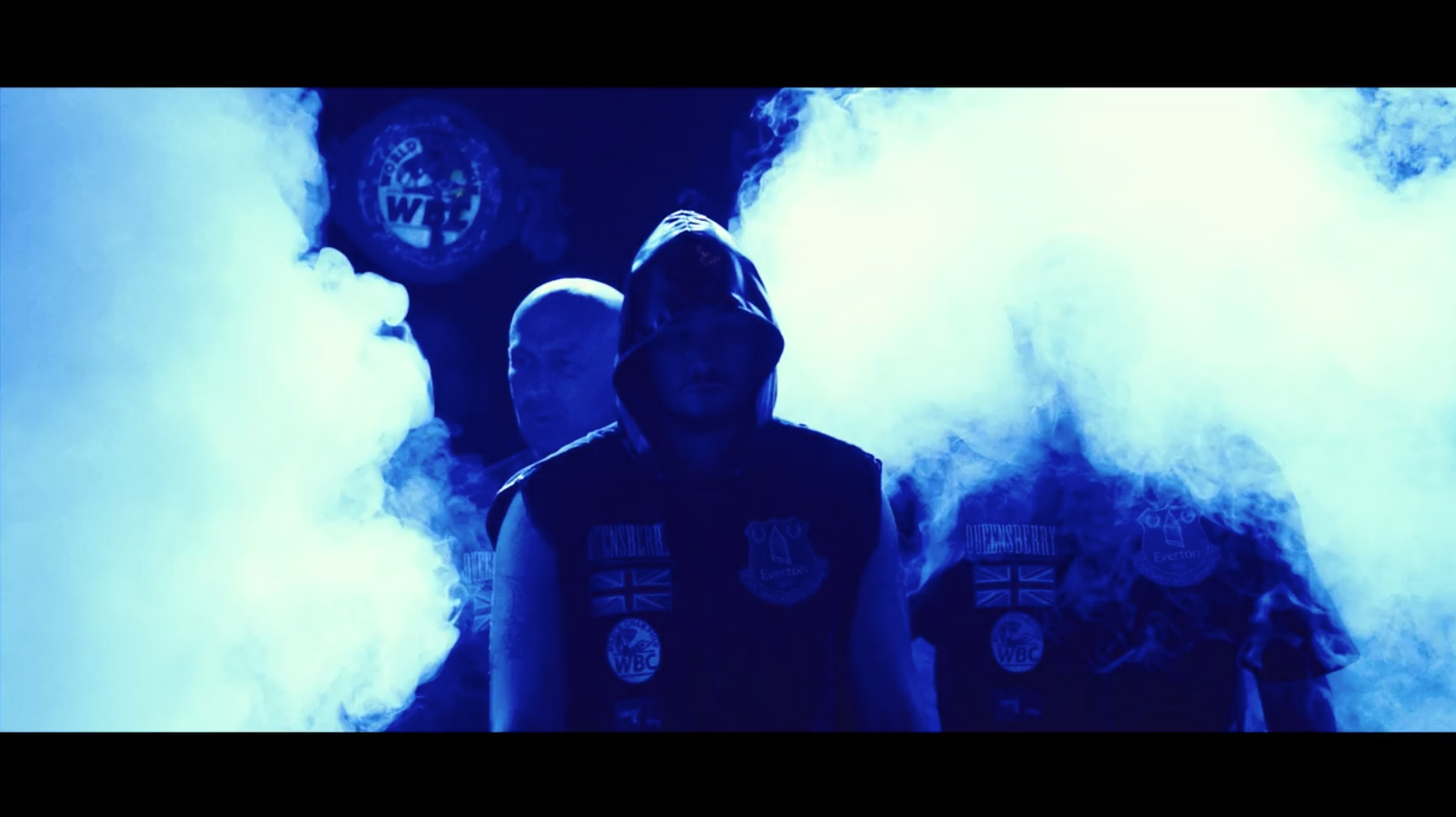 His name is “Pretty” Ricky Conlan. As far as Rocky villains go, he’s not immediately intimidating. But I think that’s sort of the point this time around.

The Rocky movies all fall somewhere between Man vs. Man and Man vs. Himself on the conflict scale. Rocky IV is the best example of Man vs. Man. A bunch of that film’s trailer is devoted to establishing how impossible it’s going to be to defeat Ivan Drago.

The fight at the end of that movie is a nuclear explosion.

The best example of Man vs. Himself is Rocky III. Much of that trailer is devoted to establishing how Rocky is going to have to get out of his own head if he’s going to continue to be a successful fighter. There’s one part when Mickey says, “The worst thing happened to you that could happen to any fighter … you got civilized,” and then it cuts away to another scene and we see Rocky allow a woman to give him a kiss on the cheek while he works out as Mickey tries to chase her off.

There’s another part when he’s shown arguing with Paulie about how Paulie remained a neighborhood loser while Rocky became a star. There’s another part when he shouts at Adrian, “For the first time in my life, I’m afraid!” That’s the whole movie, really. That’s the whole struggle. Once Rocky figures out he’s really fighting his own thoughts this time and not Clubber Lang, the movie’s hyperaggressive villain, he destroys him. He knocks him out in the third round. The fight at the end of that movie is secondary.

Creed looks like it’s going to fall somewhere closer to III than IV. Conlan will be the main physical threat to Adonis, but I suspect Adonis’s primary battle will be with himself. 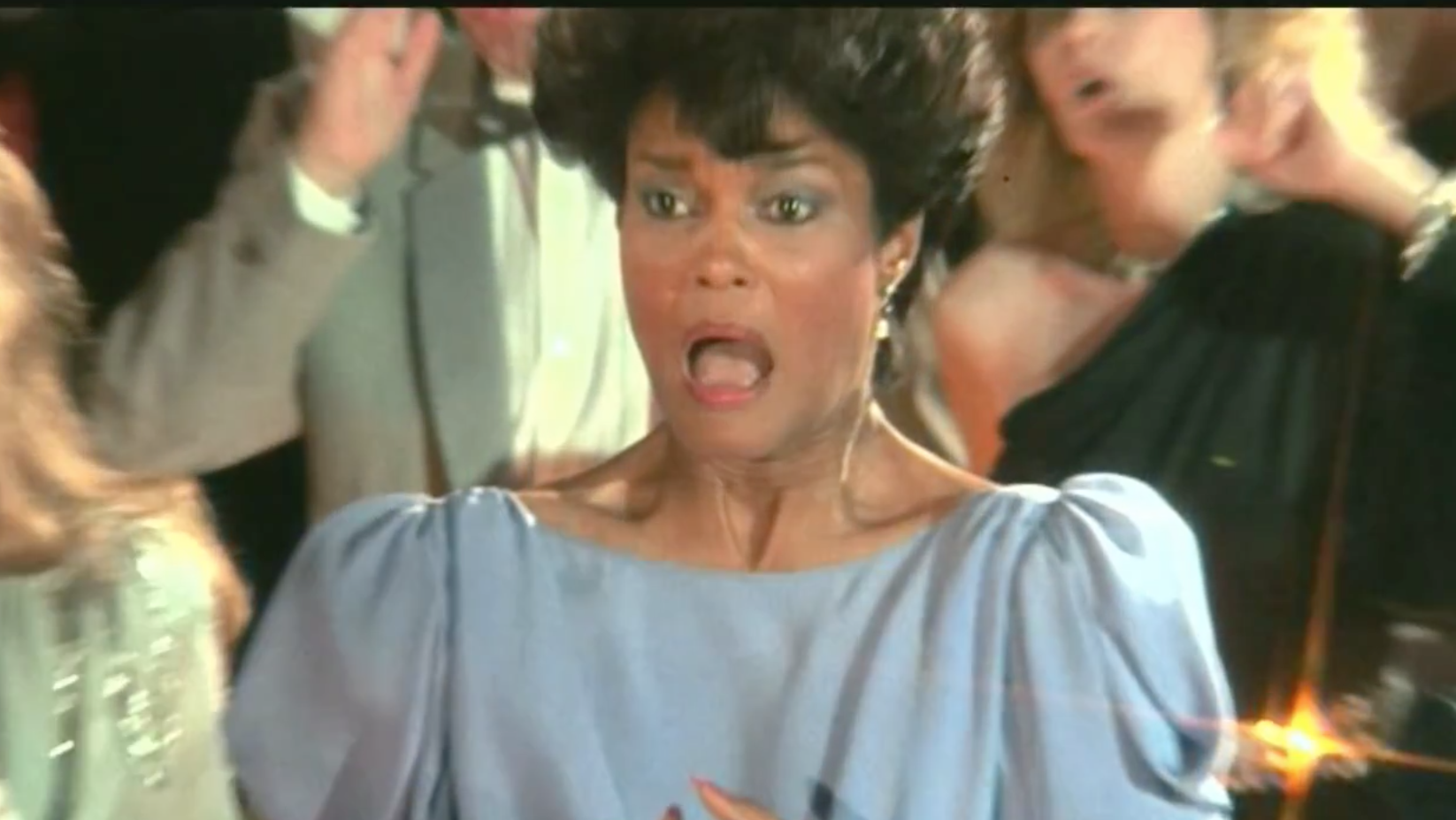 What’s a Minor Part of the Story That You’d Like to Have Revealed Right This Second?

Adonis makes mention in the trailer of how he never met Apollo, that he has no interest or concern for familial history or obligation as it pertains to boxing. The film synopsis notes that Apollo died before Adonis was born but offers no other details. That means that one of two things is true:

How Perfect Is This Movie As the Next Step in the Rocky Film Franchise?

It is so perfect. I imagine there was no small amount of temptation to do an Apollo Creed movie. It’s fun to even say out loud. It could’ve been called Apollo, Jordan could’ve played him, it could’ve chronicled the years leading up to him winning the boxing heavyweight championship of the world, on and on. That could’ve been neat, and it would’ve been worth it just for the end shot, which (probably) would’ve been some sort of kicker where we get introduced to the new Rocky (played by Tom Hardy).

But this is better. The Rocky franchise is so iconic and beloved that all the major pieces in it are very set and firm. Seeing someone else besides Carl Weathers as Apollo or Sylvester Stallone as Rocky would’ve been fun but ultimately unsatisfying and likely semi-weird. With the “I’m his son” angle, the focus still gets shifted to the Apollo Creed side (which was always mesmerizing) but also opens up all of these new folds and story lines to explore. There are new relationships with new dynamics, new fighters, new training montages, new everything. Also, we get to see the original characters we loved so much age, which is important because it makes them seem real, and that is a profoundly fulfilling thing. Apollo would’ve given us the possibility of a Rocky reboot with Hardy pushing it forward, and we should all be 100 percent in on that. But Creed gives us nostalgia plus new. This was the way to go. Creed wins. 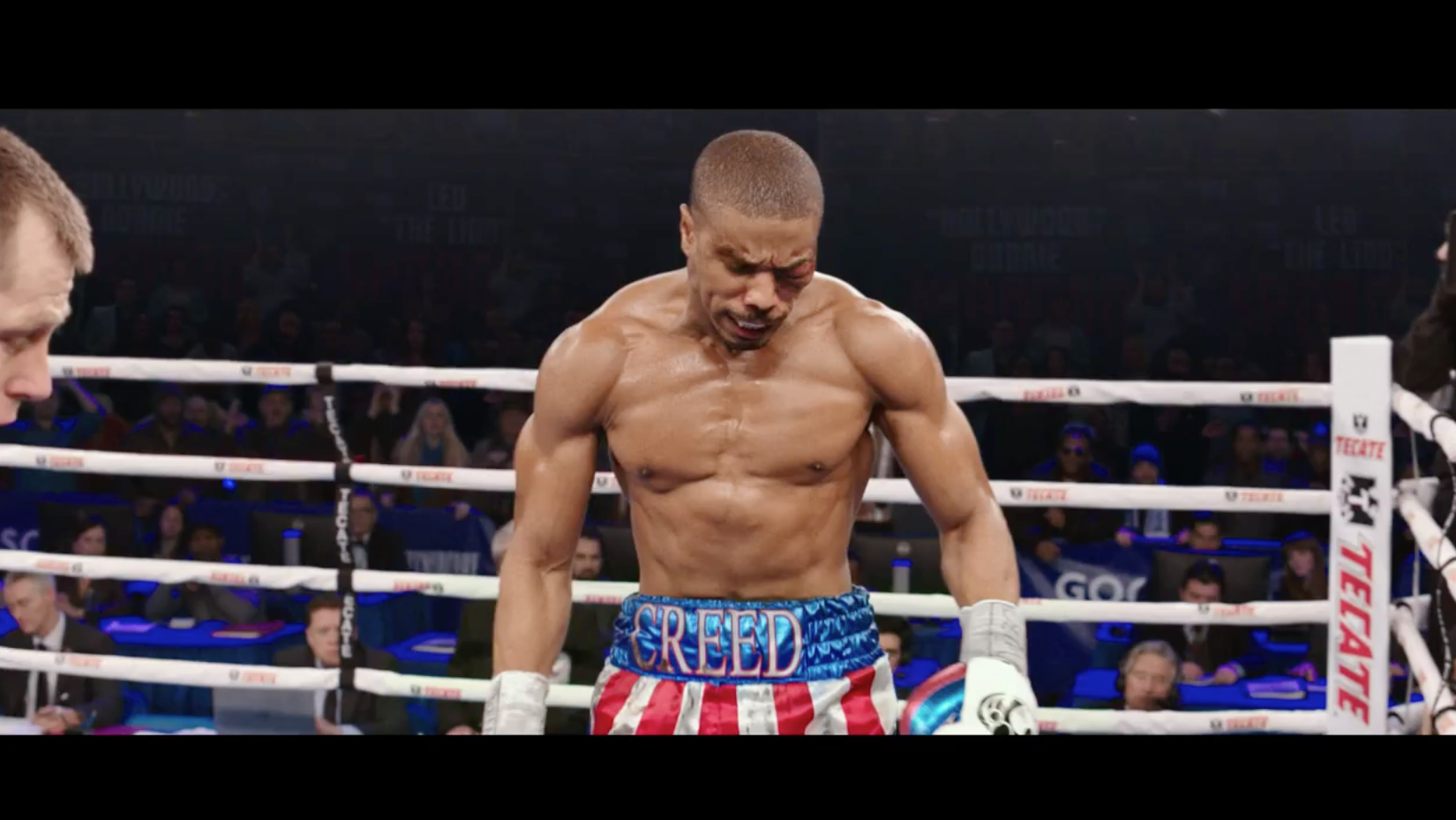 Where Will Adonis Creed Fit in the Rocky Fighter Index? AND HOW GREAT IS THE NAME ADONIS CREED?

Two things here, and let me go in reverse order:

First, Adonis Creed is an amazing name. It’s a first-class, A-plus selection as a name for the son of Apollo Creed. The thing of it is, Jordan’s character isn’t named “Adonis Creed”; he’s named “Adonis Johnson.”1 This is a little bit sad, because, again, “Adonis Creed” is incredible. But it’s also a little bit great, because it makes available the option for an emotional scene in which Adonis stops bucking back against history with anger and finally accepts the responsibility of being a Creed in the boxing world. It’s a scene I’m almost certain manifests itself in someone giving him a pair of boxing shorts like his dad wore except the new pair has the name Creed sewn onto the front: 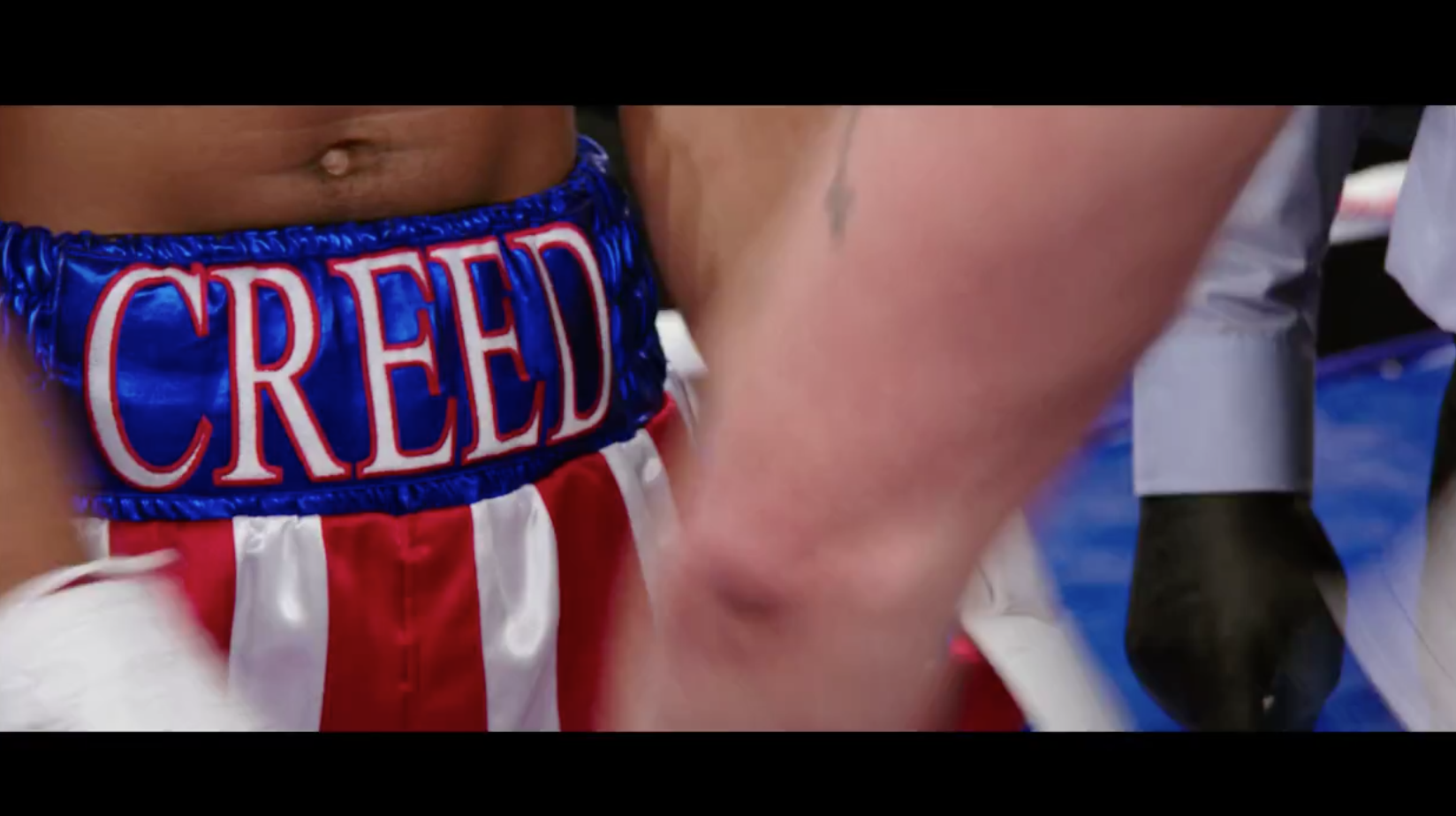 Second, I’m not sure where Adonis will end up ranking in the Rocky Fighter Index. There are just too many unknowns. Let’s take into account these questions when trying to figure out a fighter’s place in the RFI:

With the answers to the questions on that list as the criteria, the Rocky fighters are currently ranked as such:

Second place, Ivan Drago in Rocky IV: He just barely edges out Apollo Creed on the strength of his lines “If he dies, he dies” and “I must break you,” which are things people say today.

Third place, Apollo Creed in Rocky: I recently rewatched all the Rocky movies for a project and a thing that ended up being very surprising was how unprepared (or overconfident) Apollo occasionally was. He totally overlooked Rocky in Rocky, and I guess that one was understandable, but then he did the same thing with Drago in Rocky IV. I mean, HOW do you look past Ivan Drago? It was an exhibition match, I get that, but so was Rocky vs. Thunderlips in Rocky III, and Rocky got picked up and thrown into the fucking sixth row of the stands by Hulk Hogan. I know Apollo saw that. The point is this: An exhibition fight is still a fight. I mean, I don’t want to say his death was his own fault, but it kind of was, right?

Fourth place, Clubber Lang in Rocky III: Clubber Lang is my all-time favorite fictional boxer. He’s a gorgeous archetype. His vitriol was just so acidic. I love it. I love him. I watch this video two, three, four times a week. 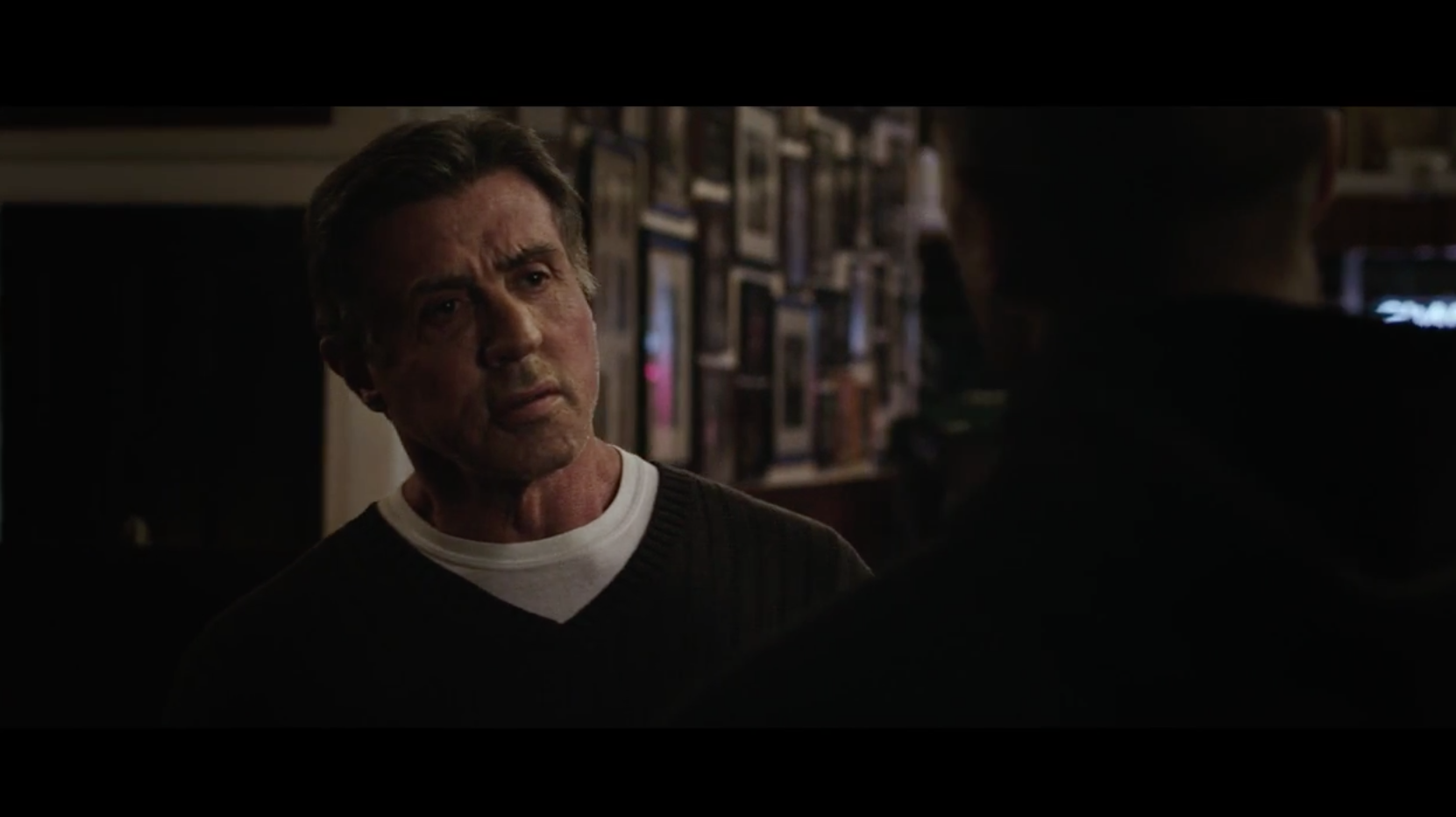 Will Rocky Die in Creed?

Yes. I’m only guessing, but yes. It’s definitely happening. This is a line from the synopsis I mentioned earlier: “Agreeing to take him on, Rocky trains the young fighter, even as the former champ is battling an opponent more deadly than any he faced in the ring.” As early as Rocky II, the doctors were recommending that Rocky stop fighting. By Rocky V, he’d developed permanent brain damage (suffered during his fight with Drago). He took that one last fight in 2006 against Mason Dixon, and Mason Dixon was basically a chump, but he was still a person who was paid millions of dollars to punch people in the head very hard, so that couldn’t have been any sort of good for Rocky’s brain matter.