Who Won the Scenes? Sylvester Stallone vs. Kurt Russell in ‘Tango & Cash’ 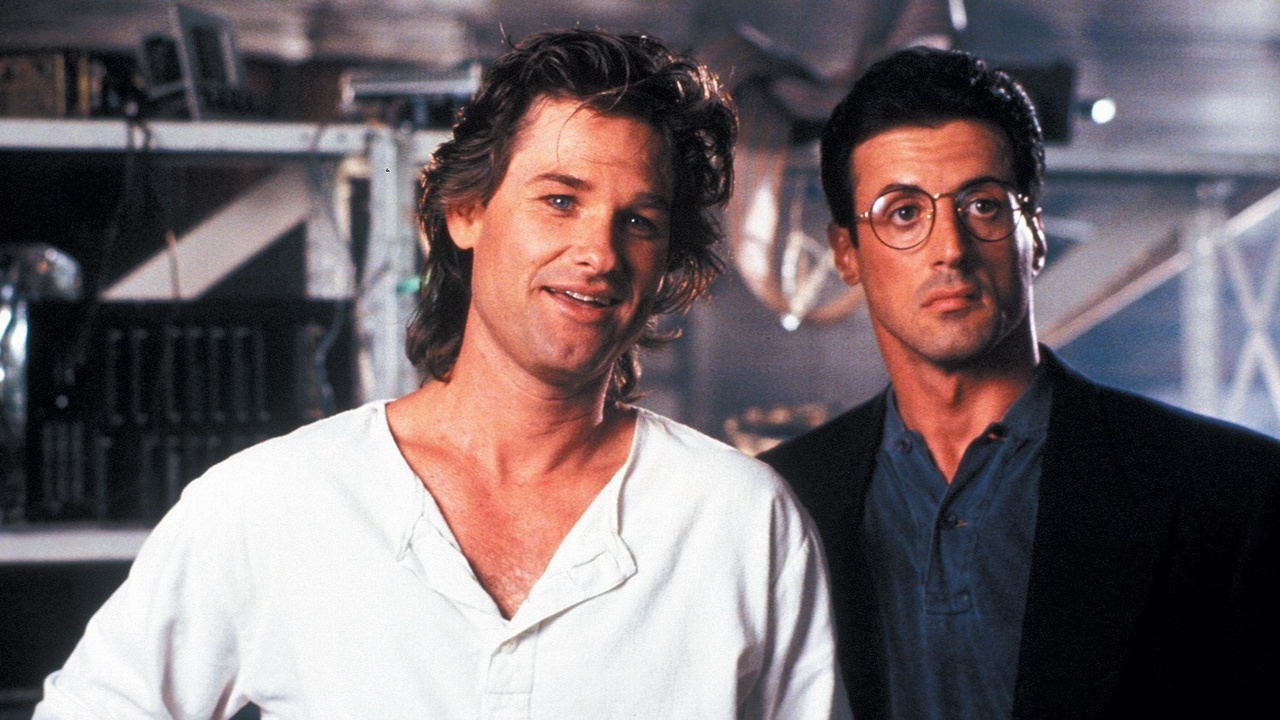 Tango & Cash is a movie starring Sylvester Stallone (he’s Tango) and Kurt Russell (Cash!) that came out in 1989. It is known for many things. I’ll list some of them:

In ’89, Stallone was nearing the end of his dominant period as a star of big, dumb action movies that grossed dozens of millions of dollars. He was just churning them out at the time: He made Rambo III the year before Tango & Cash and Rocky V the year after. Now he sought to subtly pivot in a more cerebral, knowing direction. This became more pronounced a few years later, when he made back-to-back comedies that toyed with his He-Man image: 1991’s Oscar and 1992’s Stop! Or My Mom Will Shoot. But the process arguably began with Tango & Cash.

As stupid as this might seem, Tango & Cash truly represented a “smart” film for Stallone. He got to be self-aware in this movie. (In the opening scene, a fellow cop compares Tango to Rambo, and Tango calls Rambo a “pussy.”) He got to put on fancy suits, wear glasses, and pretend like he knew what a “margin call” was. I assume Tango’s favorite book, the dictionary, was on Stallone’s bedside table at home. For the first time, Stallone exuded brainyishness.

Stallone was the action star who embodied how American culture wished to see itself in the ’80s; Russell, meanwhile, represented the decade’s truer-to-life underbelly. Russell was the guy who starred in action movies for a niche audience that enjoyed stuff like Cobra through the lens of unintentional comedy. I’m convinced that Russell was the first person (in his defining dirtbag roles in Big Trouble in Little China and Overboard) to ever wear a mullet ironically. If Russell’s mullet was in fact meta, it would explain why he tended to shed it for more serious roles in movies like Tequila Sunrise and then magically bring it back for the likes of Tango & Cash.

And yet, in the end, in spite of their efforts to emulate the other guy’s shtick, Stallone and Russell basically wound up leaning on their respective strengths. Take this clip, known among Tango & Cash scholars as the “This whole thing fucking sucks!” scene.

Stallone has more dialogue in this scene than in all of Rambo: First Blood Part II. When he says, “I think it’s the best organization in the country” in reference to the LAPD, it’s like there are 900 words in that sentence alone. Then Russell gets up, says, “This whole thing fucking sucks!” like he’s confronting Goldie Hawn on the back of a yacht, and renders Stallone irrelevant. Russell saying “This whole thing fucking sucks!” is like Olivier doing Shakespeare or Brando doing Tennessee Williams. Wheelhouses don’t get much comfier. Advantage: RUSSELL.

If you haven’t seen Tango & Cash: Stallone and Russell are these supercops who get framed by Palance’s perpetually out-of-breath crime lord, and are subsequently sent to a prison filled exclusively with bloodthirsty cons who’ve been put away by one of the two of them. In this scene, Tango and Cash are confronted in the prison’s boiler room by Palance — because Palance is everywhere, seriously, don’t look behind you, he’s there, even though he’s been dead for over eight years — and a gang of thugs.

During the prefight patter, you assume Russell is going to best Stallone once again. Russell’s delivery of “jack-off” lands, and Stallone doesn’t quite have the oomph to sell weak material like “I don’t think they’re into small talk.” Once the brawl commences, however, Stallone takes charge. Now, I suspect that Stallone’s contract stipulated that whenever he punched or kicked somebody in this movie, that guy had to fly in the air at least five feet farther than the guy Russell punched or kicked. Regardless, Russell looks human and Stallone looks superhuman. Advantage: STALLONE.

This brings us to my favorite scene in Tango & Cash, the main event, which we’ll refer to as “the part where Sly and Kurt shower together and talk about their ding-dongs.”

Now, Russell is tearing through an entire act’s worth of exposition in this scene. There’s no reason explaining the plot of Tango & Cash should be this complicated, but Russell makes it sound like a Raymond Chandler novel. Beneath all the talk about setups and the probable involvement of Quan and Lopez, though, this scene is basically one big game of “Who Can Fend Off Gay Panic Most Successfully?” And Russell trounces Stallone. It’s not even close. Russell acts out a “don’t drop the soap” joke and somehow maintains his dignity. The knockout shot occurs right here:

See how stunned Stallone looks? Stallone hasn’t looked that dazed onscreen since his first Clubber Lang bout. And Russell is practically Muhammad Ali, his wet locks hanging over his shoulders like a king’s cape. Therefore Russell must be declared the winner of Tango & Cash. Take a bow, Cash. You’re second in the title, but no. 1 in our hearts.