Meet the Flockas: A Field Guide to Self-Reference in Triple F Life 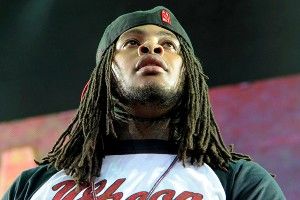 There are many qualities possessed by Waka Flocka Flame, the idiosyncratic Atlanta rapper behind this week’s Triple F Life: Friends, Fans & Family, that one can readily appreciate: his mumbly pizazz, say, or his unbridled enthusiasm, or perhaps his deep devotion to the prevention of cruelty toward animals. But if there’s one thing in particular about Waka that I find myself returning to, again and again, it’s his unshakable commitment to shouting out his own name. The profligacy and manner with which the man born Juaquin Malphurs repeats his chosen name — opening a verse, underneath choruses, with the beat dropped out and the words shoved out there, blunt and powerful, all by themselves — is something simply unparalleled anywhere else in contemporary music. For my fellow appreciators, I’ve gone ahead and sketched out a rough guide to the best of Waka’s usage of his own name on Triple F Life, so as to streamline your listening process. Feel free to pick your own favorites in the comments!