Matthew Perry’s Trying to Revive The Odd Couple for CBS 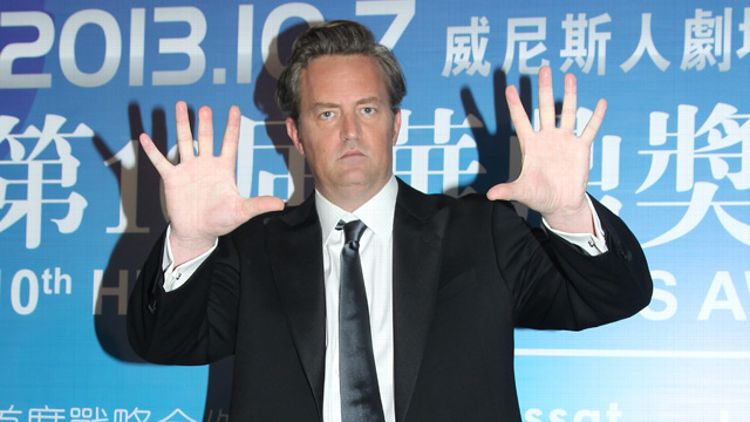 After NBC’s decision to air a live version of The Sound of Music starring Carrie Underwood as Maria turned out to be a great business move, CBS has shot back with the news that it has nabbed Matthew Perry to star in a reboot of The Odd Couple. Which network will monopolize 1965 nostalgia first? Even Mad Men has moved into the late ’60s by now. Although Perry is an NBC alum and The Odd Couple was an ABC show, it will air on CBS. Having been put through the publicity wringer for the pretty good show Go On only to find himself canceled, Perry really no longer has any reason to be loyal to his Friends network. Since Friends ended, pretty much everyone but Jennifer Aniston has struggled somewhat to break out of their typecasting, and Aniston struggled in other, Angelina Jolie–related ways.

Perry has played milquetoasts and Zac Efron in a slew of screen comedies, dated Lizzy Caplan, suffered from addiction issues, and undergone years of recovery, ultimately opening a rehab facility in his Malibu mansion. Like the entire Friends cast, he is so rich he doesn’t really have to work again, but like all actors he clearly craves the validation of the spotlight. His first big post-Friends gig was Studio 60 on the Sunset Strip, which crashed and burned despite Aaron Sorkin’s prestige because of a vital miscalculation about how much audiences sympathize with millionaire television personalities with drug problems. Perry crawled out of the Studio 60 wreckage to try again with Mr. Sunshine, an ABC sitcom that lasted 13 episodes. He did a well-received guest stint on The Good Wife, a show that is like a never-ending fountain of well-received guest stints, before starting Go On.

Recently, Perry filmed a guest spot for Courteney Cox’s Cougar Town. Publicity shots of Cox and Perry reunited for filming flooded the tabloids. Look, Monica and Chandler! They’re still together! Sure, it felt a little bit desperate, but so what? The Friends’ cast was so beloved and well-paid during the show’s heyday, but Aniston is the only A-lister out of the pack. No one told him life was gonna be this way! Forget edgy breakout roles or indie actor cred, what Perry obviously wants is to be a familiar face in homes all over the country again. He wants to be comfort food. And what better comfort food than The Odd Couple? The resilient Neil Simon play from 1965 is like a G-rated version of Edward Albee’s The Zoo Story. Personalities clash. Dishes are left in the sink. It’s like Joey and Chandler! But not TOO much like Joey and Chandler. Punch lines are set up, and presumably the syndication checks come rolling in.

CBS’s warhorse, Two and a Half Men, is already an Odd Couple rip-off, although it has changed form since Charlie Sheen’s Oscar Madison–ish womanizing loudmouth left. Perry will be playing the Madison role, perhaps as a way to distance himself further from the wimpiness of Chandler Bing. No casting for Felix Unger, the meticulous neat-freak roommate, has been announced. The last reboot of the show was in 1982, and The New Odd Couple, starring black actors Ron Glass and Demond Wilson as the titular pair, only lasted a season on ABC. A Japanese theater company produced an all-female version in 2011, the same year an American staging pitted Ethan Hawke again Billy Crudup. The play has been put up continuously since it first premiered on Broadway in 1965. Considering Perry just played a sportscaster in Go On, it’s unclear whether he’ll be playing Madison as a sportswriter, as originally written. The sturdiness of the play and Perry’s proven track record as a comedic actor may get it made, but like any project, the quality will be entirely dependent on the script. My suggestion? Get Neil Simon!

Box Office Top Five: The Hobbit Roams Back to the Top, Madea Returns