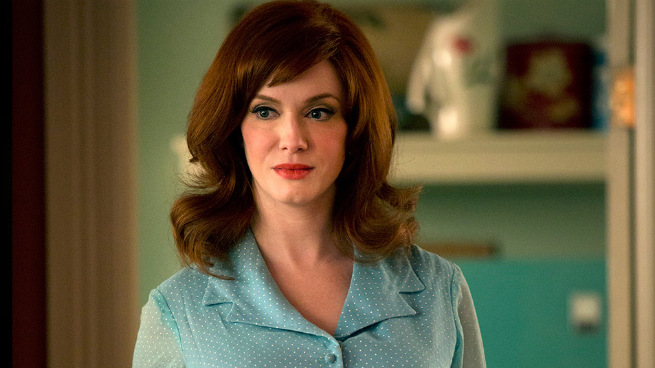 There are all kinds of families. Some might look more traditional on the surface than others, but they’re no less legitimate. Conforming to the one particular structure is no guarantee of happiness. Just watch Don when Peggy asks him how well his whole nuclear-family experiment worked out. Better yet, ask Sally! Like a marriage with no arguments, the idealized family where everyone bonds over dinner each night instead of sullenly watching TV simply doesn’t exist. Or rather, it exists only in the world of commercials, which constantly remind viewers that they are not measuring up to standards without also reminding them it’s impossible to. So why keep selling people something they can never achieve? Because provoking insecurity moves product, or so the usual thinking goes. Ads are selling the desire of anticipation. Once you make the purchase, your expectations are either fulfilled or dashed. And when has any product ever delivered what the ad promised? The wait is generally the most satisfying part of the process. 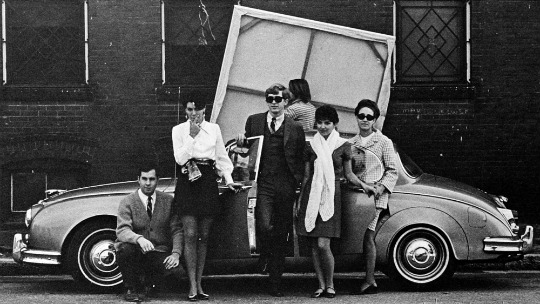 Pete is very impressed with himself for landing a woman on Bonnie’s level. He doesn’t even mind that she goes straight to Don Draper’s office to flirt with him; he’s just pleased as punch he has a girlfriend Don wants to fuck. Bonnie was hoping for a nice trip to New York, and Pete gave her what he thinks a woman would think is the perfect vacation … in 1955 … if she were Betty Draper. Pete overrules Bonnie’s plans to crash at a friend’s for the week in favor of “shopping all day and screwing all night” at a posh hotel. But if there’s one lesson the men of Mad Men never seem to learn, it’s that it doesn’t matter how high the thread count on the sheets or the nightly rate for the hotel, no amount of luxury makes up for a lack of face time. This is a chick who invited you to have sex in a cubicle-size airplane bathroom, Pete; you can bring her to the suburbs. Trudy is just as stubborn as Pete. He took her choice to avoid running into him as a challenge, opting to ditch Bonnie and Oh! Calcutta!, the racy nudity-featuring musical revue that I predict Pete would have absolutely hated. 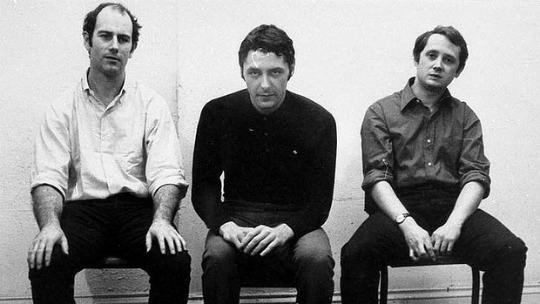 Megan fares much better than Bonnie on her New York vacation. She readapts to Manhattan much more easily than Don adjusts to Los Angeles. In a lot of ways, a long-distance thing might actually be Don Draper’s ideal relationship. He can handle the emotional labor of being a great husband for a few days every other week, could avoid monotony, and he’d never have to get in too deep. But their lifestyles are incompatible. She belongs in L.A. and he belongs in Manhattan. Her suggestion that they find a rendezvous destination halfway is a nice thought, but it unfortunately represents the current state of their relationship: intercity limbo. Living purely on the surface of things is no way to live, although it certainly got Dick Whitman pretty far in the guise of Don Draper. As a human being he craves something more. 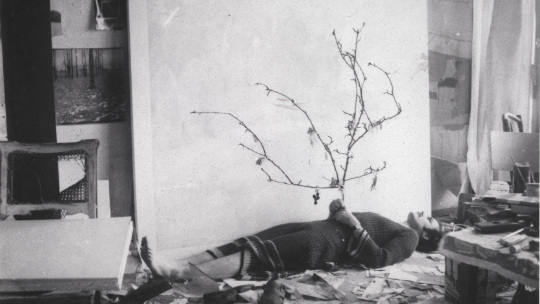 Joan also wants something other than the golden shell of a perfect life, no matter how cramped her apartment or annoying her mother is as a roomie. The women of Mad Men are all learning to live on their own terms, rather than the ones dictated to them by men. Bob Benson is not as fortunate. As a gay man he sees no options for himself but to marry a woman and have sex with men on the side, just like his Detroit colleague. However much more progressive the late ’60s were, it is still basically 1955 in some ways. Roger taunts the ad exec in the schvitz by accusing the guy of cruising him, a reminder that any intimation of homosexuality could potentially trigger violence. Bob’s colleague’s beating signals that the Stonewall riots are imminent. His proposal to Joan isn’t sinister, just desperate. He has misinterpreted her needs in the hopes that he can bend them to be commensurate with his. He doesn’t mean to insult her by assuming that a woman “nearing 40” with a child would want a husband, any husband. But having already gone through one bad marriage, Joan is not looking to get into another one. 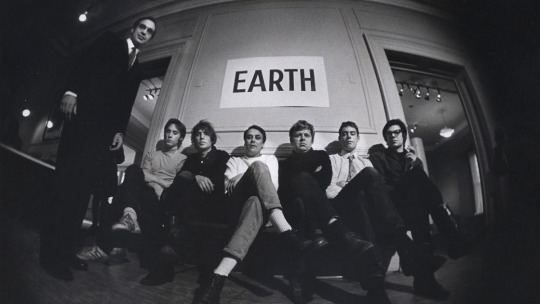 The way Bob pictures it, he and Joan could be each other’s life partners and just find sexual fulfillment elsewhere. He could move up the corporate ladder, and she would never have to put up with the shitty gender dynamics of an SC&P partners meeting again. It’s tempting, particularly since the news that Harry Crane is making partner (when he should really be replaced by a computer with glasses and sideburns). Joan and Bob would certainly be a big hit at parties, especially if Joan brings the accordion. It’s a nice fantasy, but one that requires that Bob never develop serious emotions for any men, which Joan knows he almost certainly sometimes would. Love that revolves around lies can never really be love at all. Lying to protect someone else’s feelings is condescending, and lying to protect yourself is selfish. Joan doesn’t want to compartmentalize love and sex, because for her, they’re inextricable. 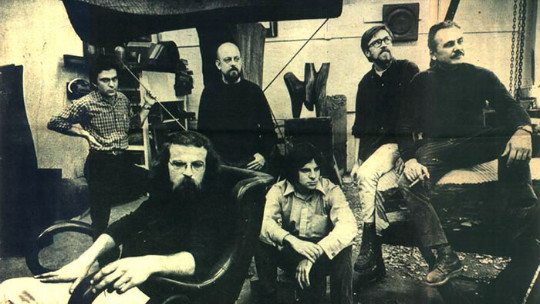 Peggy longs for station wagons and romantic stability because it seems to her like a world that she’s already been closed out of. She believes it’s only going to get worse now that she’s 30. It’s not fair, of course. It isn’t fair that Stan and Pete get to be in love and have prestige at work, and Peggy often gets neither. Her male coworkers treat her like an old maid, but refer to her as a little girl when it suits their needs. Pete belittles her by suggesting that Don do the pitch instead, and asking her to be the voice of “moms” is especially rankling since he once made a baby inside her. She’s at that point of being single where other people’s relationships offend her on principle, particularly Stan’s. He was basically her best and only real friend, but has since become one of those guys who drops off the face of the earth when he gets a serious girlfriend. 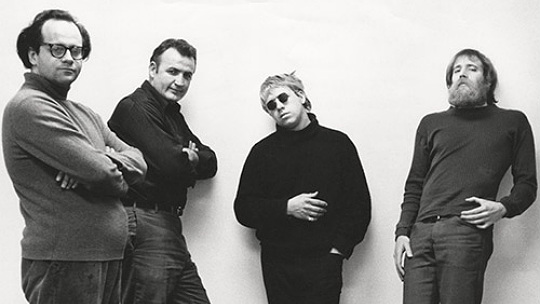 All around her, people are pushing their work life aside in favor of their personal relationships. Whatever camaraderie goes on at work tends to get shunted aside in favor of marriages and children. Since she has no personal relationships to speak of, Peggy just throws herself even harder into work. It’s not a very good distraction. She falls into Don’s prescribed pattern of drinking, napping, and making angry phone calls. When she yells at Stan it’s out of frustration, but not just at him. His comment about being happy to see Megan sets Peggy off because it fuels her paranoia that no matter how well her pitches go or what accomplishments she racks up at the office, being beautiful is still the most important quality a woman can have. 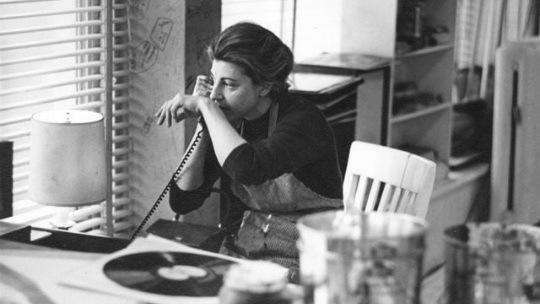 Peggy aspires to power, but doesn’t want to have to be emotionally isolated to get there. She wants both — authority and emotions. The men get to have both, so why can’t she? Don has always been extremely emotional, as she points out. Peggy feels like the universe is punishing her romantically for her success at work. She knows what a b she’s been lately, but doesn’t like it. It’s just a lot harder to be happy for other people when you’re unhappy yourself. Peggy, Joan, Bonnie, Megan, Sally, and even Betty don’t just want love from the men in their lives. They want respect, too. They want what modern ladies would term “it all.” During the all-nighter with Don, Peggy radiates the charm that she’s been lacking in the office. She’s funny, sharp, and secretly gorgeous under her unflattering turtleneck pantsuits. 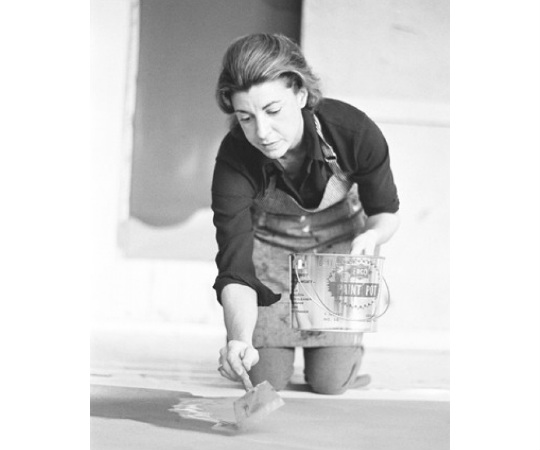 Peggy may consider herself a failure, but Don can plainly see that she is nothing of the sort. Don understands that Peggy is not just as good as any woman in the business, as Pete puts it. She’s actually better than most of the men. He knows she is the only person in the office who is his intellectual equal, possibly even his mental superior. She knows it, but she’s constantly being gaslighted into questioning her choices and criticized for asserting herself. Sometimes she makes Don look out of touch, like when he can’t envision a fast-food campaign involving a working mother being anything other than depressing. Don, whose parenting abilities are often up for question, raised Peggy through her twenties. Sure, their relationship may be sadomasochistic at times, but it’s the tender kind. They’re both switches and their safe word is “work.” I cried watching Peggy dance with Don. That whole scene restored my faith that these two might not end up miserable at the end of this show after all. 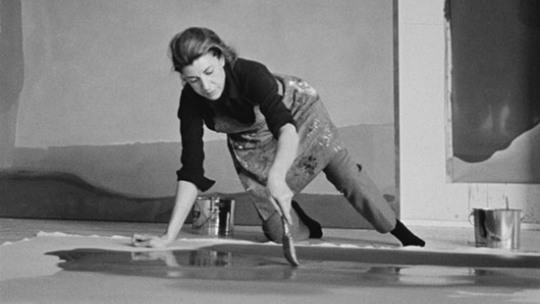 Not everyone is lucky enough to be born into a happy family, and even the happiest families want to kill each other at times (especially during holidays). One of the nicest things about growing up is that you can make your family wherever you want it to be. But in both biological and work families, it’s in really getting to know people that you discover their worst qualities along with their best. You can’t have full access to one side without glimpsing the other. Whether or not you’re close with the people you’re related to, you don’t have to be doomed by genetics. Recognizing inherited bad patterns is the first step to escaping them. 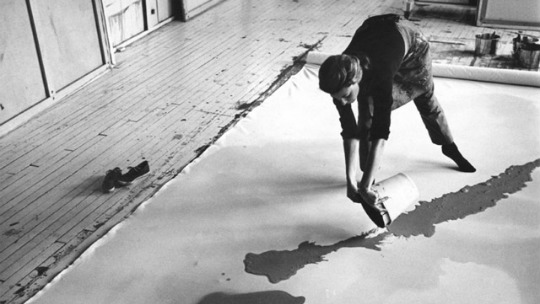 Don acknowledges that he might not have accomplished anything or be left with anyone as he drifts toward old age — advertisements are ephemeral, his work becomes obsolete as quickly as it became trendy. Don’s intellect outpaces his job. He ought to write a novel. He and Peggy are both fundamentally lonely people; smarter than everyone besides one another, they often become trapped in their own overactive brains to the detriment of their social lives. They are not the cynics other people think of them as. It’s just that they hide their vulnerable underbellies from everyone except those they really trust. Peggy needs to rewrite the script about herself, as Don would put it. With Don’s blessing to rework the ad campaign, she lays the groundwork for a new, better version of herself. Even her hair immediately looks better. I’ve always imagined that Mad Men would end darkly, with everyone’s dreams dashed and their futures uncertain. But maybe an uncertain future is the best possible kind; it contains all the promise that the disappointing present lacks. 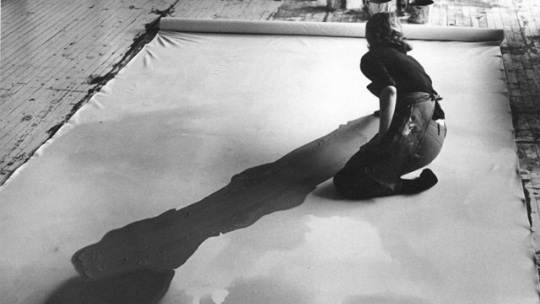 Life is long, if you’re lucky, and full of surprises. SC&P actually dodged a bullet by losing Chevy, because it means they will no longer be responsible for the Vega (the Chevy XP). Peggy can’t imagine someone being jealous of her life, but from the outside she actually looks very successful. Don can see that Peggy is lucky to have missed out on the station wagon lifestyle. As a financially independent person, she can afford to seek the true luxury: real love. She hasn’t been feeling sexy, but that should change now that she’s genuinely confident in her abilities again. She might not have (or actually even want) a car full of kiddies to drive through Burger Chef with, but Peggy Olson has what every woman really desires: choice.

‘SNL’: The Cameos Outnumber the Cast in the Andy Samberg–Hosted Season Finale