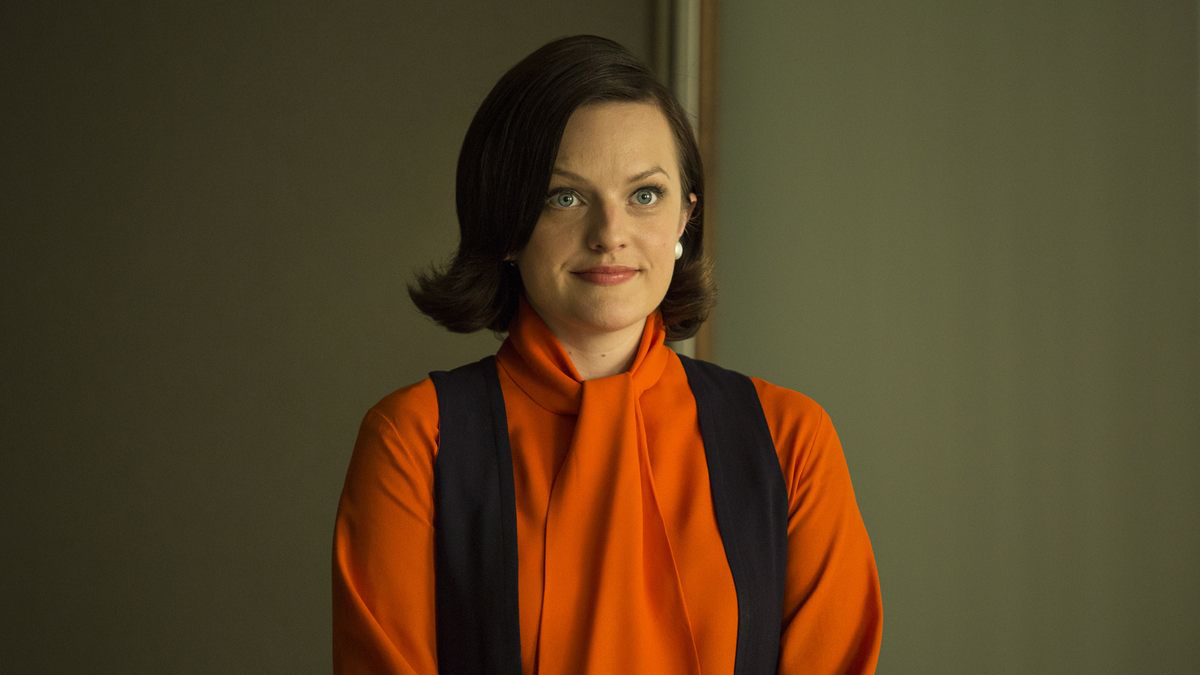 Joan Holloway started out on Mad Men as a girl we’ve all known, the girl who is just one of the guys, never offended by any come-on or sexist joke. She just has a laugh. She knows that men like women who are people-pleasers, and so she’s always pleasing the men in power, aesthetically and in her temperament — until one day she has laughed at one too many jokes at her own expense, endured one too many lecherous comments, lost one too many opportunities to her lesser male peers.1 The realization finally sinks in: They weren’t listening to her at all, just looking. And then, using the Dark Phoenix powers that every ginger woman possesses, she sets everything on fire with her mind. She gets radicalized. This is the fear of every dickbag: that the Joans of the world will reject the system they initially bought into, based on a false promise that they could fit in, after they’ve discovered that — surprise — they’re treated differently for arbitrary reasons.

Shirley figured this out really fast. She’d rather be her own boss selling travel insurance than an ambitious, intelligent, self-assured black woman navigating a field like advertising, which never planned for her existence and may never wish to broaden its boundaries for anyone new, no matter how talented. Now Joan has bumped up against that old glass ceiling. And since there’s no legitimate form of recourse, she might have to take vigilante justice and have her boyfriend call The Guy.2 Given a choice between spending an unwanted wild weekend with Ferg and taking less than she’s worth for a buyout, Joan is stuck between two bad options. Joan may still be a sexpot, but she wants to be treated like a lady. She’s nearly 40 and a single mother in a world where the term “MILF” has yet to be coined. That she’s not married doesn’t mean she has to spread for the likes of Ferg. That’s why Dr. Faye wore a fake ring — because men were more scared of a phantom husband than they’d ever be of her. She knew that being visibly single meant rejecting the sexual advances of male coworkers, and that rejecting those advances meant being reframed as a bitch. Can’t there be more options for the likes of Joan, Peggy, and Faye? How can a woman exercise her right to practice noncompliance when compliance is the core of femininity as defined by men? What if instead of always making men feel at ease, you made them feel deeply uncomfortable? 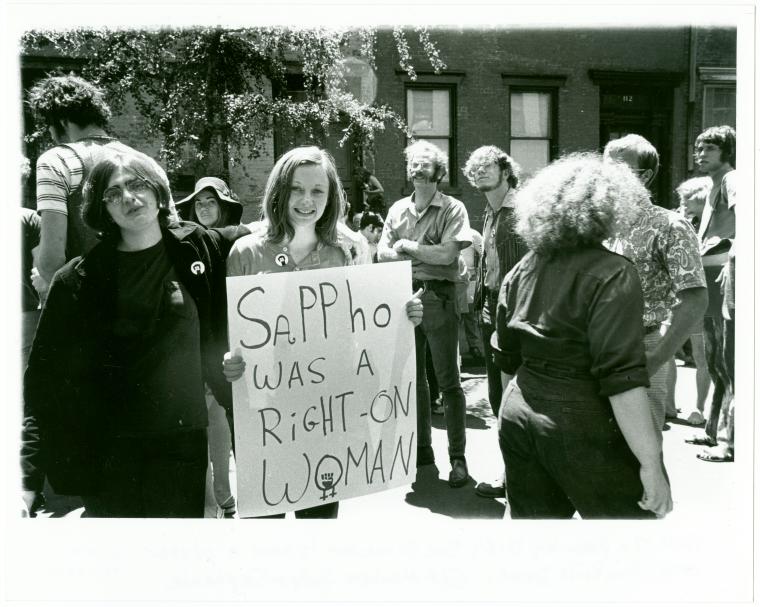 The old Sterling Cooper seems like a paradise now, in comparison to the nightmare that is McCann Erickson. The new transplants are like grade-schoolers setting out for the wilds of junior high — desperately looking for any familiar face, even a disliked one. But that’s the trick of nostalgia: to romanticize the old bad times now that they’re gone. Even the way the boys razzed Joan at home feels like a distant memory compared with the thoroughly clinical way she’s received at McCann. At least the more powerful lot in the Sterling Cooper gang (including Peggy) showed her occasional respect. Her new associates make it clear that respect is not something she’ll find in her new job. While they give her an office, it becomes clear immediately that she is meant to be ornamental: a glorified secretary, exactly what she no longer wanted to be. Maybe she once tolerated this kind of treatment as normal, expected from men, something she had no power to change. But the times are changing. The first issue of Ms. magazine will drop in 1971 (as an insert in New York, followed by a real first issue in 1972), and in 1969, Gloria Steinem published an essay called “After Black Power, Women’s Liberation.”3 Joan invokes the name of Betty Friedan to Jim Hobart and complains about sexual harassment before that term will be officially coined in 1973 to cover a wide variety of coercive and inappropriate workplace behavior. Joan’s new female office mates offer pretend friendship to try to get her accounts. They do as she once did, complaining off the clock and pasting on service smiles at work. They warn her that talking about their grievances is “not women’s lib.” They know that to really complain would be to risk being labeled a bitch, or getting fired. At the end of her considerably long rope, Joan no longer cares whether Jim Hobart thinks she’s a bitch, because he has left her no option but to be one. She tried being nice and explaining herself calmly, only to be told that nothing is ever going to change. Even the ever-friendly Meredith tired of being called “sweetheart” and “honey” last week. Peggy has a very good reason not to want to work from a space in the stenographer’s pool. It’s because she, too, will face an uphill battle convincing her new coworkers not to treat her like a secretary. 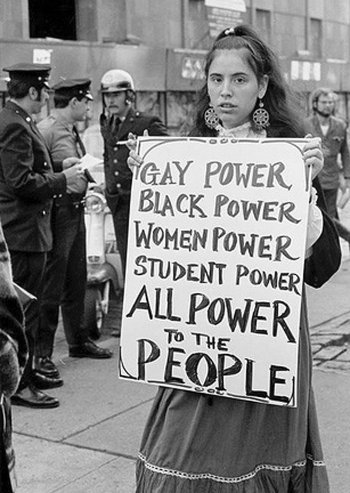 Don Draper had to drive across the country, because otherwise he’d have ended up proposing to Meredith with Megan’s old ring. He’s proposing out of convenience, because she does everything for him. If Don is doomed to eventually resent his wives, why not just pick a girl he already resents? He does like Meredith’s taste in furniture. What more does he even need in a partner, besides an unstoppable death drive that matches his own? When I said the ghost of Bert Cooper would return as a vehicular spirit like My Mother the Car, I was kidding. But Don’s hallucination of Bert wasn’t even the strangest thing that happened on his spontaneous road trip. First of all, I’m not sure Don has read On the Road, either. Sure, there are parts in which Sal Paradise is traveling alone, but the book is mostly about driving across the country with friends, Don. Friends. Don doesn’t have any of those, though. Jim calls Don his “white whale,” but Don soon realizes that Jim is merely a collector. Don is not so much Moby-Dick as one of many butterflies whose wings Jim has pinned to his wall. Surrounded by a cabal of the best admen in the world, looking out the window at the majestic skyline, Don understands what has happened. Coca-Cola will never be his. He is just a cog. They tried to make Don feel special, like he was the whole reason they absorbed the firm. He almost fell for the ploy, too, just like women fall for his own cheap seductions all the time.4 Like a popular sixth-grader forced into the social minor leagues in seventh grade, Don does not deal well with not being somebody important, maybe because he has such a tenuous grasp on who he really is. He also doesn’t deal well with rejection, which is why he treks all the way out to Racine for a glimpse at the man who would let an angel like Diana go. Diana’s ex-husband tells Don what the viewing audience has been saying all season: She’s not worth it. Go home, Don. Home to your immaculately clean apartment without a Megan or a Birdie or even a Meredith to rub your shoulders at night. Home to a place that holds no memories, no coziness, no semblance of a life. On second thought, keep driving. 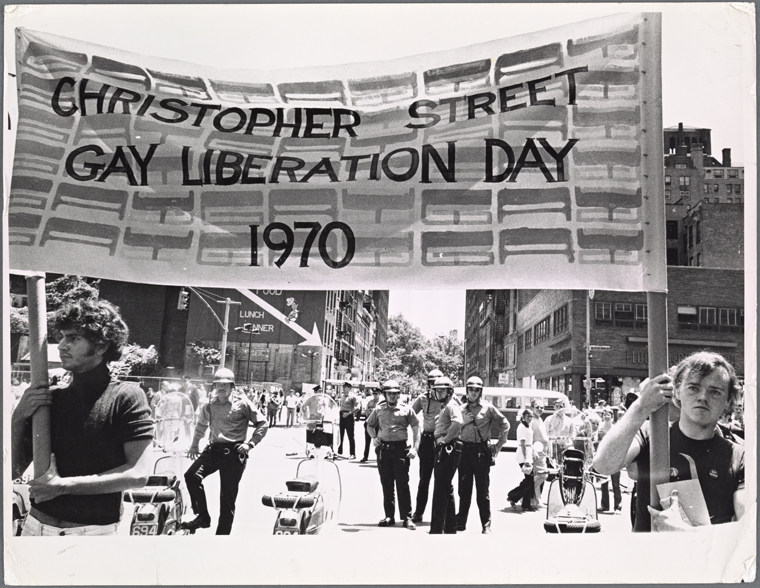 Peggy would love working from home. Can you imagine? (The next best thing would be a legitimately cool office, an empty one where she can drunk-roller-skate around while Roger plays “In-A-Gadda-Da-Vida” on the organ.) She would love the blogger uniform of fuck-you flip-flops, sweatpants, and a pajama-set tank top that says, “Cats Are a Girl’s Best Friend,” to take one totally random example.5 Peggy keeps blogging hours. She deserves to wear blogging clothes. She has never been interested in fashion or interior decorating. She cares about other things. Don’s suits are always stylish, but he’s basically wearing a uniform. Peggy would love a uniform — something she can put on without thinking about it and just get to work. That is why, in the future, she will love Hillary Clinton–style pantsuits. Better styling might have made Peggy’s life easier in some ways by making her more attractive to the men around her, but that is bullshit. And the sad, hard truth is that the men really only took her seriously from the get-go because they weren’t immediately distracted by wanting to fuck her (although many of them eventually developed slow-burn flirtations with her after getting to know her). On the flip side, Joan is always dealing with men who talk directly into her boobs. It’s a no-win situation, being desexualized like Peggy or sexualized like Joan. Peggy sometimes has to convince people to treat her like a sex object. Joan has to convince them not to. And for some men, like the new overlords at McCann, there is no convincing at all. They’re too far gone.

Roger and Peggy have a fun night that made me think of After Hours for the second time this season, as the empty Sterling Cooper space resembled nothing so much as a New York ’80s art loft in a vacated former office building driven to financial ruin by the forthcoming economic crisis of the 1970s. Peggy seemed awfully steady roller-skating for a drunk-on-vermouth person. Are we sure she wasn’t blazed? You know Stan hid or lost at least one bag of weed in the art department. Roger gives Peggy the best (and possibly the only good) advice he’s ever given anyone in his long history of doling out unrequested counsel, which is that Peggy shouldn’t fear being terrifying to men. The good ones will get it, and everyone else can go right to hell. Maybe doing acid that year really did expand Roger’s mind, because he’s suddenly the Betty Friedan of McCann. He’s right, of course, although given how Joan’s first week went, who knows how that attitude will really go over at the new firm. But best to go down skating like Rollergirl through the halls of power, cigarette a-blazin’, clutching a dead man’s antique hentai collectible in her cool fists. Whatever happens next week when she starts work at her new corporate empire, she’ll always be able to say: She did it her way. 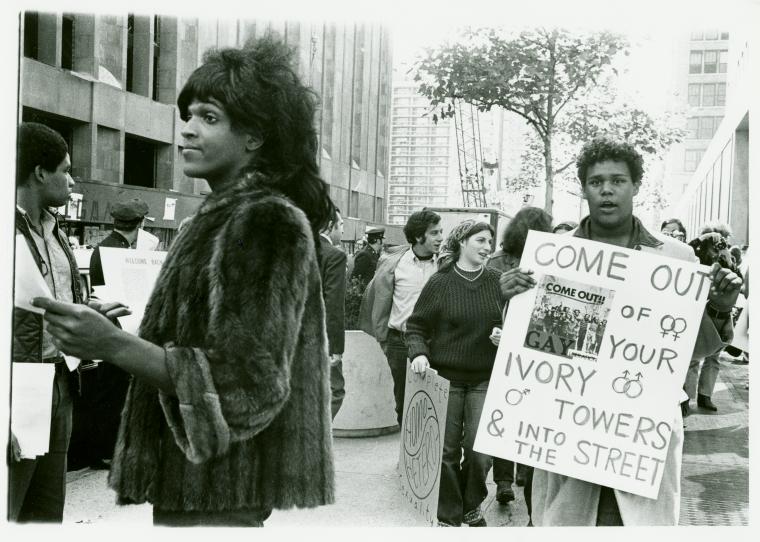 Will Don ever go back to work at McCann? Why should he? There’s only one way out of that towering skyscraper building, and it’s straight down toward the abyss. Don is going to drive to his route’s logical conclusion, if On the Road is any hint. The only ones for Don are the mad ones, the ones who are mad to live, mad to talk, mad to be saved, desirous of everything at the same time, the ones who never yawn or say a commonplace thing, but burn, burn, burn like fabulous yellow Roman candles exploding like spiders from Mars across the stars. Maybe California is still in Don’s future. He’s currently headed due west. He’s going to drive, drive, drive across this occasionally great country of ours until he reaches the edge of the Pacific Ocean. And then he will get out of his beautiful car and walk into the sea. Cue Curtis Mayfield’s “(Don’t Worry) If There’s a Hell Below, We’re All Going to Go.” Roll credits. The end.

The Last Bro on Earth: Masculinity in the Postapocalyptic Wasteland