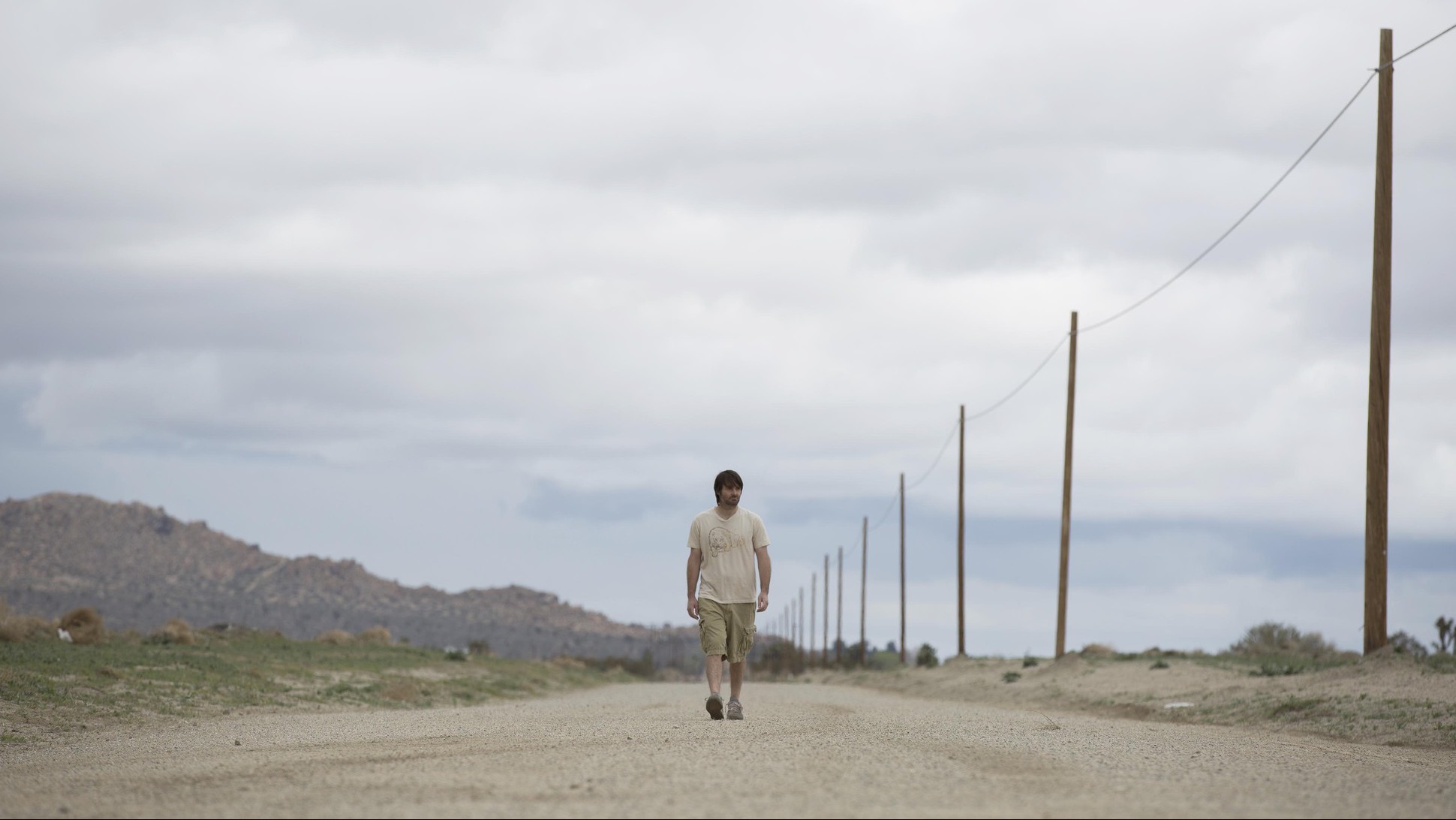 Phil Lord and Chris Miller, the ascendant dons of Comedy Hollywood, have a ton on their plate. A Lego Movie sequel. An animated Spider-Man. Freelancing on The Flash. A female-led Jump Street installment. A Men in Black/Jump Street crossover?! But right now, their primary concern is the last few minutes of The Last Man on Earth.

On Sunday, the season finale of the postapocalyptic comedy aired on Fox. Lord and Miller cocreated the show with their pal Will Forte, and the duo are its executive producers. Miller had seen the episode with an audience; Lord had not. And so a quick conversation about the response to its revealing twists was necessary. It’s settled: more of a whoah than a gasp.

Last week, with the first season out of their way and a second-season pickup secured — and before all that other nonsense gets in their way — Lord and Miller talked to Grantland about LMoE. [Note: Spoilers about the finale are amply marked below.]

The basic premise of the show allows you to go in so many different directions. Was there any early iteration of this that was solely focused on the character of Phil Miller? You know, a much quieter show?

Miller: That was never a part of the plan. The way the show came about is, we wanted to work together [with Will Forte], we kicked around a couple of ideas, we came upon this postapocalyptic comedy idea, and then after talking about it for a little while, Will went off and wrote a treatment for what the first season would be. And that involved all these other characters. It was very similar to what ended up happening.

Click here for all of our interviews with fascinating people from the worlds of sports and pop culture.
There was definitely a debate as to how long he should be alone before Carol showed up. But it was hard to have a narrative drive without another character to play off of. You can give him some artificial goal — I gotta repair the satellite tower so I can get communication! Then it’s something like Cast Away, or All Is Lost — I wanna get off the island, I wanna get back to civilization. But there’s no civilization to get back to!

The whole end-of-the-world thing is about finding out who you really are. But he’s not struggling to survive, exactly.

Lord: A lot of the stuff we like to do has a heightened sense of an everyday experience. It’s like we stripped the background away and it turned into a cartoon. It’s a very simple struggle. When Kristen Schaal and January Jones come in, it’s this very boiled-down elemental problem: There’s the girl you should be with and the girl you want. And then there’s every new situation: What’s it like when there’s a rival in town? What’s it like when you get kicked out of a group? It’s regular social problems and social skills, but it’s intense, because it’s life-and-death. But there’s still Doritos. It’s life and death with Doritos!

At one point, it dawns on the characters that repopulating the Earth would require a fair amount of, well, incest. Is that something you agonized over?

Miller: It was definitely something we talked about a lot. [Ultimately], it’s really — whatever’s funny [ends up on the show]. It’s still the early stages, they have their own psychological issues to come to terms with. They’re still figuring out the way their society is gonna be. I think they gotta sort that out before they figure out the optimal situation for repopulation.

There’s one brief flashback to a pre-apocalypse birthday party, but otherwise you don’t really use the device. Was there a time when you thought you’d rely on those more?

Miller: Yeah, I think so?

Lord: It was with Will’s boss, and he’s giving him a really hard time. He tells him, “You gotta wash my car, bro.” And he makes Will wash his car. And his car is that red car that Will blows up. There’s this whole backstory for why it’s really fun for him to blow up.

A lot of [planning] was about, “Do you think [Phil Miller’s] gonna be sympathetic?” [The flashback] was kind of a hedge. And Will wanted the whole time to stay [in the present] with him. You fill in the blanks.

Will has such a strong voice, and our goal from the beginning was, “Let’s get Will’s voice on television in its purest form.” It’s so unique. It’s not like any other comedian out there. So our attitude going in was, “This isn’t the Chris and Phil show,” this is Chris and Phil helping Will get his show on the air. I think we were able to help him preserve the integrity of what he was trying to do, and to shape it for a broad audience. It was a really positive collaboration. [Self-consciously overly serious voice.] It only strengthened our beautiful friendship.

Lord: I don’t know if we did a lot of that. Our thinking was, “Let’s just make sure this is sympathetic and emotional. And then let’s fight to keep all the really insane parts.” And I think a big part of it was just wanting to prove to him that we’d become better directors since Clone High.

The other small thing we contributed is we really encouraged him to improvise after the first few takes. That wasn’t the typical way he’d worked, and he loved the script, and the script was great. But improvising allowed a bit of looseness, and that made a really big difference.

Miller: And certainly with people as talented as Kristen Schaal, you’re not exploiting all the superpowers of your team if you don’t get some of that [looser] stuff in there. But yeah, it’s crazy how he can go between really, really small and personal, and kind of heartbreaking, and then to, you know, screaming and using his pants as a tent.

Some people do their best work on SNL, and that’s not a bad thing: SNL is just the best vehicle for certain performers’ talents. Knowing Forte, did you think SNL was that for him? Or did you always anticipate this nice post-SNL run he’s having?

Lord: We always thought he was interesting as an artist. Before he went to SNL, he had this whole career as a comedy writer. We never doubted that he’d do something interesting after the show. Also, because of our feature [movies] career, we’ve seen the list of leading men. When you try to cast a leading part, those lists are pretty short. You think, They need a guy that’s young enough to be single in a movie, and is really funny, and is handsome, and it’s like, please, he’ll get gobbled up in two seconds. And on top of that, he’s such a deliberate, careful performer. It’s not surprising to me that he was great in an Alexander Payne movie.

As you’ve pointed out, one of the funny ways being on a network has restricted you is with the sex scenes — you can show them naked from the shoulders up, and you can show them on top of one another in a bed, but you can’t actually show the sex partners moving.

Miller: Yeah, and it made it even funnier. It’s so odd. And Carol already has an odd way of having sex. And then the fact that they can’t move — they can’t thrust, at all. It just makes it all the weirder. Which I think is delightful. As you might imagine, with sex scenes, we definitely had the most arguing and back-and-forth and cuts with the standards department.

Lord: A lot of the back-and-forth was over what sounds Kristen could make. How sexual the sex sounds could sound. Moaning wasn’t really [allowed]. So we were like, “OK, we’ll just make them sound like cat screeches.”

SPOILERS FOR THE FINALE BELOW.

The finale has two big twists, one of which is the reveal that Phil Miller’s brother is alive and well, alone in a spaceship orbiting Earth. That brother is played by Jason Sudeikis, who we saw once before, during a brief glimpse of a Miller family portrait. So had people picked up on that? Were they asking you when Sudeikis would show up again?

Miller: Only a few people picked up on the setup of Sudeikis in the picture in the pilot. It goes by so quickly.

Lord: Yeah, it wasn’t like they were wondering how it was gonna play out. They seem to have seen it as a tossed-off nod.

Miller: But obviously, it was really gonna be a part of the plan from the beginning.

The other twist is that Phil and Carol decide to ditch their fellow survivors. So are we ever going to see Todd, Melissa, or Sexy Phil again?

Lord: It’s all up in the air. Part of it is that we haven’t started writing the second season yet. I don’t wanna box Will in in the writing. It’d be kind of a dick move … It certainly seems like there’s a lot of possibilities. I have always wanted to, with every episode that we’re making, to feel like the show changes from week to week.

Before you go: You guys have so much else going on, like this 21 Jump Street spinoff with women—

OK, well, this isn’t really about the show, but you know how whenever you’re written up people love referencing “Everything Is Awesome”? Have you considered that, if, God forbid, anything starts to go south for you guys, how quickly everyone will jump on the phrase “everything is not awesome”?

Lord: Well, yeah, that’s another reason we want to keep our streak [of successes] alive: to save the universe from a bad pun.