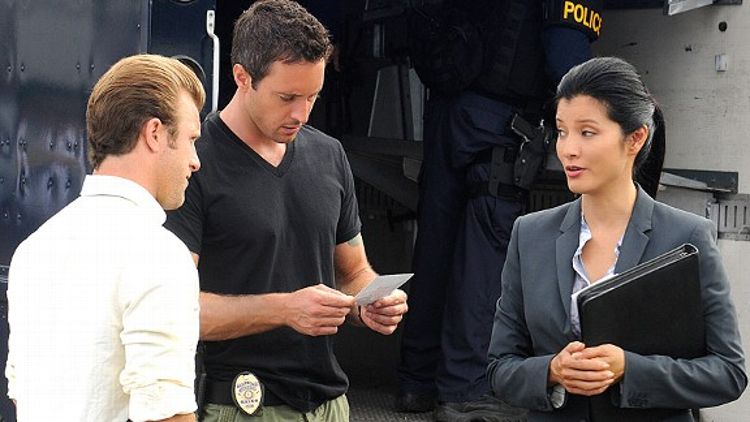 You’re busy and only have time for so many murders per week. So which TV procedurals are actually worth your time? We consulted the plot descriptions for this week’s grisliest dramas and, below, offer our best advice on how to manage your viewing schedule. Note: This is a very special, very shortened Thanksgiving Edition of the Murder Forecast, since nearly everything is in re-runs this week.

NCIS: LA (CBS), “The Debt” (Tuesdays at 9 p.m.)
“A botched assignment forces Hetty to fire Deeks and send him back to the LAPD. Meanwhile, an awkward goodbye between Kensi and Deeks leaves her with unexpected emotions for her old partner.”

The let’s-randomly-show-our-main-character’s-personal-lives procedural episodes can be, at times, awkwardly brilliant. (I still fondly recall that time on Law & Order: SVU when Detective Stabler somberly took his daughter aside, pointed at the family computer, and explained how the bad guys are “now … coming in through here.”) Also, this Deeks-Kensi situation is a long-running near-coupling (people make fan videos and everything), and an episode dedicated to exploring the simmering sexual tension will be greatly appreciated by millions. But amidst all of these emotions flying around, will anyone be getting shot or stabbed or tossed off the side of a boat in the dead of night? I fear not.

NCIS (CBS), “Sins of the Father” (Tuesdays at 8 p.m.)
“After Anthony DiNozzo, Sr. is found in a car with a dead body in the trunk and no memory of the previous night, the NCIS team must figure out if he is capable of murder. Meanwhile, Tony is sidelined for this case and must go against orders to try and prove his father’s innocence.”

Ahh, much better. Yes, emotions will be explored, but this time it’s in the name of criminal investigation. Meaning: while NCIS: LA will be doling out the meaningful eye contact, O.G. NCIS will be slamming interrogation doors, chasing down creepos, and yelling about “protocol” and “administrative suspension” and “justice” and stuff. Also: Has there ever been a more fundamentally sound procedural-related clause than “dead body in the trunk”?

Hawaii Five-0 (CBS), “ki’lua” (Mondays at 10 p.m.)
“McGarrett finds himself in need of the Five-0’s help when he goes to North Korea with Jenna Kaye to deliver a ransom to rebels who are holding her fiancé hostage. Meanwhile, the Five-0 investigate the murder of an investigative reporter who seems to have ties to Jenna. Singer and songwriter Jimmy Buffett guest stars as Frank Bama, a helicopter pilot and friend of Joe White’s who helps the Five-0 in North Korea.”

Uh, WTF? The whole Five-0 posse teams up with hero helicopter pilot Jimmy Buffett to save the day in North Korea? Will Kim Jong-un be making a cameo as well? Is the crew going to get from Hawaii to East Asia via surfboards? Did the North Korea Tourism Board approve this? Even if this wasn’t a short week of scarce competition, Hawaii Five-0’s Madcap North Korean Cheesburger-Paradise Adventure would have been a must-watch.

Amy Winehouse Gets a Posthumous Video