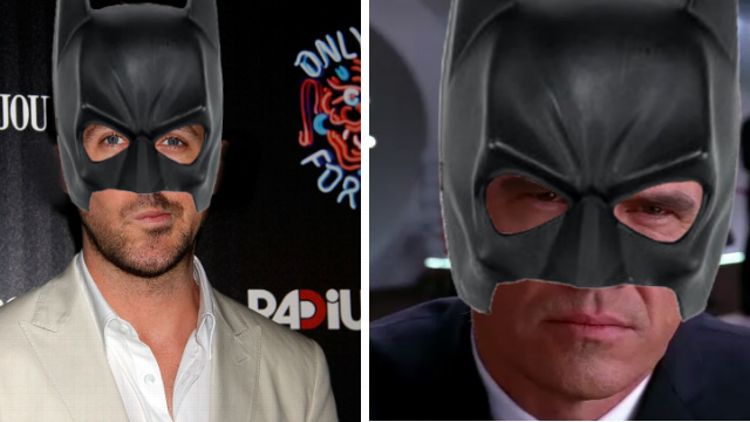 You thought Bruce Wayne enjoying a mocha frappuccino in the sunny palazzos of Tuscany with the chick from Bride Wars was the last we’d see of the vigilante playboy billionaire for the foreseeable future? You thought wrong! As was just recently announced at this year’s Comic-Con, Batman will return to us in 2015, at the behest of Zack Snyder, when he’ll face off with Superman in the Man of Steel sequel. Exciting stuff, to be sure. Exciting enough to warrant casting speculation two years ahead of time, and before a script has even been written? Yeah, sure, why not.

Since Christian Bale is hanging up the suit, it’s time for an enterprising new fellow to step in. And this weekend, we got some clues as to what that fellow will look like. As THR reports, “Snyder is only just beginning to look at actors. But the real insight is the kind of Bruce Wayne/Batman that Snyder is looking to cast. According to numerous sources, this Wayne/Batman will be in the late 30s or around the 40 mark. He will be established and rugged.” So, of course, that means … 32-year-old Ryan Gosling?! Ehh, what?

As you may recall, though, Gosling was just thrown into Star Wars rumors, too. So perhaps it’s safe to say his name gets bandied about for most big, juicy roles these days? Also, the rest of the rumored names actually do fit the description. We got Josh Brolin out in front (“Two sources say Brolin is the front-runner at this stage, but a studio source dismisses the chatter, saying that the casting process hasn’t even begun”), and then True Blood’s Joe Manganiello (“Snyder liked him as a possible Superman for Man of Steel”); British actor Richard Armitage (Strike Back, The Hobbit); TV actor Max Martini; and, well, OK, one more non-rugged curveball: Matthew Goode. (As THR points out, Goode played Ozymandias in Snyder’s maligned Watchmen adaptation.)

Again: no script, no casting process yet begun — feel free to ignore all of this. But while we’re just throwing out names at random: Has anyone called Denzel? Presumably Mr. Washington wouldn’t be particularly interested in following up Christian Bale; I gotta assume it’s not a good look for A-listers to pick up scraps, even when they’re as juicy as this one? But, goddamn, he would shred. Also: Clive Owen? I have no idea what happened to that man’s career since roughly 2006. But when he was on, he was one of the best we had, and Batman would be just the thing to put him back on top. And, OK, one last one. Ready? Ready? George Clooney. Yes. It’s time. Drop the codpiece and give him another shot.

OK, your turn to pick a Bruce Wayne: Guess and suggest away. And remember: Your barely informed speculation is just as valid as anyone else’s.