Lana Del Rey Doesn’t Want to Be a Pop Artist … But Who Can Blame Her? 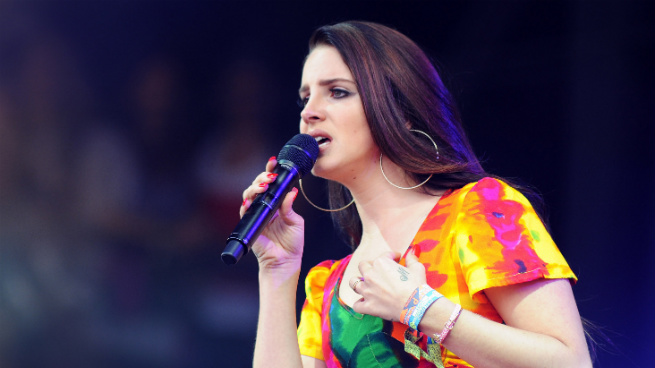 Two new cover stories about Lana Del Rey in Rolling Stone and Complex magazines reveal more than ever before about the elusive chanteuse born Elizabeth Grant. The most important bit comes from Rolling Stone, which reveals that Lizzy read Anthony Scaduto’s 1972 book Bob Dylan: A Biography and called it a “road map.” Just as Minnesota kid Robert Zimmerman created “Bob Dylan” for his own purposes, Grant fashioned the “Lana” persona and likewise formed it out of literature and Americana, self-invention being the most American trait of all.

Another very American trait that Lana may have picked up? Rockism, the critical belief that genres exist in a hierarchy, wherein rock is inherently more authentic and valuable than pop. “If they thought it was supposed to be categorized as pop music, that was the first mistake,” she told Complex. “It wasn’t made to be popular. It was more of a psychological music endeavor. I wasn’t out to make fun, verse-chorus-verse-chorus songs. I was unraveling my history through music.” Rock hasn’t been at the top of the musical hierarchy in more than a decade; hip-hop and electronic music now dominate the prestige market. Probably the last “rock” band to command real critical value was Arcade Fire. But rock springs eternal, and as the EDM wave crests in America it seems natural that rock should sweep back in, just like grunge unleashed a torrent of cleansing Seattle rain on the dying hair metal scene.

The triumph of rock already has one acolyte: Taylor Swift, who wrote an editorial for The Wall Street Journal about the future of the music industry, predicating its success on supporting career singing/songwriting artists instead of novelty acts. Tellingly, she cites bonds like “the one my father has with the Beach Boys and the one my mother has with Carly Simon.” Swift is implicitly grouping herself with these artists, who had huge commercial success but were also critically beloved and legitimized. She equates the artist-fan connection to a romantic relationship, optimistically stating that it can be an equal exchange. Taylor Swift’s music is more often categorized as country or pop than rock, but she plays guitar onstage and is probably the biggest single rock star in the world right now.

Lana and Taylor have a lot in common: They’re both big-selling outliers in a record industry still struggling to figure out a new model in the wake of the digital world. Lana and Taylor are both suggesting that we go back to the ’60s and ’70s, a time in which they believe labels better understood the value of giving real artists carte blanche to make whatever kind of music they wanted. It’s not an unfounded belief; the Beatles were simultaneously the most popular and innovative artists of their time. Elvis invented modern rock stardom, which by the ’70s became the Almost Famous image we have today.

Lana cites Bruce Springsteen and Bob Seger as influences. She compares Born to Die to Born to Run and Ultraviolence to Nebraska. Jimmy Iovine compares Del Rey to Stevie Nicks and Patti Smith. “Midnight at the Oasis” songwriter David Nichtern, an early supporter of Lana’s, describes her as “the outer manifestation of Marilyn Monroe with the inner manifestation of Leonard Cohen.” Cohen isn’t exactly a rock artist, and neither is Del Rey, musically speaking. Nobody mentions Madonna.

Nobody brings up folk rock, either, but both Taylor and Lana fetishize the Laurel Canyon scene of the ’60s, which not coincidentally brought a lot of new opportunities for women in music including prickly genius auteur of her own image Joni Mitchell. Joni, for her part, hated being grouped with her female folk-rock contemporaries and wanted to be classified as jazz, since it was one of the most critically serious genres for coffee-shop folk at the time.

Female artists are often labeled pop by default, even though the definition of pop is continually shifting and genres are less definable than ever. But when a genre-straddling artist like Lana or Taylor compares herself to ’70s rock legends, the intention is clear: They want to be taken seriously, as seriously as James Taylor or Kurt Cobain. The whole pop-star-as-superwoman thing seems like it has gone about as far as it can go right now; Lady Gaga pushed the whole Artpop thing to its logical brink, and the only pop star who really gets taken seriously as an artist is still Beyoncé, who doesn’t write her own songs (a key rockist requirement). Rock feels like the logical next step. And it may not be fair, but great rock stars get to have career longevity, while even the greatest pop stars still get thrown off a metaphorical cliff.

You can’t blame Lana or Taylor for internalizing rockism. Of course they want to be Mick Jagger. Isn’t that why anyone picks up a mic?