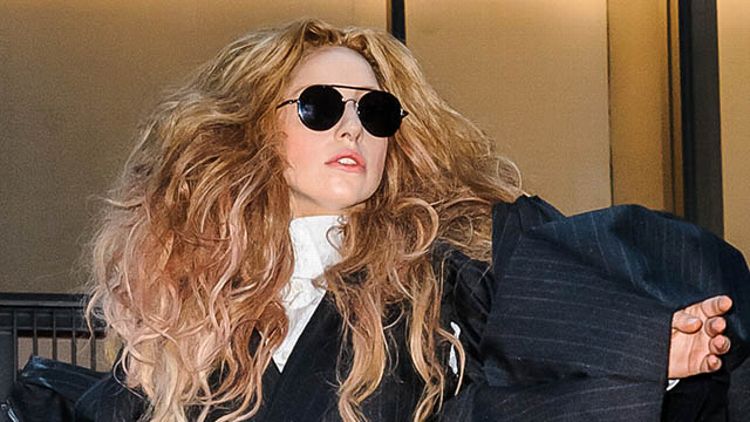 Remember back in 2011, when Lady Gaga hosted (and directed) an ABC holiday special called A Very Gaga Thanksgiving? Sure you do (but if not, here you go). It was actually pretty great; it was set at Gaga’s alma mater, Convent of the Sacred Heart, and featured Katie Couric and Tony Bennett (who at one point called Gaga “America’s Picasso”) and a number of wigs (duh). It was just announced that Gaga will once again return to ABC for another holiday season television event, but this time there are Muppets.

Gaga has a long history with the googly-eyed puppets, having brought Kermit to the 2009 VMAs as her date and worn all of his siblings as an outfit in the same year. Jim Henson’s creature shop contributed to Gaga’s Monster Ball Tour, and she even had a planned cameo in 2011’s The Muppets that never materialized. She is such a friend of Muppets, and she basically has become one, albeit the kind of furry monster who would bid millions of dollars on photos of Michael Jackson’s head injury. News of the special, which was reportedly filmed in Los Angeles, dropped amid more full-court press publicity in advance of the release of ARTPOP. Gaga participated in a Twitter Q&A on Sunday, during which she revealed that “the studio is actually a hospital and i am a very sick person” and that the album is “a complete and total transportation from pop culture as you know it into an explosion of art fantasy, rage and eros.” The lyric video for “Aura” leaked, along with the full ARTPOP tracklist (and a few days after the first images of the Koons-designed cover art), and there was also a 12-second preview of the track “G.U.Y. (Girl Under You)” posted to Gaga’s YouTube page and last week’s announcement that ARTPOP’s next single will be “Venus.” She’s so busy that conspiracy theorists speculate she’s multiple people, and as she enters her fifth year of mainstream fame, she seems to be working harder than ever.

Lady Gaga is not an Oreo or a Ritz Cracker. She’s more like pickled herring: not for everyone. The crowd she pleases is among the most loyal any celebrity can boast (and by “loyal” I mean “willing to threaten the life of a detractor’s child on Twitter”), and they have become a group that’s anxiously attuned to insinuations that Gaga might be pushed out of the spotlight. She appealed to her followers to purchase multiple copies of “Applause” to win a trip to London in order to edge it past Katy Perry’s “Roar” on the charts. For all of her trumpeting over how great ARTPOP (which drops November 11) will be, it seemed like a move that bordered on desperation. The Little Monsters who jump to Gaga’s defense when she’s subjected to criticism can alienate her from less fervent fans, just as Gaga’s eccentricity might work against her longevity. After five years, Gaga’s performance art has become predictable, though arguably no less enjoyable (though as last week’s SNL proved, she’s still tricky to impersonate once you get beyond the props). The shock has worn off, and now a new generation of pop stars is finding ways to scandalize us at the VMAs. ARTPOP will probably be a turning point for our Lady of the Meat Dress, and when we can listen to it in its entirety, maybe we’ll know just how much Gaga is winking at us with lines like “One second I’m a Koons, then suddenly the Koons is me.”

Muppets creator Jim Henson shared some Gaga-esque ambitions when it came to experimental mixed media projects. An abandoned pre-Muppets project of his, a nightclub named Cyclia, was billed as “the entertainment experience of the future-theater of the year 2000.” Gaga has always looked ahead, but sustaining that kind of vision can be difficult — images become less malleable with time. Then again, there’s always the chance she’ll surprise us. Who knows? She may get the Muppets drunk and convince them to perform burlesque with turkey legs and mistletoe. But she better keep her hands off the frog. We’ve survived the a-pop-calypse, but I don’t know how we’ll stand up to an a-pig-alypse.