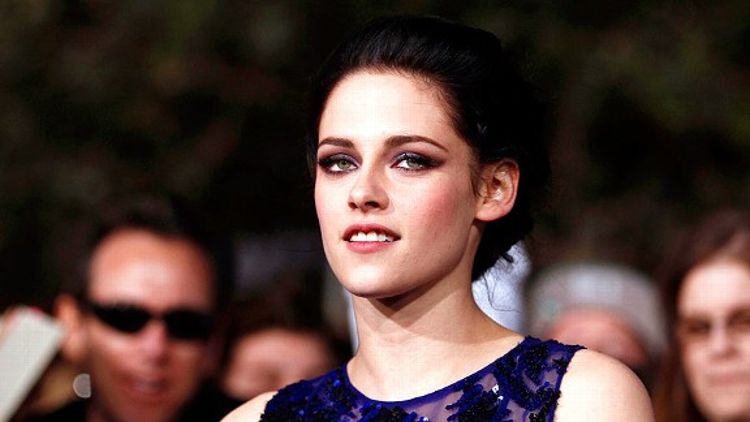 Kristen Stewart has been offered a role in the Akira remake, although it’s not yet clear if a deal will actually go down. Stewart will be playing Ky Reed, a character who is “part of an underground movement to expose the government for turning orphans into living weapons.” If Stewart doesn’t accept the role it will most likely be because, sources on the inside say, she wants more time to gleefully roll around in bed with stacks and stacks of her Twilight millions. Grade: B [HR]

With the Dr. Conrad Murray trial having concluded, Michael Jackson estate executor John Branca has begun engaging in talks with Ivan Reitman‘s Montecito Picture Company about an MJ biopic which would only cover certain periods of the legend’s life. Considering how tricky this kind of thing would be to pull off well, plus the Jackson family’s penchant for infighting, you can probably plan on taking your grandchildren to this one in your flying space Volvo. Grade: C- [Showblitz]

Nicole Scherzinger, who has been trying to put a solo album out for years, is going to have to wait a few months longer. Killer Love, which is the follow-up to the never-actually-release Her Name Is Nicole, has been pushed back from a December release to an undisclosed 2012 date by her label, Interscope. (It’s already out in the U.K., but this version will apparently be different) We ask you, cruel world: Is this any way to treat history’s most famous Pussycat Doll? Grade: D [HR]

Prime Suspect, NBC’s crime drama starring Mario Bello in a role originally featuring Helen Mirren on British television, will run through its original 13-episode order and then shut down production due to low ratings. And as we speak, the ever-classy Helen is sending Bello a cake frosted with the words “Mirren wins again!” Grade: B+ [Deadline]

Meanwhile, Chelsea Handler‘s show will live forever. After turning in some big-time ratings numbers, Chelsea Lately has been re-upped on E! through 2014 in a deal worth $25 million for Handler. Says Chelsea in a statement, “It’s a great time for women in comedy, and it’s a great time to have real breasts.” Three more years of pure gold like this? Fantastic! Grade: D [Deadline]

Tim Burton is in talks to direct, and hire a writer, for the adaptation of Ransom Rigg’s Miss Peregrine’s Home For Peculiar Children. The book revolves around a teenager who discovers the remains of the titular home on his deceased grandfather’s property, and detects the presence of the titular children as well. In a statement, Burton said, “It’s vaguely spooky, and I can cast Helena Bonham Carter somewhere? Where do I sign?!” Grade: B- [Deadline]

Mirror Mirror Trailer: Because You Demanded Another Snow White Movie