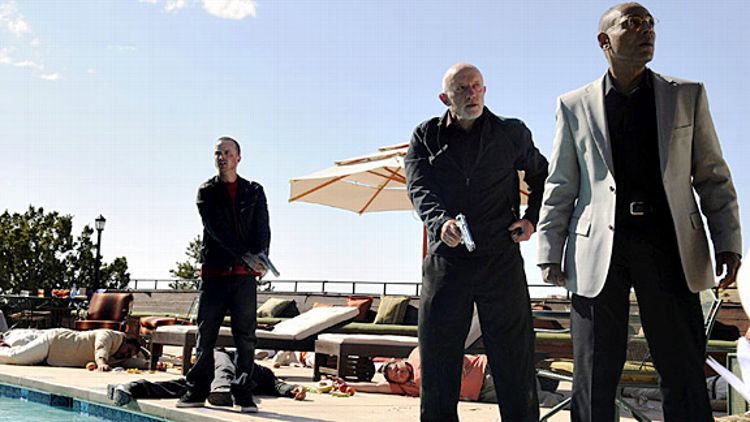 As we recover from last night’s face-melting season finale, here, from the Grantland archives, is Chuck Klosterman’s July 12 essay on Breaking Bad:

Though some may disagree (and I’m sure some will, because some always do), there doesn’t seem to be much debate over what have been the four best television shows of the past 10 years. It seems like an easy question to answer, particularly since it’s become increasingly difficult to write about the state of TV (or even the state of popular culture) without tangentially mentioning one of the following four programs — The Sopranos, The Wire, Mad Men, and/or Breaking Bad. The four fit together so nicely: Two from HBO that are defunct, two from AMC that are on-going, and all of which use nonlinear narratives with only minor experimentation. There have been bushels of quality television during the past decade, but these four shows have been the best (and by a relatively wide margin). Taste is subjective, but the critical consensus surrounding these four dramas is so widespread that it feels like an objective truth; it’s become so accepted that this entire paragraph is a remarkably mundane argument to make in public. I’m basically writing, “The greatness of these great shows is defined by their greatness.” There’s no conflict in stating that good things are good.