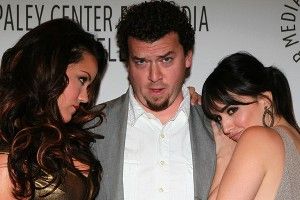 Guess who’s back from near-death?! Despite Eastbound & Down co-creators Jody Hill and Danny McBride’s repeated declarations that their third season was always meant to be their last, HBO has now picked up the show for a fourth season of eight episodes. First of all: Hoor-fuckin’-ay. Second: What just happened?

Looking back at Hill’s interviews makes it clear the gang wasn’t totally dead-set on ending at three seasons. Back in April, Hill explained to IndieWire that wrapping up EB&D would allow him to get back to feature filmmaking, and repeated that the show was always envisioned as a story that needed three seasons to be told. Then in May, it was announced that Hill was working on a movie that may or may not end up being a Dukes of Hazzard remake, and his departure from the glorious, messed-up life of Kenny Powers seemed assured. But Hill still left the door open, just a crack:

We really set out for a three-season story, basically a trilogy. It’s like our redneck “Godfather.” Me and Danny were shaking hands about this the other day — it’s been a struggle, knowing we have an audience, not to change our game plan … I think we achieved what we were trying to do when we set out. But I also think Eastbound is such a character piece that it could be one of those things where you follow [Kenny Powers] at different points in his life. It doesn’t rely on some big plot point so much that you could never do Eastbound again. Right now, we’re not sure. We think it’s going to be the last one, but never say never.

At this point, do you need the green light from HBO before even considering another season?

They definitely want it. It’s all about if we want to do it or not at this point.

So, surprise! HBO got their fourth season after all. As to what will be going down in that fourth season — above, Hill makes it sounds like the show would be shifting forward in time, which would be right in line with the show’s locale-switching precedent. As to why Hill and McBride changed their minds: Maybe things weren’t looking as good on the feature-film front as they once were? Or maybe Jody and Danny just couldn’t quite bring themselves to leave Kenny alone? Whatever the cause is, the end result is the same: Kenny Powers, the man who doesn’t own a printer and fuckin’ hates all kinds of computers, is back. God bless America.