Keanu Reeves Is Moving On Up In This World 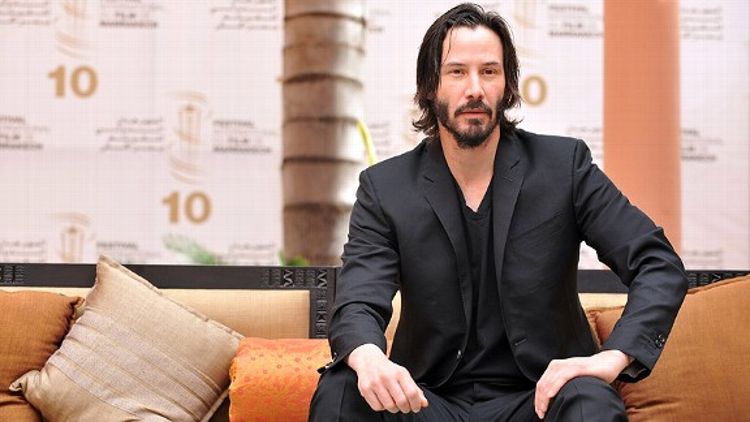 Keanu Reeves will make his directorial debut with Man Of Tai Chi. The action drama is set in modern-day Beijing and stars Tiger Chen — who taught Reeves kung fu for The Matrix — as a young martial artist navigating the opportunities his skill set provides (Reeves will co-star). That sounds pretty dope and everything but, look, it’s the directorial debut of secret genius Keanu Reeves: It could have been a feature-length telling of the story of the Yoplait Yogurt “this is good” ladies, and I’d have been just as emotionally invested right now. Grade: A [Deadline]

Jane Fonda has committed to the first big T.V. job of her career with a recurring gig on Aaron Sorkin’s upcoming HBO drama, set behind the scenes at a cable news network. She’ll play the network’s CEO, Leona Lansing, “whose corporate concerns often conflict with the reporting of the news.” Just the latest way that T.V. is better than real life: Jane Fonda is much better looking than Roger Ailes. Grade: B+ [Deadline]

Brian Koppelman and David Levien (Ocean’s Thirteen, Rounders) will adapt Josh Bazell’s Beat The Reaper for HBO, with Leonardo DiCaprio (who was at one point tentatively set to star in a movie version of the book) producing. The novel revolves around an ER doctor whose past life in the employee of a notorious crime family comes back to hunt him. That nefarious crime family? The Hamburglars. Grade: B [Deadline]

Colin Egglesfield (Something Borrowed) will star in Lifetime’s The Client List, a series which the network is adapting from its own Jennifer Love Hewitt-starring TV movie. In the source material, J. Love is a mother providing for her children by turning to high-end prostitution. In the show, however, it looks like she’s just playing a brothel owner. Ah, come on Lifetime, respect the sanctity of the original Client List! Grade: D [Deadline]

Madonna has signed with Interscope Records ahead of her upcoming next album, slated for early next year. It’s a three-album deal worth $1 million a pop, and it will co-exist with her deal with Live Nation, which handles her touring, merchandise, and other facets of her music career. Congrats on landing a record deal, kid: now keep your head up and work hard, and you might just be able to make it in this industry. Grade: C [Billboard]

Jennie Garth is getting a CMT reality show, I Love Jennie, about her and her family’s move from L.A. to a farm in central California. Wait, seriously, a Jennie Garth reality show? OK, that’s it, go ahead and wrap it up, reality TV, as we are officially out of celebrities. Grade: D [EW]

Rembert Explains the '80s: "The Return of Calderone"