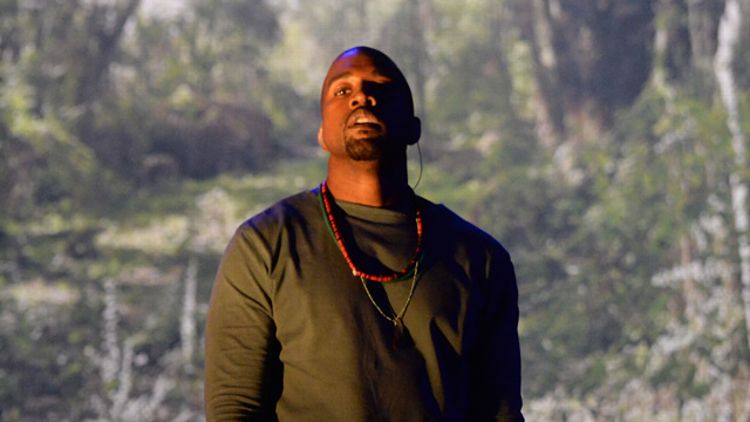 The New York Times‘s conversation with Kanye West felt like a major score when it showed up in June. BBC Radio 1’s addition to the Kanye Interview Archives in September seemed big, too. But now, from Kimmel to all the radio stops Kanye’s making on the Yeezus tour, it’s starting to feel like anyone can get an hour with ‘Ye. There’s been a lot of good stuff popping up — stuff that inspires and provokes, stuff that sends certain eyeballs rolling into infinity — but one of the first true surprises of Kanye’s fall media blitz came this morning on L.A.’s Power 106:

“Everybody got some advice for me, you know what I mean, like, ‘I don’t like the way you goin’ about doin’ it’ and ‘Michael Jackson never did this.’ I said, ‘I ain’t Michael Jackson.’ I’m not just a musician — I’m a Christian revolutionary visionary products person. I ain’t here to dance for y’all. I ain’t here to do a two-step. That’s just a piece, that was just my end. And now I wanna create, I wanna create content. I mean, eventually, ten years from now, I just wanna create for the church, period. I’m Christian, I’mma design the new Sistine Chapel(s).”

I don’t know if Kanye said “chapel” singular or plural. I think it was plural. I think there are going to be Yeezus-ceilinged chapels in the United States of America and maybe France by 2025. Also, I haven’t heard of someone whose title for himself has so many syllables. And I’m surprised, sure — but maybe I should’ve started preparing for this news the minute Kanye brought Jesus onstage, if not the minute he released “Jesus Walks.” Just like Kanye’s Dopeness Always and Forever policy should’ve prepared us for his stadium-renting proposal to Kim Kardashian last week. “It’s not a surprise,” Kanye told Power 106. “Five years, ten years from now, when I’m creating amusement parks, that’s not gonna be a surprise to y’all. Y’all just gonna go, experience it, and it’s gonna be dope. When I’m making films, it’s gonna be dope.”

Before Kanyeezy World and the Cliquestine Chapel(s) and Terrence Malick and Kanye’s No Church in the Wild, we can very tentatively expect five Yeezus leftovers to hit as soon as the end of the year. There also might be a televised KimYe wedding next summer, if the price is right. (Kanye’s only idea thus far is “fighter jets.”) A recording of the live-streamed interview is embedded here. Kanye freestyles over “Forever” and “Clique” around the 1:09 mark. He says “paparazzi, I’m like a Nazi to ’em / I’m not Bill Cosby to ’em,” which sounds accurate.