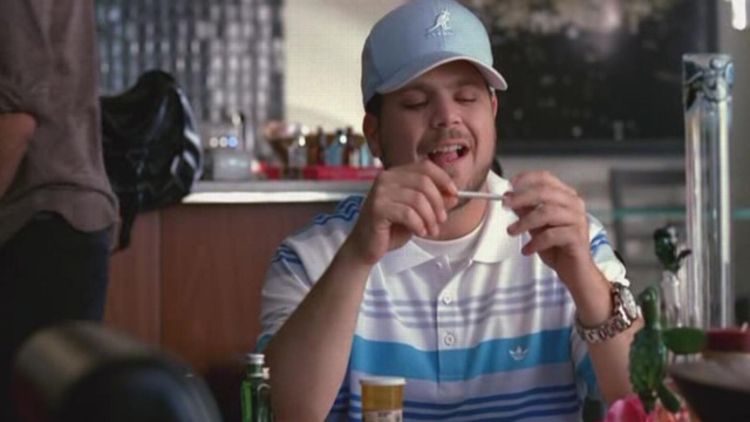 As you may or may not have noticed, the past few weeks have brought a significant uptick in the “Is the Entourage movie happening?” reportage department. Why? Even the most ardent supporter of those feckless hedonists of HBO would have to admit that, after eight full seasons of content, no one’s quite clamoring for this thing to happen. I don’t mean this as yet another tossed-off slagging of the show. I mean, I honestly think if you were to find the world’s biggest Entourage fan and ask, “Bro, how bad do you want to see this movie?!,” he or she might pass their eyes over their pristinely maintained DVD box set, their Lloyd Lee figurine, and their Jeremy Piven–signed Rush Hour 2 scene-still, then look back at you and say, “Medium? Medium badly?”

So, again: Why? Well, because it’s there. Prompted or otherwise, the Entourage dudes keep sharing insider information. Also, because reporting on hellishly belabored productions and epically tortured infighting is what Hollywood trades do, and do damn well, and because we all know that tales of behind-the-scenes backstabbing can, here and there, eclipse even the greatest onscreen product. But I can’t help but feel that what’s happening here, beneath and betwixt all that, is that America’s entertainment news industry is looking us in the eye and not blinking and thinking to itself, Wouldn’t it be hilarious if we freaked out over the Entourage movie like it was goddamn Citizen Kane?

All of which is to say: Once more unto the Entourage Movie-pocalypse Watch breach, dear friends.

OK, so first we thought Adrian Grenier was holding out. Then we heard it was Jeremy Piven’s outlandish back end that was screwing everything up. Now we’re being told, by no less an authority than Turtle himself, that everything is just fine. THR:

Appearing on The Wendy Williams Show … [Jerry] Ferrara said the Entourage movie is “looking real good” and a deal for it “could be closed today.” He added that he’s hopeful the film will start shooting in January. Despite reports that Ferrara and co-star Adrian Grenier are holding out for more money, the actor insisted that wasn’t the case and that the delay in production was more about scheduling. “Here’s what I’ll say about holdouts: Athletes hold out when they have a contract they don’t want to honor … No one’s holding out. It just takes a little time. We’re actually on schedule” … The movie must start shooting by January 2014, an insider told THR, in order to receive a California tax credit, which Warner Bros. has deemed a condition of the film being made.

By the way, and against all odds, Ferrara’s not exactly desperate for post-Entourage work: He’s playing Arturo Gatti in a biopic, produced by Mark Wahlberg and Michael Strahan, about the boxing champ, who died under “controversial circumstances” in Brazil in 2009. And, yes, I’m sure Jerry Ferrara is as surprised by this development as you are.

OK, so by now just about every main player has spoken up or been inadvertently roped into the Entourage fray … except Kevin Dillon. Speaketh, Johnny Drama!

The Essential and Underrated Lou Reed: 14 Songs You Need to Hear