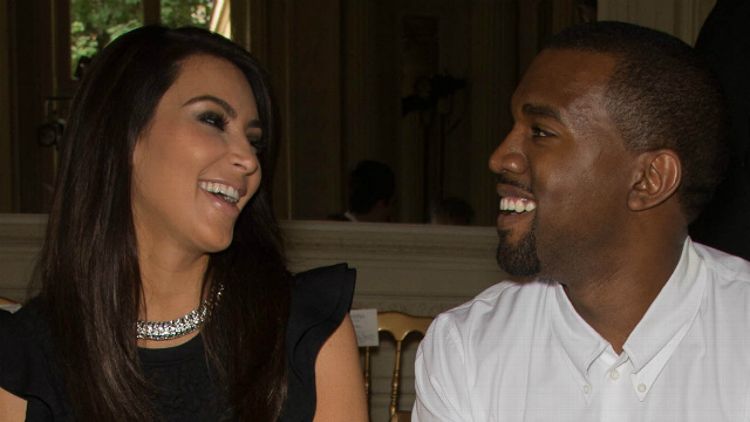 Bigger-than-usual doings this week on Keeping Up With the Kardashians, a terrible show that is also the flame I hold my hand over, G. Gordon Liddy–style, to demonstrate my loyalty to television.

Increasingly torn between House Kardashian and House Odom, Khloe (ever more clearly The Smart One, by virtue of being The One Who Doesn’t Even Try To Conceal How Profoundly Over This Bullshit She Is Anymore) continued her doomed, Michael Bluth–like quest to extricate herself from her family’s squabbling orbit; Kim attempted to lure Khloe back into the fold by blasting old family photos out to her 15 million-plus Twitter followers, which is totally the kind of thing a normal person does when trying to heal a family rift. Everyone except Bruce flew to New York for the opening of Scott Disick’s new Meatpacking District restaurant, Ryu, for which “notoriously hard-to-please Yelpers” have apparently had “less-than-kind words.” Rob Kardashian, who is always sad about something, was sad about the delaying of his own passion project, a line of dress socks. (Later, Kim consoled him by saying, “My Tyler Perry movie, a huge production, got delayed — to make it better.”) People continued to feed Mason candy, the cornerstone of any healthy toddler’s diet.

Kourtney Kardashian pronounces Kanye’s name with the emphasis on the “ye,” as in “soigné.” It’s weird. “Kanye West is a rapper,” a talking-head Kim explains, helpfully. They have been friends for a while, and romantically interested in one another at different inopportune times, but now they’re dating; this episode introduces that plotline via a (completely spontaneous) voice mail message from Rob to Kim regarding Kanye’s song “Way Too Cold,” in which Kanye confirmed the relationship by saying, “I’ll admit, I fell in love with Kim.”

Funkmaster Flex first dropped “Way Too Cold” (briefly known as “Theraflu,” until Novartis declined the plug) on April 5; Ryu opened on April 23. As always, Kardashian Standard Time lags behind tabloid reality by a month or two. By the time this episode aired, everyone watching it had presumably already seen Beyoncé and Kim “dancing all night” (per an Us Weekly source) at a Watch the Throne gig in England, or Kim doing the paparazzi perp-walk in Nike Air Yeezy 2 space boots, or possibly the E! promos for this very show in which Kanye appears. But for much of this episode, Kim plays the coy mistress anyway. “What’s the big deal?” she says when questioned about why she’s driving Kanye’s silver, gull-winged Mercedes. “I’m just borrowing my friend’s car.”

Finally, over salad, she’s asked point-blank if Yeezy is, like, her boyfriend, and answers, “I don’t know if I do titles.” Exciting synth-swoosh!

Then, in New York, Kanye shows up. He’s less all-caps and more aw-shucks than we’re used to — smiling, mumblingly un-mic’d, answering fashion queries from Kim while staring at her feet. (She asks, “Don’t you think this clutch is too busy?” He does not.) It’s all very Warren Beatty in Truth or Dare: a superstar defined by his self-consciousness adjusting to a role in another superstar’s narrative. They go to Scott’s restaurant party; Kanye finds out that Kim’s never been to Japan, and says he’ll take her there. The next day, Kim and momager Kris Jenner meet on the roof of the Gansevoort Hotel for a (completely spontaneous) expository catchup conversation, and Kim suggests that Kanye may have found the attention “a little overwhelming.” The scenes from next week’s episode tease additional Kanye, and also Scott (completely spontaneously) dresses up like the guy from Men Without Hats during a family trip to England, because dignity.

As a doggedly cynical hate-watcher of this show, I long to agree with the people who think the whole Kanye-Kim thing is a baldly bogus PR/ratings stunt, conceptualized in a top-secret dry-erase-board summit meeting by high-ranking executives from Ryan Seacrest Productions, E!, G.O.O.D. Music, and the Illuminati, just like Kim’s marriage to Kris Humphries, the “leak” of her sex tape, and 9/11. At this point, there are probably people who believe in Santa Claus who understand that reality TV is just Blair Witch kabuki, and I want to be there with them, united in skepticism.

But I can’t. There’s just too much on my heart right now, man.

This is the video for Kanye West’s first hit single as a rapper, 2003’s “Through the Wire.” If you haven’t watched it in a while, you should. It’s great. And given the kind of public figure Kanye became once it launched his solo career, it’s illustrative. Over a Chipmunked Chaka Khan sample, West — so fresh off a brush with car-wreck death that his jaw is still wired shut — raps through clenched teeth about gratitude, reconstructive surgery, and sipping Ensure, documenting and dramatizing a moment while still more-or-less inside that moment. Many rappers are real; from “Through the Wire” on, Kanye’s been a reality show, obsessively narrating his own rise and how it makes him feel, perpetually transforming the catastrophe of his personality (as Frank O’Hara once wrote of Don Draper) into something beautiful and interesting and modern.

It makes sense that an artist whose great subject is the spotlight itself would be drawn to someone who’s turned being famous into an art form, but ultimately I think that’s as simplistic an explanation as the theory that Kanye wants to be on TV more. Kanye doesn’t need a supporting role on a tacky E! show, because he’s already Kanye. And there are already rumors — probably made up, but nonetheless totally believable — about Kim, a compensated endorser of Sears intimates and Midori and possibly-anus-injuring hair-removal lasers, not exactly fitting into the high-flown film-and-fashion circles Kanye likes to move in.

He has nothing to gain from this, in other words, and everything to lose. Keeping Up With the Kardashians is a show about money, and all-American striving, and rich people’s hilarious use of the word “work” to describe the dumb things they do to amuse themselves, and the interpersonal dynamics of a family where everyone’s on the same emotional-maturity level regardless of age, cherishing every tiny slight as an opportunity for a tantrum or a kamera-ready konfrontation. But at its core it’s a show about powerful women and the men they keep as pets. It’s about men who’ve accepted emasculation as the price of comfort, and the pathetic attempts at rebellion by which they attempt to reassert themselves. Scott buys an expensive cane! Bruce borrows money from Khloe after Kris confiscates his ATM card to keep him from spending $500 on a remote-controlled helicopter! Rob sneaks Vienna Fingers and Shark Bites in the middle of the night, until Khloe puts an alarm on the pantry!

Kanye is friends with Jay-Z, Jeremy Scott, and Pusha T, for God’s sake; there’s no way he actually wants to sneak off for a bottle-service boy’s night at 1Oak with Rob and Scott, play pull-my-finger with Lamar Odom, or go diamond-earring shopping with Bruce Jenner, television’s most reupholstered pussy. No — I choose to believe that Kanye loves Kim because I find it hard to imagine anyone not on love lockdown wanting to go anywhere near these people.

Magic Mike 2 Is Happening, So We'd Better Help Channing Tatum With Some Ideas