Judging The X Factor: The Promise of Youth and the Disappointment of Olds 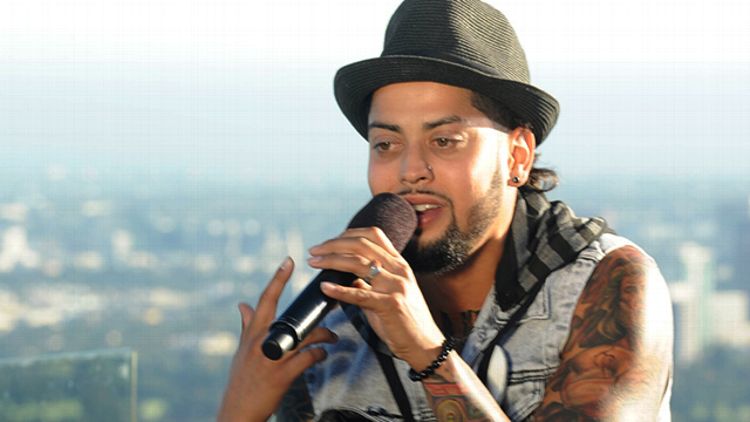 For reasons still not entirely clear to them, Grantland editors Jay Caspian Kang, Mark Lisanti, and Emily Yoshida have decided to track the second season of The X Factor. Like Monet, Van Gogh, and so many great minds before them, the importance of their work will not be recognized until long after they’ve left this world, but there will be at least one straight–to–On Demand biopic once it is.

Last night The X Factor’s Cliffside Concert Series continued with the Over 25s and the Under 16s serenading L.A. Reid and Britney Spears, respectively, with glacial-tempo, plodding-piano-ballad versions of your favorite Nicki Minaj dance floor hits. (The location of Cliffside Concert Series was chosen for its convenient proximity to where you might want to throw your body after said performances.) Will.I.Am and Justin Bieber’s sunglasses were on hand to help steer the course of these people’s lives, and your passionate X Factor correspondents were on hand to document this pivotal point in America’s 16th Major Sport and Second-Favorite Nationally Broadcast Singing Competition. — Yoshida

David Correy, age 10, steals everyone’s chocolate milk, charms the sad, lonely teacher with his big eyes, and then pinches the handicapped kid who sits next to him in class. When he finally gets caught, the guidance counselor asks young David why he’s “acting out.” David brings up some bullshit about being adopted and references “his struggle” and because the guidance counselor is a giant pussy who believes that every child is special and beautiful, at least special and beautiful enough to post on Facebook, David Correy grows up into a soulless brat who manipulates his way through everything. Later in life, he finds work as a movie producer.

Lisanti:I’m very uncomfortable with the autobiographical assumptions I’m forced to make every time Kang delves into a contestant’s theoretical childhood monstrosity. The pain is just too vivid. I see tears. Fistfuls of tossed Legos. And then a calm-down period in a timeout room with Etta James on a record player. Look, I’m not saying that’s how it went down, I’m just saying that my own record player had a 45 of the theme song to The Greatest American Hero on it. Now who’s uncomfortably autobiographical, Mommy?

It’s not hard to understand where L.A. Reid was coming from when he threw that giant temper tantrum, murdering an innocent phone in the process, when the “producers” (Simon Cowell using a Darth Vader voice-changer toy) told him they were tying these middling geezer albatrosses around his neck. L.A. gets up in the morning, eats no. 1 records, and shits out superstars, so trust him when he stands before his geriatric anchors and says, “Y’all are fucking terrible. I might just blow town for a while, maybe chill on Majorca for a couple of weeks, and see what’s left when I get back.” Then he tosses a butterfly knife to Vino Alan and says, “I’m betting it’ll be you.”

Yoshida: Who does he keep emotionally pointing to!? Is his birth mom neighbors with L.A. Reid?! (No wonder he wants to reconnect with her so badly!)

Yoshida: My default reaction to 90 percent of these shoes is a thousand-yard stare with the occasional soulless cackle and/or online shopping purchase (which become more or less frequent depending on what’s in my glass) so when I find my full attention drawn to a performer almost against my will week after week, I get an at least foggy sense that that person is special in some way or another. There hasn’t been a performance by Vino Alan yet by which I wasn’t totally sucked in by the end, even if I was totally prepared to write it off as a boring Nickelbacky growlfest. And sure, L.A.’s concerns about his marketability are valid, but it was still a giant bummer to have pretty committee Bieber and Braun essentially saying he was too ugly to give $5 million to. I guess L.A. won’t be getting those replacement shoes anytime soon.

Kang: I’m with you on ol’ Wino Al. It’s like how I was driving to work the other day and that Linkin Park song came on about trying so hard to feel you there (try so hard) and getting caught up in the undertow (caught up in the undertow) and, well, goddammit, I listened to the whole song and then even called up the remix with Jay-Z on Spotify while veering into the passing lane on the 5 like I was Brandy.

Lisanti: You can’t say Vino doesn’t have a good voice. But how does he fit in here? I know I keep saying this, but he feels like he should be on The Voice. And part of the reason I keep saying that is I don’t watch The Voice, and I have only this vague impression, based on promos and the two episodes I saw of the first season, that all of their contestants are older second-chancers, most of them with lustrous heads of tattoo-hair and busted record deals. I just want Vino to be happy. (Because if he’s not happy, someone is going to die. Scooter Braun.) So maybe Carson Daly brokers a transfer over to NBC, and Vino gets to sing all the turbo-Daughtry-ized versions of Melissa Etheridge hits he’s secretly dying to do. Fly to freedom on the back of a Peacock, you beautiful, terrifying creature.

Kang: OK, he was better. Is there a way to get him to star in a “The Chipmunks meet Cats” sort of thing, where everyone onstage just carries around a gigantic acorn? He could star alongside Diana DeGarmo. Demi could even star.

By the way, did you notice that Britney had stolen Demi’s seafoam hair highlights last night? It’s like they swapped wigs!

Yoshida: It is totally OK to steal another girl’s look that you’ve secretly, longingly, enviously been eyeing over the course of several weeks, but usually not when said look will be seen by said other girl on national television months later. I can’t tell if this is spiteful or creepy. I’m really fascinated by Britney and Demi’s relationship. I think everyone assumed it would be straight out of All About Eve, but this hair development is kind of making it veer into Mulholland Drive/Persona territory.

Anyway, sometimes Brit sees deeper into people’s souls than I’m necessarily prepared for. One minute she’s croaking away about how Carly Rose Sonenclar “might not be able to deal with the pressure of fame” (as opposed to the other zygotes she invited into her fake home, or, I dunno, Britney Spears), but when it came time to talk about Reed she started by saying it would be “hard to tell him no … ” Right, because he’s so small and cute? So passionate and driven? “ … because he won’t be expecting it at all.” Ha! That is true, Britney Spears. Reed Deming has 0-2 percent awareness of what is going on around him at any given moment, and I am really proud of him for not walking right into that sadistically placed hot tub right after his performance.

I’ve never been down with the casual way you two have thrown around the term “monster” for the Reed Deming types. (We should probably reserve it for Tara Simon until she’s banished to the vocal coaching booth at her local Costco.) So I’ll just call him “the Devil’s Pokemon.”

Kang: In Toshiro Moshimoto’s short story The Dirt Under the Swan’s Fingers, a young female protagonist named June undergoes a medical procedure (it involves dandelions) that imbues her with what Moshimoto describes as “many, many lives.” This conceit, whereby mankind engineers lived experiences to bestow upon the bored, shows up in the mythology and science fiction or speculative fiction of pretty much every culture in the world because it addresses the paradox of having to understand the lives of others without proof of their existence.

In 2012, this tradition in storytelling has come back to us through young Beatrice Miller, who talks like a very mean 10-year-old, sings like a 28-year-old Stevie Nicks, but already, at the age of 13, lolls about and expires like one of Raymond Carver’s drinkers. How many lives did Beatrice have to live to develop such a nuanced and emotive voice? How did she get so goddamn good? She’s the update to Drew Ryniewicz (thank you, X Factor for shortening her name to just “Drew,” because I totally don’t feel like Googling the correct spelling right now), who wowed America last year with her judge’s house rendition of “It Must Have Been Love.” Whereas the scientists who manufactured Drew couldn’t quite figure out how to route enough power through such intricate circuitry, Beatrice Miller comes with a brand-new, updated battery.

She’s going to finish fourth, or maybe even seventh, because America is not ready for robots. But the Singularity has arrived!

Lisanti: I refuse to acknowledge Beatrice’s existence until Carly Rose Sonenclar, this year’s winner,* gets her due. In the words of Will.I.Am, she’s “like a little caterpillar. And then you think she’s gonna turn into a butterfly? Dragon.” In fairness, he might have been talking about the production assistant who brought him his pumpkin spice latte 10 minutes ago, or an actual baby dragon he keeps in his pocket.

*I’ve probably picked five winners already this season. All of them will win.

Yoshida: It’s the next morning and I’m still speechless, so I’ll let Rihanna take over.

Lisanti: Britney’s clap at the end says, “Thank you for briefly entertaining me. If all goes right for you, your childhood will soon be destroyed, just like mine was. Now run along and pray for your own eventual Federlining, little girl.”

Jay Caspian Kang is a swan with dirt under his fingers.
Emily Yoshida did that seafoam thing to her hair, like, eight months ago.
Mark Lisanti still wears red pajamas and a cape to bed every night.

Video on Demand Report: Find Out What Everyone Was Whining About This Summer With the VOD Premieres of Prometheus and Rock of Ages