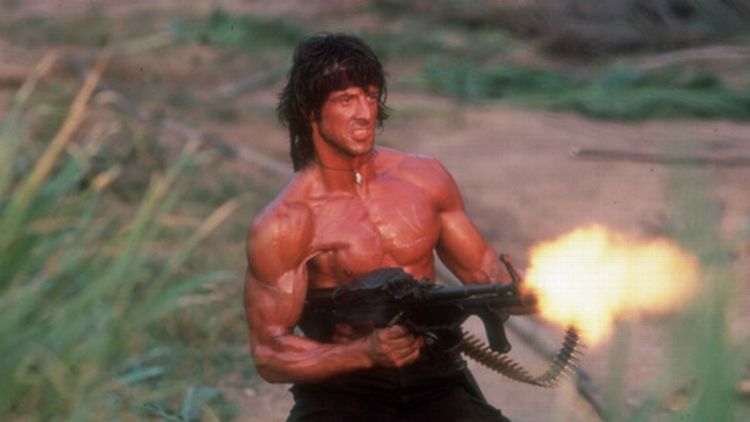 Most days are bereft of truly thrilling developments on the television front. Most days, it’s just another bit of ho-hum casting news, another greenlit odd-job docu-reality thing, another damn X on that interminable bedside “Garfield” day calendar that is life. But most days, friends, are not today. Because today — this day — we get not one but two projects to get all atwitter about.

First up: John Rambo’s back! Maybe! Unseen since 2008’s Rambo, in which Sly Stallone murdered a record number of Burmese people, the cold-blooded mercenary with a conscience has been tapped for a possible TV deal. As of now, the actual details are scant. THR reports: “Entertainment One has inked a co-development pact with Avi Lerner’s Nu Image to develop and produce a TV series based on the Rambo property. As part of their exclusive option arrangement, the partners will jointly develop the series and shop it to broadcasters in the U.S. and internationally. Stallone is in talks to participate on a ‘creative level’ and potentially reprise his iconic role as Rambo.” This comes hot on the heels of Creed, in which Michael B. Jordan will star as Apollo Creed’s grandson, a boxing prodigy who seeks out the tutelage of none other than Rocky Balboa. In other words: If you thought Sly had already wrung every last drop of juice out of his most famous creations, you are a damn fool.

Next: Because he must do every single thing a human being has ever done or may one day be theoretically able to do, James Franco’s getting a TV show. According to Variety, our man Franco “will star and executive produce an unscripted series in which he’ll explore his many personal artistic pursuits and passions. Ten hourlong episodes of James Franco Presents will premiere in November on cable network Ovation. … Franco will pull back the curtain on the many side projects he is perpetually involved with, from his latest art exhibit to his work in collegiate classrooms. … While Franco appears in every episode as the host introducing each segment, his screen time will vary depending on how much he himself is a subject of each hour.” Also coming up for James: an adaptation of William Faulkner’s As I Lay Dying, a stint on The Mindy Project, and a Comedy Central roast. At this rate, he might actually accomplish all of the things by, like, 2017? At which point, of course, he’ll finally get a chance to catch up on Orange Is the New Black.