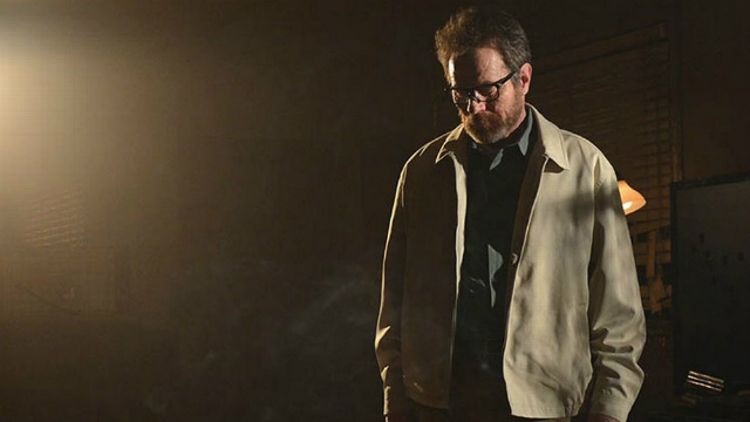 Just when you’ve begun to grow your hair out, lovingly buried your dry-cleaned hazmat suit in a Rubbermaid storage barrel in the yard, and finally given up on your insistence that Walter White’s semi-triumphant machine-gun-powered standoff was nothing but the dream of a man dying in a snow-encrusted car that would never start on the first magically-appearing-key turn, they pull you back in. (By the dog wire lashing you to the ceiling of the superlab in which you are enslaved. You always forget about that wire until a Nazi tugs on it.) Today at an industry conference in Cannes, DreamWorks Animation CEO Jeffrey Katzenberg revealed — and please, steady yourself, this is about to get real — that he was willing to put up $75 million for three additional 60-minute Breaking Bad episodes that would pick up wherever the show ended. Reports Variety:

“I had this crazy idea. I was nuts for the show. I had no idea where this season was going,” [Katzenberg] said, during the keynote session at Mipcom …

He explained that he had intended to show the extra content as six-minute segments over 30 days online.

“I said (to them), ‘I’m going to create the greatest pay-per-view television event for scripted programming anybody’s ever done,’” he explained.

Indeed, the tidy way in which Vince Gilligan wrapped up his meth opera — an ending Katzenberg, like everyone else on earth, was totally unaware of beforehand — probably made the plan impossible, no matter the Czech-drug-ring-level dollar value. But: three more episodes! Three more hours! At just 50 to 99 cents per installment! Think of all the Huell closure we could have! And Jesse working the pipeline in Alaska! And … excuse our shouting. This is a lot to process, and it’s not easy to reconcile our greedy desire for more Bad with our grudging acceptance that the series is over, forever. This was never going to happen. It all ended as it should have — sorry, Huell, we hope that motel has HBO. It’s time to move on … and e-mail Katzenberg to throw the same money at Mad Men. AMC’s looking greedy enough with that one to take it. And we’d all buy that Don Draper’s just dreaming the 1970s. He’s definitely dying in the front seat of his Cadillac.