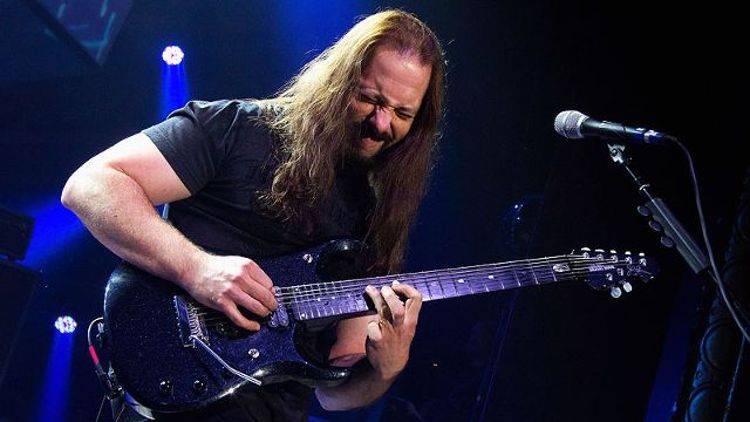 If so-called “nerd culture” is now considered “culture-culture” in movies (where comic-book heroes reign) and television (where characters named Sheldon and Daenerys do the same), when does the takeover happen in popular music? Is it possible that it has already happened right under our noses? Consider the long-running prog-metal band Dream Theater, which is basically the musical equivalent of a stupidly complicated 27-part Peter Jackson epic about fire-breathing dwarves and lovably plucky dragons. In late September — the same week most of the rock press was preoccupied by albums released by sexy young things like Kings of Leon and Chvrches — Dream Theater quietly released its new self-titled album (the band’s 12th studio release) and subsequently scored its third consecutive top-10 record. That’s right, Dream freaking Theater is one of the most successful rock albums of the past few weeks. It’s like your weird uncle up and won the town’s mayoral election.

It’s not quite accurate to suggest that Dream Theater is more popular than ever. This is more likely an instance of a trend-averse band maintaining the same level of popularity with a devoted fan base and appearing to do relatively better than the competition in a diminished pop market. Famously schooled at Boston’s Berklee College of Music and worshipped by tablature fetishists everywhere, Dream Theater is an island unto itself, defended by a battalion of murderously precise tom rolls and high-powered guitar weaponry firing off a steady stream of wheeoh-wheeoh-whees and duckaduckaduckaduckas. It could be raining toxic Miley Cyrus brand dildos in the world outside, but inside this fortified shelter, the same 30,000 fellas who always purchase Dream Theater albums the day they come out are going to once again purchase the new Dream Theater record the day it comes out.

But back to the larger point — people are still buying Dream Theater records in 2013! Dream Theater records are even outselling Metallica records! (It was the soundtrack to Metallica Through the Never, but still.) This was not supposed to happen. Dream Theater is a perfect example of a musical phenomenon I find endlessly fascinating: a group that has virtually no impact on the pop culture mainstream and yet sticks around on the periphery forever. Even in its early ’90s commercial prime, Dream Theater was fairly marginal — its best-selling record, 1992’s Images and Words, is the group’s only release to go gold. Various band members have come and gone since then, but Dream Theater has stubbornly stuck around. In 2010, founding member Mike Portnoy — arguably the most famous member, which I’m basing on the fact that until recently he was the only guy in Dream Theater I could identify by name — exited and subsequently joined and quit Avenged Sevenfold. But not even that body blow could slay these proud Long Island Music Hall of Fame inductees. According to people in the know, Dream Theater is both stridently progressive and pungently metallic, and therefore thoroughly kick-ass.

I’m not in the know. Until a few days ago, I had never listened to a Dream Theater album. But I like this record, too. It’s not like I was avoiding Dream Theater before now, just as I haven’t deliberately avoided going to a renaissance faire. Dream Theater is something you have to consciously seek out. You have to wake up one morning and declare, “I want to wear a puffy shirt and drink mead out of a goblet today.” In this case, the puffy shirt is a pair of the hugest headphones you can find, and the mead is a powerful cocktail of exotic time signatures, intoxicating instrumental chops, and a helping of epic grandiosity so epic and grandiose it would make a jam session between Iron Butterfly, Joe Satriani, and Wagner sound like Beat Happening.

I drank this cocktail, and I’m glad. Dream Theater is a blast. (So are Images and Words and 1994’s Awake, which are the best entry points into Dream Theater’s discography according to fans I solicited on Twitter.) If I, as an only slightly educated neophyte myself, had to describe Dream Theater for other neophytes, I would first immediately liken them to Rush. Dream Theater probably wouldn’t exist today without “La Villa Strangiato.” There are songs on Dream Theater that are just straight-up Rush imitations, most notably “The Looking Glass,” which crossbreeds “Limelight” with “Freewill” while leaving out Neil Peart’s misanthropic individualism. Also: The album’s sole instrumental, “Enigma Machine,” is shorter than side one of 2112 and longer than the Inspector Gadget theme song, and sounds equally informed by both.

The problem with comparing Dream Theater to Rush is that if you like Rush, in all likelihood you also like Dream Theater, whereas if you don’t like Rush, you almost certainly zoned out after “La Villa Strangiato.”

(Quick sidenote about Portnoy: I know him as a talking head in the Rush documentary Beyond the Lighted Stage, where he speaks about falling out of love with the band after Hemispheres, the last album of Rush’s most intensely progressive period. I can only assume that Dream Theater’s embrace of Rush’s poppy, post-Hemispheres period is a subtle swipe at Portnoy.)

Let’s instead circle back to Peter Jackson. In order to appreciate Dream Theater, it’s best to think of the group’s music as a display for dazzling special effects that can potentially transport you to a deeply fanciful (if not borderline silly) dimension for a (too) brief spell. This mindset will help to make Dream Theater’s 22-minute closer, “Illumination Theory,” seem more like an invitation to adventure than tedium. If you can get on board, it truly is a fun ride — opening with a fanfare of strings and choral swooshes, “Illumination Theory” moves through pure Viking guitar stomp, frilly keyboard arpeggios, sweeping faux-classical cheese, ungodly vocal gymnastics, and finally a contemplative (and beautiful) piano-based coda. It’s the sort of song that Muse dreams about one day making and believes it already recorded by the following morning.

Instrumental virtuosity will probably never again be hip in pop music. It’s been that way since at least the advent of punk, and given the push toward democratization in how music is made and disseminated, I don’t see it changing any time soon. This might explain why there’s still a place for a band like Dream Theater, no matter how out of place it appears on the charts. The void this band fills is only getting wider. Who else is going to tend to all those dragons?