Jason Segel on The Muppets, the New “Rainbow Connection,” and the Puppet He’d Marry 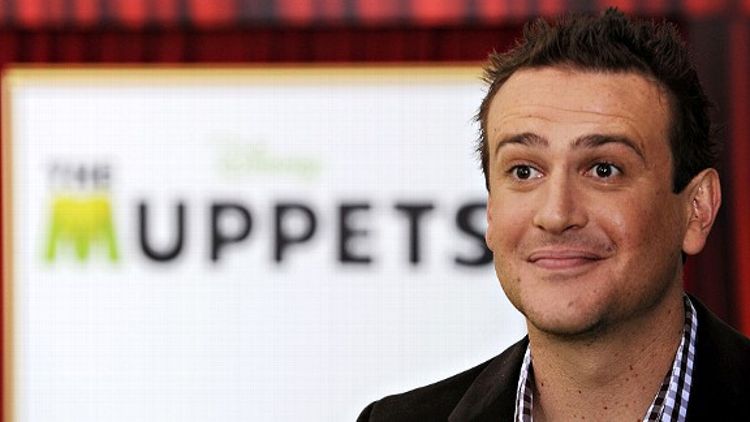 In The Muppets, the big-hearted, big-screen return of America’s favorite googly-eyed talking socks, Jason Segel plays Gary, an impossibly sweet-natured guy with walls covered in Kermit paraphernalia. It couldn’t have been much of a stretch. Just 36 hours after hosting the highest-rated Saturday Night Live of the season (on which he deep-tongued fellow Grantland interview subject Paul Rudd), Segel was unfailingly enthusiastic and humble — perhaps a result of keeping it kosher at the after-party (“Disney has me on a tight leash, brother!”). “I haven’t seen the show yet. Did it go all right?” he implored earnestly. After being assured it went well, Segel was game for a spirited conversation about The Muppets — which he co-wrote with collaborator Nicholas Stoller — Internet rumors, his secret felt-skinned crush, and why, if given the choice, he’d rather be sitting.

The Muppets maintains two of the most important traditions of the franchise. One, that all humans treat Muppets as ordinary citizens of planet Earth and, two, that elaborate production numbers do not require any rehearsal whatsoever.
Yes, absolutely! The truth is, Nick and I did not have much heavy lifting when it came to the tone of the movie — and the hardest part of any script is getting the tone right. But in this case, it was defined for us by the first three films and The Muppet Show. All we had to do was honor the legacy that was already there.

You have previous experience working with a tight-knit crew of funny, hairy animals on Knocked Up. Which group was better at improvising?
I must say the Apatow group are experts at improvising, that’s their whole thing. But the funniest improv I’ve ever heard was done by Fozzie Bear. It’s the scene in the movie where we go to pick up Miss Piggy and Emily Blunt [playing Piggy’s secretary] says “She doesn’t have an opening until September.” And someone says “That’s a long way away.” And totally out of nowhere Fozzie improvised, [Fozzie voice] “You think that’s bad, I once waited a whole year for September!” It was amazing.

So, despite the technical challenges, the performances were loose?
That’s always been the thing about the Muppets. It’s controlled chaos. You could never get that from a script. These guys are such masters at puppetry and they’ve been playing these characters for twenty or thirty years. So as clever a line as you could write, they know how the characters speak much better than we do. To some extent our script was just a blueprint for them to play in.

That said, was there a particular Muppet you most enjoyed writing for?
I have a really weird crush on Janice from Electric Mayhem. So my first draft of the script — honest to God — Janice talked more than Kermit. The Henson people were like, “Come on, guy. We all like Janice, but you’ve got to take it easy on her.”

She’s the ultimate rock chick! I can’t believe you’re all alone with that.
Oh, she’s the coolest ever. I would marry Janice in a second. But eventually you do realize the main dudes are Kermit, Piggy, Fozzie and Gonzo. Those are the ones who talk the most, and the ones with the most fully realized emotions.

One of the highlights of the film is the return of “Rainbow Connection,” the beloved song written for the original Muppet Movie. When did you know it had to come back?
It occurred to me when I was driving sometime in the middle of the shoot. I heard a recording of someone singing a duet of “Rainbow Connection,” a guy and a girl. Then halfway through the drums came in and it occurred to me, wait a second, [SILLY SPOILER ALERT] Animal hasn’t drummed the entire movie. This is perfect. Here’s a chance for Kermit and Piggy to duet, then Animal could come in and turn it into a Queen-style rock opera and really blow the roof off the place. It’s the climax of the movie and it came to me on a ten-minute car ride.

It’s a testament to the new songs that Bret McKenzie (Flight of the Conchords) wrote for the film that they fit in seamlessly with such a classic.
What’s cool is that, by nature, the movie had to be a mix of nostalgia for our generation and a very humble acknowledgement that there are some people, mostly kids, who don’t know who the Muppets are. It had to be an introduction as well, with room for new songs. But for us? If you didn’t hear “Rainbow Connection,” you’d be pissed.

You’re a tall guy and no doubt accustomed to working with height-challenged co-stars. But the Muppets must have taken it to a new (lower) level.
I’m literally five feet taller than Kermit. It’s very hard to frame us together. So I sat a lot. With the exception of the dance numbers, when you watch the movie, you’ll see: I’m sitting.

Did that affect your performance? Is it harder to emote while sitting?
I love sitting! If I could do everything sitting, I would. I prefer sitting to standing in a ratio that is indescribable by modern mathematics.

I’ll be honest, I was expecting more intense, one-on-one scenes with Sweetums since at least there would be eye contact.
Very true. The problem is that Sweetums doesn’t talk all that well, so the dialogue would have been really awkward.

It was reported in the New York Times this week that Walter, the new Muppet character in the film, was based on Michael Cera. How does he feel about this?
You know, I heard that earlier today too. He wasn’t based on Michael Cera! There was a moment when we were trying to figure out who might play Walter’s human reflection in [the musical number] “Man or Muppet” when we considered Michael Cera. But otherwise he was totally independent!

It’s good to have a chance to clear up these vicious rumors!
I heard a rumor the other day that I was remaking Goonies. It’s very peculiar, this Internet culture. Things catch on and take on a life of their own. To make it clear, I am not remaking Goonies and Walter is not based on Michael Cera.

So, to sum up, Michael Cera is remaking Goonies.
Yes, that’s it! He’s playing Sloth.

Now that The Muppets is finally out will it be a challenge to go back to working with humans?
Nothing is gonna match that Muppet experience. It was as difficult as any movie I’ve ever made in terms of hours and logistics and all that stuff. But the effort is all on the screen. It’s the thing I’m most proud of that I’ve ever done.

I wouldn’t say the effort is on the screen — you are smiling literally the entire time you’re on camera!
Oh, it was certainly a happy experience. It was just hard. For every scene in a car with twenty Muppets that means there’s fifty puppeteers scrunched beneath the hollowed-out frame.

But at least you were sitting down.
Yes! Exactly!