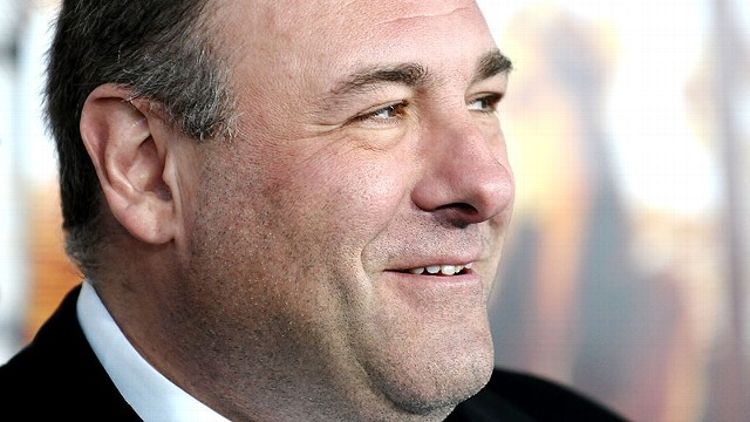 It’s preposterous to think that James Gandolfini died yesterday. He was only 51, in the middle of shooting a movie. He had a loving wife, a 13-year-old son, and an 8-month-old daughter. For him to suddenly slip away, reportedly from a heart attack, while vacationing in Rome seems almost too cruel. It sounds like a plot twist from a lost season of The Sopranos: Tony goes into cardiac arrest in the Eternal City, wakes up in another life. Except maybe this time he’s not Kevin Finnerty in Costa Mesa, California. Maybe he’s just Jim, a kind and humble guy in downtown Manhattan. Audiences never did much like the Sopranos dream sequences, but I’d like to think they’d make an exception for this one.

But James Gandolfini wasn’t Tony Soprano, a truth made abundantly clear by the torrent of personal tributes and remembrances that have poured forth in the hours since the actor’s death. By all accounts, Gandolfini was a complicated and introverted mensch. He took taxis to the red carpet, wrote personal thank-you notes to fans, and thought interviewers would be more interested talking to a truck driver than a three-time Emmy winner. I never met the man, but I can’t help but think this wide chasm between his art and his life was key to his greatness.

Before The Sopranos, the leads of television shows didn’t choke the life out of friends, bang strippers, and snort drugs. But before James Gandolfini, I’m not sure if we, the audience, would have wanted them to. Broad and burly, with wheezing breath and a snarling lip, Gandolfini was built like a bear but somehow exuded the delicacy and vulnerability of Goldilocks. Through seven seasons, Gandolfini never wavered in his commitment to finding the human being buried inside David Chase’s monstrous creation; he never softened his edges or sat a couple plays out. He never stopped challenging us. It couldn’t have been an easy tracksuit to inhabit, day after day, year after year. Yet Gandolfini lumbered on, despite the obvious toll. It was a titanic performance. It had layers.

In the years since The Sopranos cut to black, the sheer number of prestige TV dramas — and the sheer number of people talking and tweeting about them — has done the show a great disservice, pushing it out of the new-and-now portion of our brains and into a hazy and respectable middle distance. (Call it the Hill Street Blues Home for Contextual Greatness.) But thanks in large part to James Gandolfini, The Sopranos didn’t just change television in its era, it defined greatness for all time. It’s true that, before Tony, the heavies were always anything but; even the weird leads still looked like Kyle MacLachlan, and Dennis Franz needed to be paired with a David Caruso, the way hot wings are never served without a cooling sauce on the side. But, thanks to the outsize success of The Sopranos, it’s unlikely an unknown character actor like Gandolfini will be given an opportunity like that again. HBO’s next big drama series stars Woody Harrelson and Matthew McConaughey. That’s a shame. Because only an actor who accidentally became a star — not the other way around — could have both elevated and grounded material this ambitious. Only James Gandolfini could have played a villain like a hero and made us question what those words even mean.

I watched The Sopranos as a fan, not as a critic, so revisiting it in fits and starts last night and this morning blew me away. I remembered “Whitecaps,” the Season 4–ending episode that finally seemed to sunder the Soprano marriage, as a stunner. But watching the Tony-Carmela confrontation again now — here’s Part 1 and here’s Part 2; put on your headphones and grab a stress ball — left me floored. A decade later, there’s nothing on TV like this. There’s nothing like this in movies, either. Only life could ever be this vicious, this bitter, this messy, or this electrifying. Watch Gandolfini here — watch Edie Falco, too, of course; she was every bit his equal. Watch his seething resentment, his mocking fury, his never-ending well of entitlement as it boils over and scalds everything it touches. It’s like watching a volcano.

I hope people will use the impossible vibrancy of this performance as a shield against the unthinkable loss of James Gandolfini’s passing. But I also, somewhat selfishly, hope that some might take this moment to reconsider the beauty and brilliance of the unjustly maligned Sopranos finale. Yes, conspiracy theories and deep textual digs are fun; they’re one of the ways we keep television shows kicking long after they’ve been put to bed. But it’s important to remember that, unlike the brilliant actor who played him, Tony Soprano didn’t die. He, like James Gandolfini’s immaculate performance, just goes on and on and on and on.

Filed Under: In Memoriam, James Gandolfini, HBO, Obituary, The Sopranos

Kim Kardashian's Luxury Delivery Suite, and Other Absurdities From This Week's Tabloids