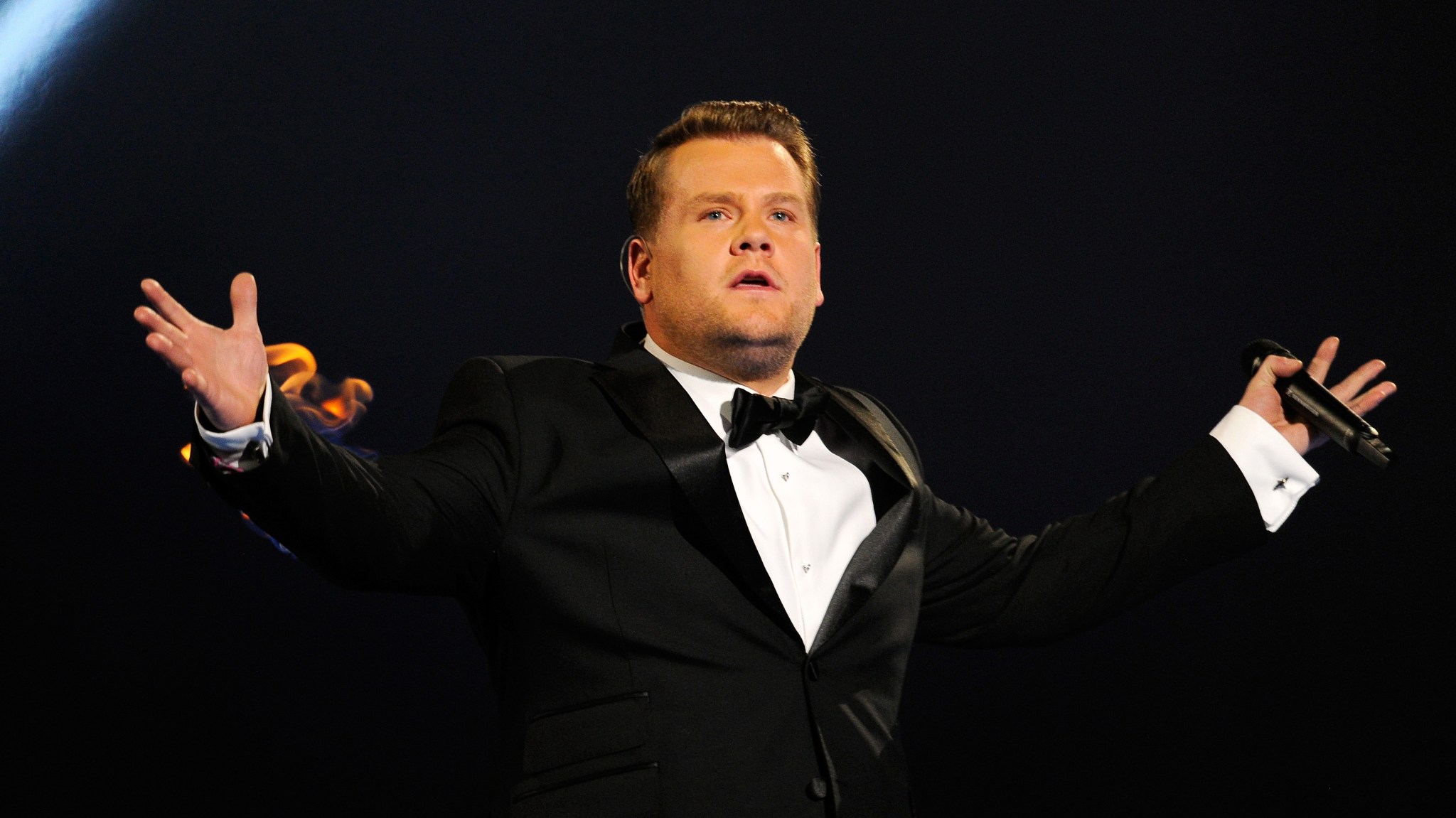 Hey, congrats, James Corden: You just got yourself a fancy new gig! The rumors were first reported way back on August 5 that Corden would be taking over for Craig Ferguson in CBS’s 12:30 a.m. talk-show slot. Now, weeks later, we have the official announcement. (Why’d it take so long, you ask? Um, I don’t know! Now that’s the kind of insider-y Hollywood juice you come to us for, right?) CBS entertainment chairman Nina Tassler has released a statement effusively praising Corden, and the timeline has been set. Ferguson will be signing off in December of this year. Then, at some point in 2015, presumably on the earlier side, Corden will begin hosting The Late Late Show, where he’ll be following the incoming, out-of-character Stephen Colbert on The Late Show.

First of all, he’s English, which is funny because it at least floats the minor possibility that CBS was always intent on replacing the Scotsman Ferguson with someone from the isles of the United Kingdom. He’s also 36, and has been famous in his native lands for a little while now. He did some stage work, had the show Fat Friends, then broke out for good in 2007, when he created and co-starred in the light relationship comedy Gavin & Stacey, along with his Fat Friends co-star Ruth Jones. Gavin & Stacey never quite rose to the beloved transatlantic cult status enjoyed by a string of its British peers, but it does have some kind of American partisanship, and nearly had an American adaptation, too. Last year, Fox was set for a version called Us & Them, with Jason Ritter and Alexis Bledel as the long-distance lovebirds whose fast-tracked amorousness sets the plot in motion. It seemed charming enough, but never actually made it to air.

In the original, Corden plays Gavin’s pal Smithy, a big, burly, lager-chugging clown who begins a secret, self-loathing fling with Jones’s character, Nessa, who’s a similarly gluttonous libertine. The show is markedly dopey and low-rent in a particularly comforting English sort of way, but it’s also very sweet, and it’s hard not to cheer for the characters at least a little bit. Smithy is particularly, ahem, tops, swaggering around belly-first, but not above a good cry here and there; plus, Corden and Jones basically wrote character arcs for themselves in which the punch line is, repeatedly, “Look at these two weirdos doing it,” and that’s really kind of hard not to be charmed by. (It’s on Netflix, but only the first season. Bother your friends for a Hulu Plus login?)

As Vulture pointed out, Corden eventually had a slight downfall in the U.K., when his sketch show Horne & Corden flopped hard. But it didn’t slow him down too much: In 2012, he won a Tony for One Man, Two Guvnors and, before the CBS announcement, already seemed to be having a bit of a moment. His Andy Greenwald–approved Hulu show The Wrong Mans, headed into shooting the second season, like, the other day; He’s also co-starring as the baker in the upcoming Sondheim adaptation Into the Woods. The breakout might have been imminent. Now it’ll certainly be sped along.

Replacing Ferguson isn’t replacing Letterman, and seems like a relatively welcoming environment. That’s meant with all due respect, of course: Ferguson had long ago turned away from any silly notions of mass appeal, creating an insular, twisted little show with its own fervent following. But Corden won’t be expected to duplicate Ferguson, and will presumably be given the leeway to take his own weird shot at late-night TV. (From the trade reports so far, CBS seems particularly high on Corden’s show’s potential given his 4.4 million Twitter followers, perhaps forgetting that those people are, most likely, NOT EVEN AMERICAN, BRO.) The Late Late Show hasn’t traditionally felt like a catapult to greater things. Kilborn fell off the face of the earth after leaving, and Ferguson was never really seen as a viable contender for the Letterman slot (he’s said he was planning on leaving anyway). But we saw Jimmy Fallon completely resuscitate his career on NBC — five years after debuting, he had The Tonight Show — and it’s not insane to imagine that Corden might be able to come out of nowhere and charm the pants off us (well, if we’re even still wearing pants. I mean, come on, it’s 12:35 a.m. Why would we still be wearing pants?). And at the very least: Maybe CBS is betting that millions of drowsy, parochial Americans won’t quite be able to tell the difference between one Commonwealth accent and another?

Q&A: Josh Charles on Life After 'The Good Wife,' 'Sports Night,' and Movies vs. TV

The Reality TV Gods Have Answered Our Prayers: 'Bachelor in Paradise' Has Been Renewed for a Second Season