Q&A: Josh Charles on Life After ‘The Good Wife,’ ‘Sports Night,’ and Movies vs. TV 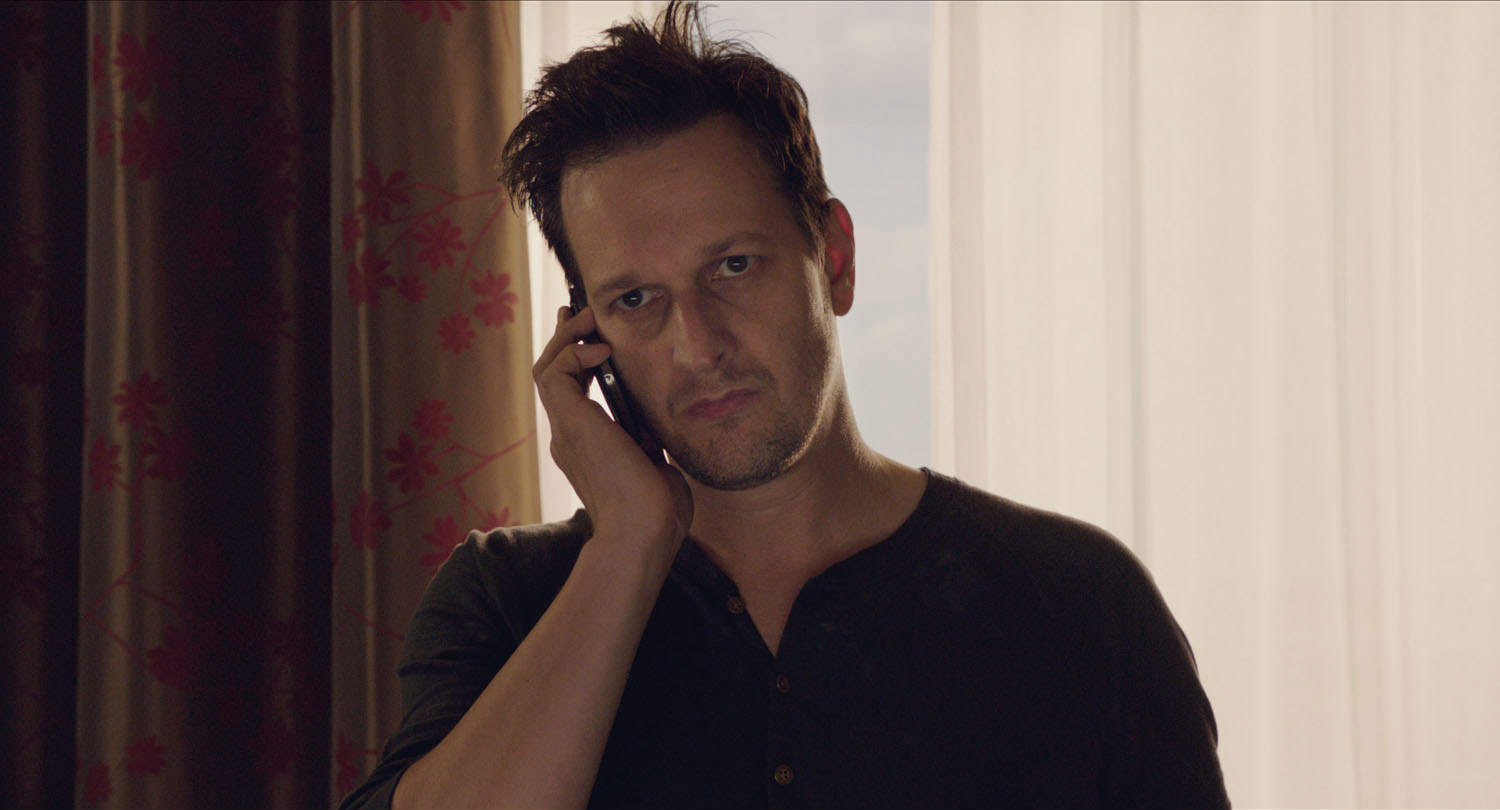 [Spoilers ahead for the most recent season of The Good Wife]

On March 23, a college student facing murder charges shot Will Gardner in a Chicago courtroom. It was the end of an era for The Good Wife: Actor Josh Charles, a presence since the show’s first episode, was off the show. Charles went out in a blaze of glory, sending floored fans into a social media tizzy. Most stars would spend a season touting the end of a successful run. But in interviews to follow, the show’s former leading man explained it was a decision made before the beginning of Season 5 (star Julianna Margulies convinced him to wait) and wasn’t a reaction to the quality of the show. This was about starting the next chapter of his life.

Escaping to a high-rise apartment from the pandemonium of the 2014 Toronto International Film Festival, where his new film, Bird People, makes its North American premiere before landing in theaters September 12, Charles acknowledges that his post–Good Wife life isn’t clear-cut. What’s next is a big question mark. The actor kicked off his career when he was 15, with roles in Hairspray, Dead Poets Society, and Don’t Tell Mom the Babysitter’s Dead leading to more films and TV roles — Sports Night, In Treatment, and ultimately The Good Wife — that made his career. He’s been working steadily since. And though Charles was able to shoot Bird People, a Paris-set, existential drama about a man abandoning his life from afar, during his time on The Good Wife, it was good fortune. Without further commitment to the show, a blank slate could mean more Josh Charles–led French films. It could not. Anything is on the table.

Sitting down with Charles, we talked about the coincidental connection between his real life and Bird People, his recent sketch comedy streak on shows like Inside Amy Schumer, the constant reminder of his past successes (and failures), and more.

Gary, your character in Bird People, arrives to Paris and feels compelled to reboot life. He’s moving on without a game plan, leaving his wife, family, and job behind. Do you see any similarities between that and your departure from The Good Wife earlier this year?

I don’t think what I’m doing is as cruel as what Gary’s doing. So, no, we’re at different stages in our life. It didn’t try to overly explain the reasons for why he was doing what he was doing, as I think it does in certain cinema. A lot of what we do know, what we see in the film, are things everyone goes through. Most people choose to try and make it work. He rejects that, what he views as American mediocrity, professionally and personally. What I admire about the film is, what he chooses to reject, it doesn’t try to exaggerate it to serve his point. What he’s going through is what a lot of people go through! But people don’t act the way he acts. It was very hard for me to play it. Could I leave my family? I don’t know if I could do that. It was hard to wrap my brain around it. The thing is, people do. I didn’t judge, nor did I want to romanticize that there’s quite a bit of cruelty to how he’s behaving. I wanted to bring as much humanity. I feel like we’re at different stages.

Leaving The Good Wife had more buildup. At least, behind the scenes.

Click here for all of our interviews with fascinating people from the worlds of sports and pop culture.
I think so. I would hope it’s clear that I didn’t leave the show to make this movie. I made it two years ago. Well before I made the decision to move on from The Good Wife. They’re separate. The drive for this movie wasn’t specifically “I want to have a new chapter” and things I’ve said to the press, but to work with interesting filmmakers who want to say something. I want to work on projects that scare the shit out of me. Working with a director I admire who doesn’t speak English, who’s trying a film that’s fucking narratively unusual.

Making a French film without knowing French sounds like the positive kind of scary.

I had to learn some French. We started in New York. They hired a teacher. Then we continued in France. And I speak a little Italian — I’ve been studying for a few years, though I’ve sort of fallen off. I’ll tell you, when you’re working in a foreign country, with a director whose natural language is not your own and you have to work through an interpreter, and the material is draining because it’s an intense experience the guy is going through, very isolated, making decisions as he’s figuring them out, and you’re on the set and everyone’s talking in French. It gets you to go into your own thoughts. You can feel very free, too. I found it meditative. I’d think, No one knows what I’m doing … I can just do it.

Television was and is a major part of your career. Is post–Good Wife about returning to movies?

I don’t view it that way. It’s about time commitment. I love television. I’ll do another television show in a second. Television’s been the best thing for me and my career. I owe a lot to it. To be frank with you, I prefer a lot of television to a lot of movies. For me, the network schedule was hard. Twenty-two a year, a little over nine months a year. It’s hard to find other work.

I was able to make that, but it’s not often that work falls into the window. [The Good Wife] is a full-time gig. So I don’t know if it’s a play or a movie. My wife and I are having our first child. There’s a lot of things.

Earlier this year you appeared on Inside Amy Schumer. Which reminded me you popped up on an episode of Stella back when that was still the greatest show on TV. There’s a sketch comedian in Josh Charles and he’s hungry.

I think that’s very observant. I love doing comedy. Like any actor, what you’ve been doing for a while, people say, “That’s what you do.” You’re constantly showing people that you do other things. Amy is someone I love and admire. I hope she has me more for this season. I love doing it.

Who’s your in to that crowd?

I know Jessi Klein, a writer for the show. And Amy I met once. They reached out to me about [“The Foodroom”] and then the newscaster one later. [Michael] Showalter I know through an old friend of mine. I knew all The State guys from the New York scene, through my friend Seth Herzog, who’s a comic. But yes, I want to do all of that. It’s hard for some people because it’s like, “You’re leaving the show … what do you have lined up?” I’m not trying to sound like an asshole. I’m not leaving for something better. I left a great gig that I could have stayed on for a couple more years and had a great time. Leaving for the next chapter means choosing new projects, maybe doing a play, making a film like this, more comedy with Amy — a bunch of things. If I’m doing something that makes me happy, I don’t really care what people think.

You directed a few Good Wife episodes after your final onscreen appearance.

I’m doing one more this year. And I really want to make a film. That’s my goal.

A lot of people want to make a movie.

I am one of those poor schmucks that wants to do that.

What is your film about?

I want to make a film that’s personal to me. A character-driven film. I’m looking at things. I can’t tell you in Toronto with a microphone on. OK, it’s Lawrence of Arabia 2.

Or as someone once told me and I spit my drink — this is when I knew I needed to leave Hollywood — they said they wanted to remake Killing of a Chinese Bookie and my martini just spit out. Somewhere John Cassavetes is rolling in his grave. 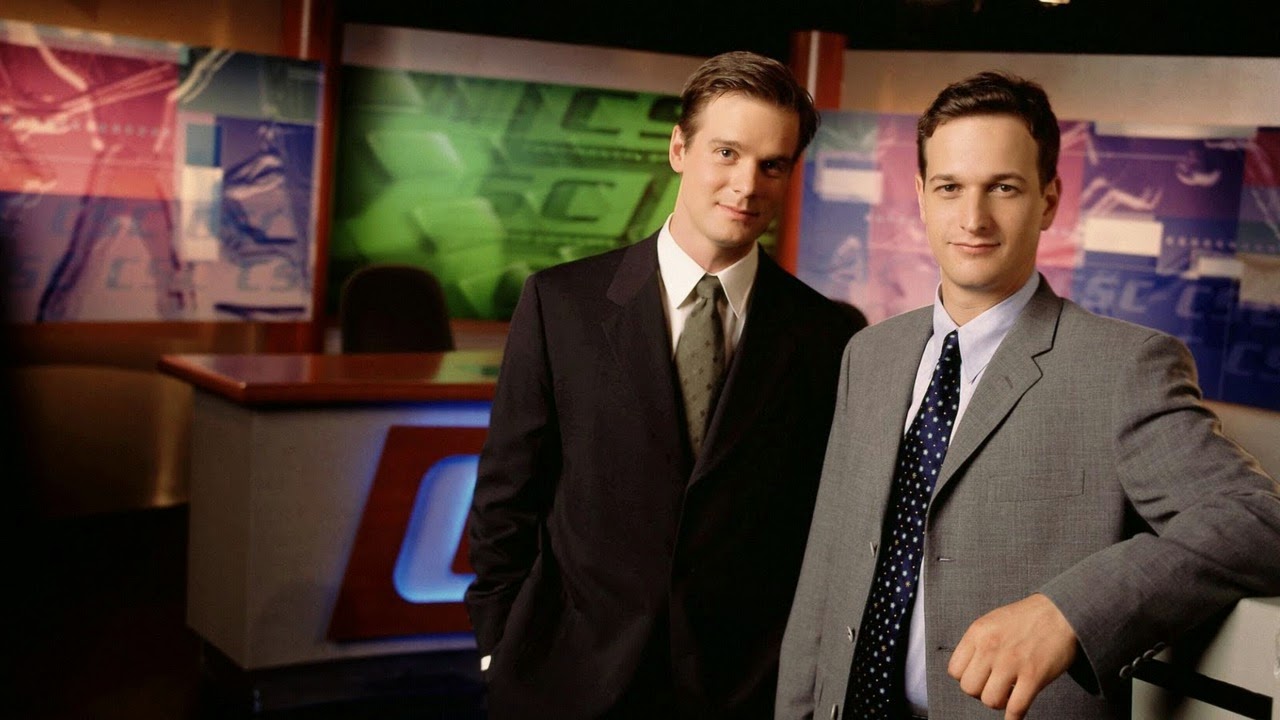 As you look forward, do you feel any nostalgia for your past work? You constantly see Sports Night on the canceled-too-soon lists, fans wishing it could somehow return.

“Make this into a movie!”

But these days, shows do come back. Would you want it to?

I’m not a nostalgic person. I don’t have nostalgia for most things. I’m not a very sentimental person. I have great memories from the show. We got together recently and I saw people. I stay in touch with Peter [Krause], Josh Malina. I saw Felicity [Huffman] at the Emmys. I’m proud of that show and proud that people love it. When we finished the show, I don’t think I had seen the last six or seven episodes of the show. I watched some recently. Someone sent me it on YouTube. We made something cool.

When you did Sports Night, shifting from movies to television may not have been as prestigious. Did it feel like a risk?

I wasn’t looking to do a TV show at the time, but that pilot script was so good that I knew I wanted to do it as soon as I finished reading it.

So you could enjoy an experience like Muppets From Space instead of throwing up your arms wondering why you’re not doing more movies.

I loved doing that film as I grew up such a huge fan of the Muppets. I had a week off from Sports Night and we filmed for a few days in North Carolina. It was a fun week and a childhood dream to interact with all of those characters. Also it made me seem cool to my niece at the time.

In a 1989 People profile pegged to Dead Poets Society, you told the interviewer that your biggest worry was longevity. You were 18 years old. How do you feel 25 years later?

The good part of starting young is you get a head start. There were a lot of things I didn’t do by starting in the business young. I missed college. But I got a lot of life experience. I got to travel and see the world. But your hits and misses are out there for everyone to see. With [YouTube] videos, things live. You could make something and make a mistake. I’m sure when you were 18 you made mistakes and they weren’t plastered on Netflix.

What movie haunts you?

Haunt is too dramatic. They can’t all be winners. Part of it is a learning experience. Why was I talking about longevity? I’ll tell you why: I wanted to be an actor from a very early age. I knew as a kid, even before that movie, a young kid doing acting that this is what I want to do with my life. I didn’t want to do it so that I could have my picture taken and be famous; I wanted to have a career. I wanted to be able to say, “I did this.” I think that was on my mind. I was cautious about starting young because I knew I could go down in flames.

It's Official: That James Corden Guy Is Replacing Craig Ferguson on 'The Late Late Show'