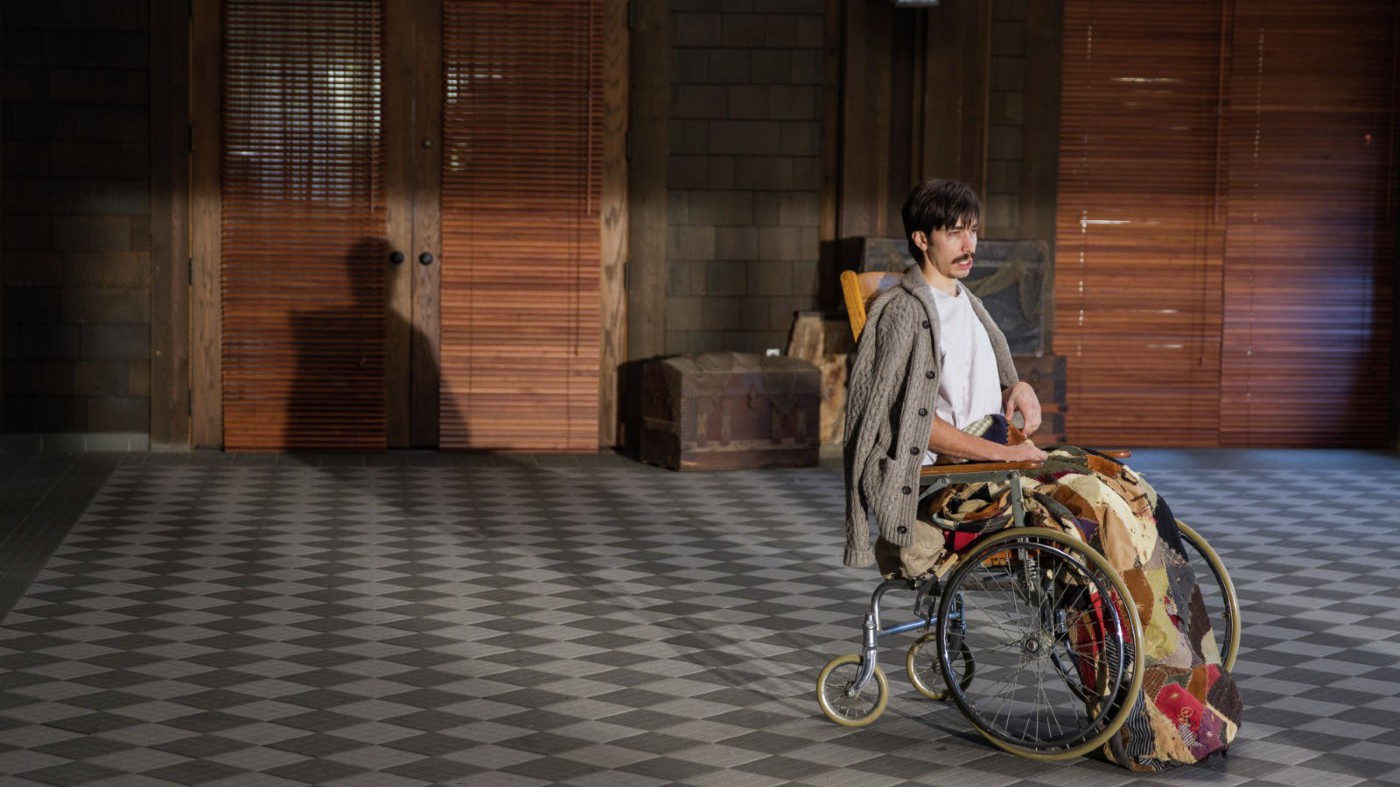 Look, I want to see Denzel Washington make meatloaf out of Russian gangsters just as much as everybody else. Yet while a majority of the world’s movie press, gathered for the Toronto International Film Festival, was packed on Sunday afternoon into The Equalizer (which opens at the end of the month), I went a different direction: to see the new Kevin Smith movie. I went unaware of its story or who’s in it. I went because it’s called Tusk, which happens to be the name of the best Fleetwood Mac album, whose scarily mounting pitter-patter percussion makes a couple of extended appearances in the film.

This is Smith’s 20th year at the movies, and he remains a gleeful hack. Nonetheless, after two decades and 11 films, he has acquired an iconoclast’s disposition. He’s been to Hollywood. It’s not for him. Since 2004’s Jersey Girl, the question with Smith is, is he still for us? Surely, Tusk is for someone — probably that moviegoer who’d enjoy Tom Six’s The Human Centipede movies better if they had Smith’s sarcasm and lack of rigor.

The most complex achievement of Tusk is that it’s trying, in many senses of the word. Justin Long plays an obnoxious L.A. podcast host named Wallace Bryton — the show’s called The Not-See Party — who goes missing, “like, two hours from Winnipeg.” His captor is an old adventurer and military cook (Michael Parks) with severely fond memories of an encounter decades ago with a walrus. Since the movie opens in two weeks, America can see for itself what those memories mean for Bryton.

Ultimately, it’s just an excuse to give Parks a better role than he’s gotten even from Robert Rodriguez and Quentin Tarantino. For a few scenes, it’s a good excuse. Parks speaks in a cool, deliberate but quizzical manner. He has found menace in a script that has no ideas, just random literary references and tall tales about Hemingway and Coleridge — well, at least to “The Rime of the Ancient Mariner,” which most grade schoolers encounter at some point. After Wallace starts losing body parts, and once his girlfriend (Génesis Rodríguez) and podcast sidekick (Haley Joel Osment) start looking for him, whatever intelligence there was behind this movie dissolves.

Smith is at his strongest when he can weaponize the chip on his shoulder. He likes to challenge orthodoxy and parochialism, as he did in 1999’s Dogma and the underrated fundamentalist horror show Red State (2011). Neither movie was coherent, but both had ideas. I’ll take anger over crispness every time. Still, a mop and a blueprint would get him closer to the Austrian filmmaker Michael Haneke than you would ever think Smith could come, not that that’s his goal, especially here.

What’s frustrating about Tusk, though, is that Smith winds up making a kind of moral tragedy anyway. It just doesn’t seem to interest him. Because grossness, irreverence, and randomness are his thing, he leans on those. Toward the back half, he dotes on the very famous actor who shows up in heavy makeup and with a stunt Manitoban accent. It’s another lark that a little patience on Smith’s part could have maintained the Tarantino kick that this movie is evidently going for. He just can’t write monologues the way Tarantino can. He can’t erect the scaffolding necessary for suspense or surprise, either. To Smith’s credit, this is a weird movie, and Long gets better — moving, even — the less you see his face and the more he struggles to enunciate. But weird is all this movie is, when it could have been a lot more.

Almost no one makes weirder, more random movies than Hong Kong’s Johnnie To. Like Smith, he has a movie at Toronto named after a 1970s song. Unlike Smith, To’s got dozens of titles and half a dozen genres under his belt. We’re talking at least 52 films. Mostly they veer from ultra-violent crime thrillers to ultra-moist romances, and the majority of them never play theatrically in the U.S. Even by To’s own admittedly high bar for “Are you kidding me?” nonsense, Don’t Go Breaking My Heart 2, which played here last night to baffled laughter, feels like it’s breaking new ground.

Yes, there’s a Don’t Go Breaking My Heart 1, from 2011, and seeing it helps here, but only in the way that watching the previous 40 years of General Hospital would clear up what’s happening on the show today. Don’t Go 2 bobbles at the romantic comedy end of the Johnnie To spectrum. Four businesspeople and one slacking interior designer chase each other around Hong Kong and briefly around Suzhou, China, falling in and out of love with each other. You need a diagram to keep up with all the mind-changing.

This is a movie that hinges on the inability of a high-powered financial titan (Miriam Yeung) to drive her gleaming white Ferrari. “I wish a cute guy would come to my rescue,” read her subtitles. Sure enough, there’s a knock on the driver’s-side window. Why, if it isn’t the thin, bronzed CEO (Louis Koo) who just leased office space in the skyscraper across the way from hers because the women in her building have breasts so big they make his nose bleed. Naturally, she sees him waving frantically and his eyes popping out of his head and assumes that the manic body language is for her. Meanwhile, a young senior analyst (Gao Yuanyuan) hears that the titan is nearby and races from her wedding dress fitting to plead for a job (she has a master’s from Columbia and spent two years at “Merrill Sachs”!). To trace the entanglements and reentanglements with the CEO, do not consult the diagram, just see Don’t Go 1.

Every once in a while, the film’s effects team will make the footsteps of finance drones sound like the men marching into the triad battles in To’s Election movies. Working with assistance from his constant enabler, Wai Ka-Fai, To even throws in a man brawl. But mostly the movie has a blissed-out, pro-corporate badness. It feels like a commercial for both a soft drink and executive privilege. It also really believes in its own randomness, like when an evening between the financial titan and the designer culminates in rescuing a game-predicting octopus from becoming dinner. Naturally, the octupus can also predict which man to marry. I’m not kidding. But To is. At least, I think so.

Q&A: Josh Charles on Life After 'The Good Wife,' 'Sports Night,' and Movies vs. TV