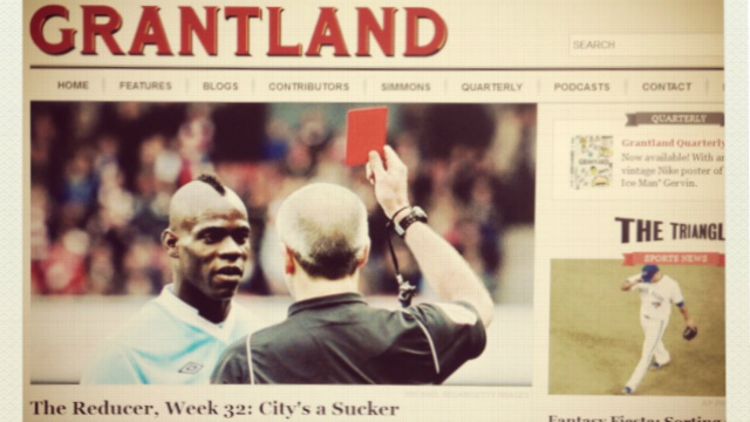 Our ‘lives’ are allegedly a meaningful experience, and the Internet is supposed to be a place to document our lives in a tasteful way, contributing to a larger cultural discussion by simply sharing ourselves. The Web sites that you load every day are just as important as the clothes you wear, the technology you own, the television shows you watch, and the car you drive. Basically the same ‘material things’ that allow us to actively or inactively participate in modern classist behaviors are equally as embedded in our digital behavior.

Digital classism is the emergence of varying classes of people existing on the Internet who utilize habits of technological participation as a way to establish their status in digital society.

Your digital existence can be enhanced or bottlenecked by your computer, your browser, your 4G wireless device, or even the first website that you type when you want to ‘read the news.’ Members of the digital upper class perceive themselves as being the most connected, self-aware, and tasteful in their sharing mechanisms. The middle class is a group of sharing and caring social network users who lack the ability to question their online existences in the same way that a Middle American is somehow programmed to never question why they are supposed to start a family, get a decent job, and do their best to raise decent kids. The impoverished class are the technological laggards, seemingly confused and frustrated by the wavering disconnect between reality and their digital existence, often resulting in the darkest displays of ‘humanity’ on the Internet.

On Monday, the popular app Instagram was acquired by Facebook for $1 billion. It represented the acquisition of a perceived upper-class product by the mass-market social network Facebook.

The billion-dollar deal made the entire world attempt to rationalize what was actually acquired. A unique technology? The acqui-hire of a workforce? A ‘cool’ brand and user base that cannot be replicated because of its organic growth? The simple elimination of a competitor? While Silicon Valley is America’s symbolic home of innovation, it seems like Facebook’s $1 billion acquisition of Instagram was more about the investment in the digital photograph as something that can still be meaningful and personal, not just some image file that is lost in the grid of a social network’s user interface. Now that smartphone cameras have cannibalized the point-and-shoot markets, Instagram provides a service that allows users to feel as though their captured moments can be ‘elevated’ with the use of vintage filters and effects.

It’s easy to forget what a disruptive technology that digital photography has been, not just when it comes to quality, consumer usability, and the creation of affordable price points, but in the way our relationship with images changed when it became a little bit too easy for EVERYONE to take a picture. All of a sudden, your aunt was whipping out her digital camera at a chain restaurant, offering to send everyone in the family a high-resolution photo of the latest family meal. Some girl you went to high school with managed to take 100 pictures at a tacky club in the suburbs where you went to high school. Even that person you thought you respected took an accidentally depressing picture of their meal and tried to pretend they were a ‘foodie.’

Every day, we get to see a bunch of mediocre images captured by mediocre cameras on our overpriced phones, uploaded via our overpriced data plans. But for the digital upper class, it is worth paying to be a participant of this instant cycle of sharing. Instagram has placed itself as a necessary tool in this process, an easy-to-use mobile app that Facebook bets will serve as the definitive photo-editing and -sharing tool of the current digital era.

Digital photography is the driving force behind the digital classism with which we live our online lives, because it instantly allows you to size up your class competitor’s lens on the world. The pictures that we take on our phones aren’t just a series of meaningless pixels uploaded to the cloud. They are supposed to be the precious moments of our ‘lives.’ Instagram created a space where all classes of digital users can feel comfortable capturing a moment, protected in an insulated environment with authentic effects (especially before a version of the app was released on Android days before the acquisition).

There has been a predictable backlash against Facebook’s purchase of ‘something that used to be cool’ which is indicative of our natural tendency to react to mergers and acquisitions as digital classists. We’re not searching for a perfect, uniform product or service for everyone. For some reason, digital consumers believe that their free will to visit websites, download apps, and curate the content networks upon which they share themselves is supposed to add up to a meaningful personal journey.

Although it is the most popular social network, Facebook has come to be associated with ‘privacy concerns’ that are neglected by the middle and lower classes of digital society, but overvalued by upper-class members who complain about things on Twitter. While Facebook became one of the most valuable sites on the Internet by allowing mass-market audiences to participate in ‘life’ as we now know it, it is still under the threat of becoming an impersonal experience without constant innovation that is aimed at making users feel like they are building something meaningful as they upload their ‘lives’ to the social network. Being on Facebook just doesn’t make you feel like a VIP.

As we’ve witnessed with most social networks and online tools, it is important to cultivate the sense of a VIP community. Facebook did it by initially launching at Ivy League schools. Back in the day, Gmail was ‘invite only,’ and invites were sold for stupid amounts of money on eBay. Instagram cultivated its initial VIP brand on the iPhone, back when even the iPhone still felt like a VIP experience protected by data-plan, handset-price, and network-exclusivity barriers. Instagram did its best to over-preserve the idea of Instagram as a VIP experience. It wasn’t trying to scale by adding excessive social connectivity features and functionality that Facebook, Tumblr, and Twitter did better. All it did was allow us to ‘sincerely’ or ‘post-ironically’ add photo filters to our camera-phone pictures. Even the idea of an ‘app’ itself is an insulated environment that is preserved from the excessive noise often associated with lifestreaming.

Facebook’s Instagram acquisition proves that the billion-dollar idea that defines humanity is that we are all desperate to immediately capture both the important and mundane moments of our lives, but not at the cost of letting the state of technology marginalize the narrative voice. Initially, digital photography eliminated the positive feelings of nostalgia associated with staring at a picture from the past. Instagram serves as a gateway toward making pictures feel meaningful and personal in a digital format.

At least until the digital lower class ruins it, marginalizing what we thought was once a method of innovative digital self-expression and communication, just like they did with Myspace.