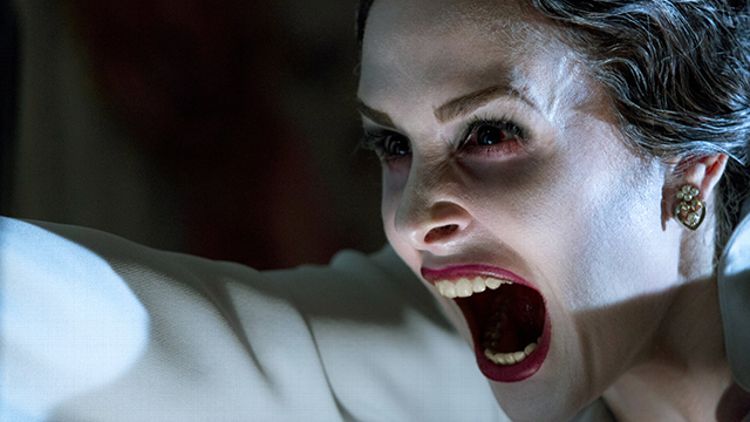 That’s compared with the original’s $13.3 million and on top of a near $42 million opening for his haunted-house hit The Conjuring barely two months ago. (Takeaway lesson of that one: Don’t close escrow on that quaint New England colonial you plan on remodeling if your dog won’t even step inside.) And we shouldn’t forget Wan’s torture-porn urtext Saw. Back-to-back $40 million openings within a year hasn’t been achieved since the Wachowskis did it with the two Matrix sequels. And since Wan is also picking up the reins of Fast & Furious 7 for next July, he might have a box office hat trick in the offing, which means Departed-level mounds of blow will be in order.

Speaking of gangsters with a penchant for Looney Tunes levels of violence, Luc Besson’s The Family took second place with a more modest $13.9 million despite the best self-parodying of Robert De Niro, Michelle Pfeiffer, and Tommy Lee Jones. It’s a strange day when Goodfellas leveling the French countryside with propane tanks can’t stir your average red-blooded American moviegoer, but maybe Riddick’s Shakespearean eloquence distracted us all; in its second weekend, Vin Diesel’s retirement ticket grossed $6.5 million for third place. Rounding out the top five are two $100 million babies: Lee Daniels’ The Butler and We’re the Millers, with $5.5 million and $5.4 million, respectively. That’s right, Hollywood, pay attention: Lessons in civil-rights history appear to be more lucrative than mob violence. (Though not quite as lucrative as a Jennifer Aniston striptease.) Also inducted into the hundred-millionaire club this weekend: This Is the End. Aided by another James Franco meta-reflexive self-aware performance and the single greatest castration of Satan in film history, Seth Rogen and Evan Goldberg’s apocalyptic comedy has grossed $100,400,000.

And the little Latino market–oriented dramedy that could, Instructions Not Included, has raked in a respectable $26.5 million to become the sixth-biggest-grossing foreign-language movie in American history. Take that, One Direction! However, if you consider, as some do, Simon Pegg’s drunken recitation of assorted English pub names in The World’s End an unintelligible foreign language, then Edgar Wright’s dark comedy is right on its heels with $23.9 million.