In Memoriam: James Garner of ‘Maverick’ and ‘The Rockford Files’ 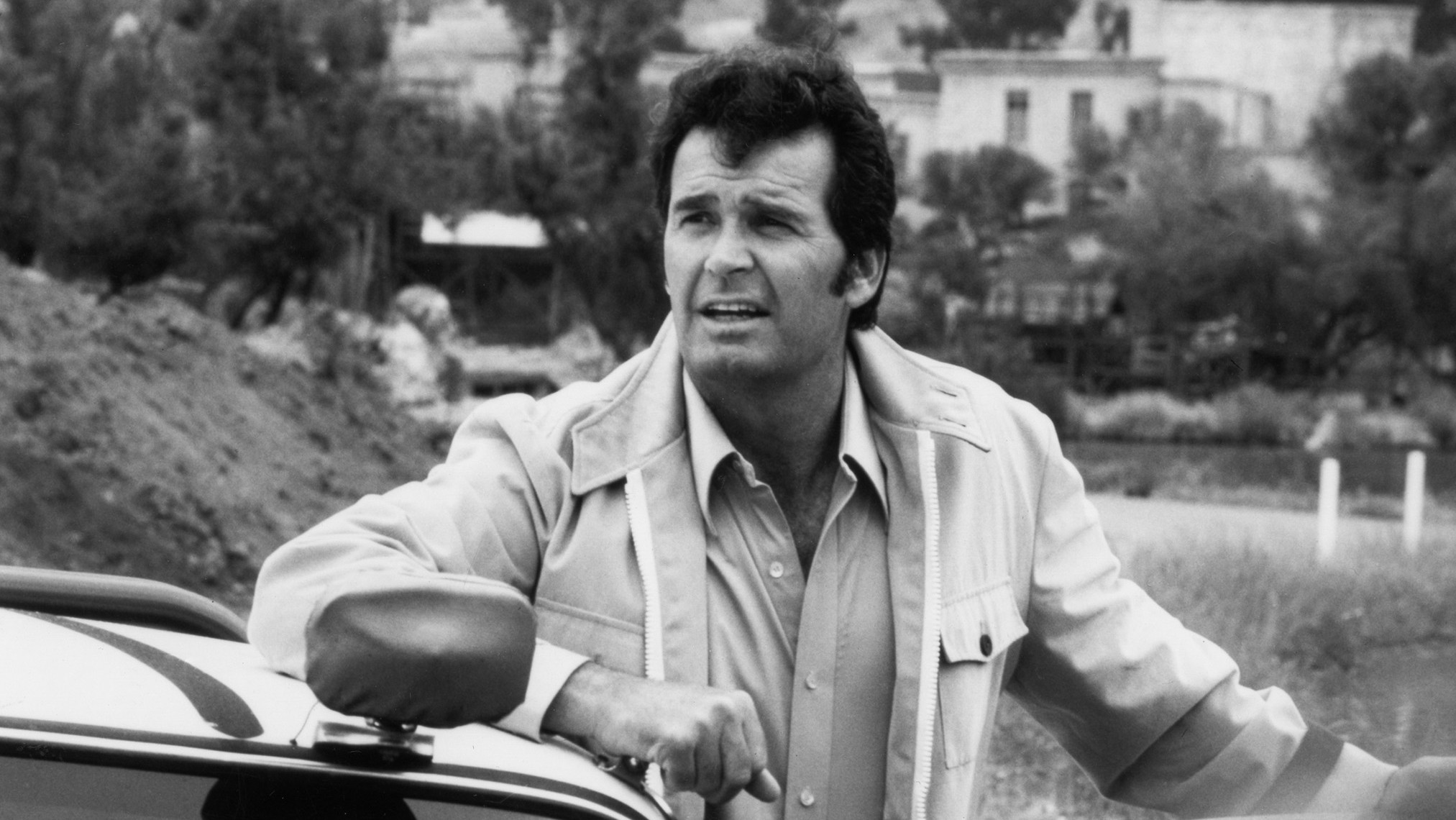 On Twitter yesterday, as news broke of James Garner’s death at age 86, it was correctly pointed out that Garner — in the hustler-businessman title role of Cash McCall (1960) — was one of Matthew Weiner’s inspirations for the creation of Don Draper. To which I replied (I’m paraphrasing my Twitterese) that Garner’s TV persona, as displayed in first Maverick and then The Rockford Files, was precisely the kind of manliness Don Draper aspired to but is doomed never to achieve.

The exact opposite of a mad man, Garner the actor was an assured, assiduously unpretentious performer who worked artful variations on a few essential themes of the rogue: that good looks did not equal genius, but helped a lot if you were a con man; that given a choice, one should take the money and run. The neat paradox of Garner’s career is that he worked hard and honestly to communicate those notions.

That career didn’t commence as Garner had planned it. He’d been cast as Marlon Brando’s sidekick in Sayonara (1957) when his contract to Warner Bros. television studios, where he’d been doing bit roles, obliged him to shoot the pilot for Maverick. Garner complied with his masters, and so a small-screen stardom began out of frustration and regret, since the ’50s was a time when a TV actor didn’t transition easily into the more prestigious feature-film realm.

But, working in collaboration with the writer-producer who would prove his amanuensis, Roy Huggins, Garner turned the Old West card sharp Bret Maverick into both a career-making role and a tiny revolution in TV stardom. Right from the start, Maverick pissed on other Westerns. The genre dominated much of prime time, headed up by tall sticks of wood (James Arness’s Marshall Dillon on Gunsmoke) or hotheaded action heroes (Nick Adams, the poor man’s James Dean, in The Rebel). Maverick even did ballsy, episode-long parodies of the era’s biggest Western hits, Bonanza and Gunsmoke, the latter an episode titled “Gun-Shy.” 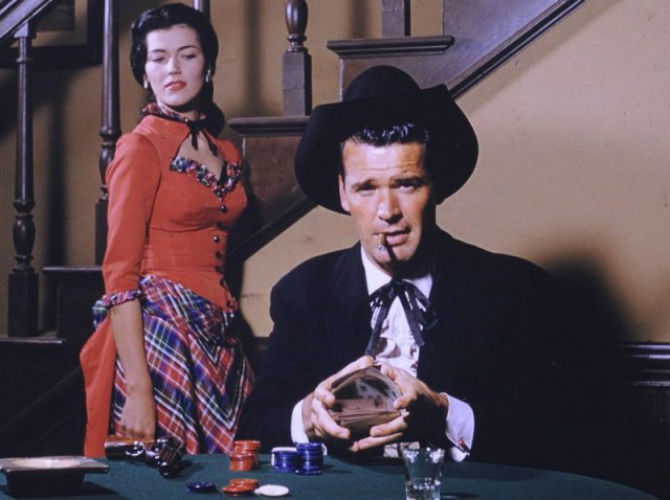 The word “macho” has cropped up in a lot of early obits and appreciations of Garner, and I’m pretty sure he would have laughed at that. One way to view his entire career is to see it as a genial deconstruction of machismo. Huggins termed Bret Maverick a “gentle grafter”[sic] in his original guide notes to writers for the series. Even more significant, Huggins dubbed the character “a happy existentialist” whose “motives always derive from himself, never from others, or from ‘the community.’”

One of the best performances James Garner ever gave consisted of him spending most of one episode of Maverick simply sitting in a rocking chair, whittling a block of wood. “Shady Deal at Sunny Acres,” airing in 1958, found Garner’s character verbally manipulating members of a small town into giving him back the $15,000 he’s been swindled out of by a banker played by the superb John Dehner. Rare for its setup of Bret Maverick as victim, it nevertheless captured everything great about Garner’s acting: its deceptive casualness, the way he communicated shrewdness through mild expressions and gestures, that devastating smile combined with the humorously quizzical arch of the eyebrows.

Initially, Garner got a kick out of playing Maverick as a man who’d prefer not to muss his fancy black suit at a time when black clothing in Westerns signified “bad guy.” Maverick declined high-noon shoot-outs in favor of outwitting his opponents. Accomplishing this without coming across as craven, cowardly, or meek was mostly due to Garner’s ability to make slyness seem like the boldest, most sexy strategy to pursue. Slick without being smarmy, Bret Maverick was at once a man’s man and a ladies’ man.

Indeed, the ease he demonstrated with actresses, whether it was with frequent Maverick guest star Diane Brewster, or Gretchen Corbett as private eye Jim Rockford’s lawyer/girlfriend on Rockford, or with Mariette Hartley in their charmingly flirty Polaroid TV commercials in the late ’70s/early ’80s, was a kind of low-boil sexiness that made women — his co-stars and those in his audience – seem to feel at ease with his characters.

Rockford, as Garner and Huggins often agreed, was simply an update of Maverick transposed into the contemporary private-eye genre. The 1974-1980 series, launched by the pair along with a Huggins protégé, producer Stephen J. Cannell (The A-Team, Baretta), had Rockford living out of an L.A. trailer with his dad (the growly Noah Beery Jr.). The hero was the anti–Lew Archer, apparently unreflective yet hyper-aware of everyone’s craven motives, and it was a role in which Garner fulfilled his great talent for exemplary, casual wiliness.

The Rockford Files, whose staff writers included future Sopranos creator David Chase, had an Elmore Leonard–style funkiness, and was a perfect framework for Garner’s distinctive projection of craggy charm and canny cowardice. Garner made sure the show had a colorful squawk and cynicism so that, once again, it subverted its genre rather than playing nice. A pre–Magnum, P.I. Tom Selleck popped up occasionally to inhabit Lance White, the kind of strutting, infallible peacock private-eye common on TV, the sort of impossible crime-solver whom a workaday schlub like Rockford disdained. In another episode, Sam Peckinpah stock player Strother Martin played a wild-haired old coot who hires Rockford to spring him from a phony mental hospital. As Garner looks on, amused, Martin’s character yawps to a nurse, “You’re not gonna electroshock me, ya barren queen!” You didn’t hear dialogue like that on Cannon or Cagney & Lacey.

Over the years, Garner maintained a simultaneous TV and movie career at a time when such crossovers were rare. In this, he paved the way for Clint Eastwood and Steve McQueen, both of whom emerged from TV Westerns (Rawhide and Wanted: Dead or Alive, respectively). But unlike Eastwood and McQueen, Garner either did not seek out or was not sought after for brooding he-man roles. The self-effacement that worked so well as a living-room presence week after week, combined with a complex vulnerability that made him superlative as both a small-town pharmacist in Martin Ritt’s Murphy’s Romance (Garner’s sole Oscar-nominated role) and a perplexed lover in Blake Edwards’s Victor Victoria, never propelled him into full-fledged movie stardom.

Garner had one TV flop that merits further study: Nichols (1971-72), a show that included what was reportedly his favorite role, but nobody wanted to tune in to see him as a shabby frontier hobo with a droopy dog companion. Garner’s flexibility as a performer did, however, serve him well later, post-Rockford, in another arena: made-for-TV movies, the often discredited genre in which Garner gave nuanced, distinctive turns in roles as various as Alcoholics Anonymous co-founder Dr. Bob in 1989’s My Name Is Bill W., and a crusty judge in 1990’s Decoration Day.

I once wrote that Garner was TV’s Cary Grant, a compliment I intended to refer to the artful effortlessness both actors emitted; it was also an attempt to raise Garner’s rep a notch or two by aligning him with a bigger but similarly tempered star. But it’s clear now that Garner doesn’t need praise-by-association. Like all such comparisons, it’s a bit off — Garner never strove for the suave or debonair qualities Grant gave off like a glow, while Grant could never have inhabited Jim Rockford’s houndstooth jacket with the workaday conviction Garner brought to the job. James Garner was his own man.

Ken Tucker (@kentucker)  is an NPR critic who writes frequently about TV, music, and books.

Know Your Rom-Coms: 6 Tropes of the Genre's Golden Age

'The Leftovers' Despair-o-meter: Ranking the 10 Most Depressing Moments So Far