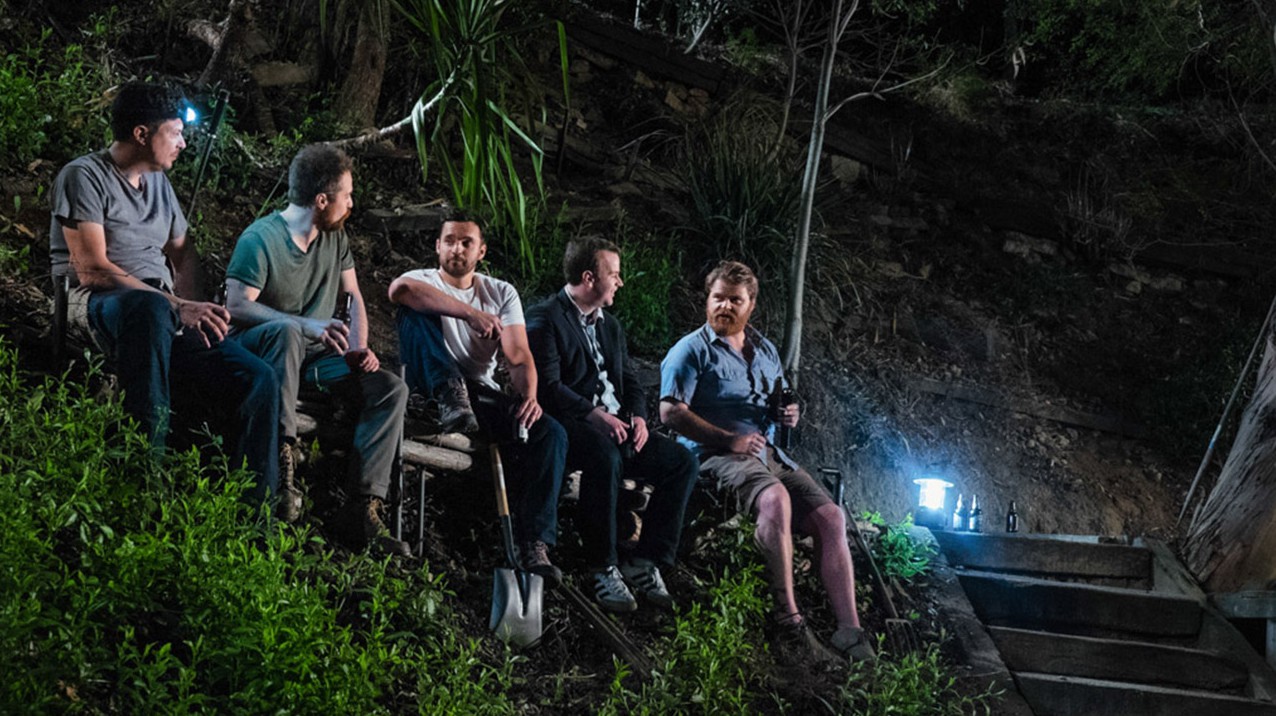 In 2013, with Drinking Buddies, Joe Swanberg — the prominent and prolific independent director — entered a new realm of acclaim. Partially that was thanks to the presence of Jake Johnson, sitcom stalwart, and Olivia Wilde and Anna Kendrick, actual-ish movie stars. Mostly, it was the sly, winsome nature of the movie, an inverted romantic comedy that oozed chemistry, love, and warmth. At that point, Swanberg had been pumping out endearingly shambling, digitally shot projects for nine years. For critics and pop commentators, then, this felt like a natural, familiar trajectory: indie kid looks to put on the big-boy pants.

Since, Swanberg has stuck to his roll-’em-out model. In the past two years, he made both All the Light in the Sky, a quiet two-hander starring Jane Adams and Sophia Takal, and Happy Christmas, which brought back Kendrick to do her DIY take on the much-maligned Hollywood manchild. Swanberg, who acts frequently, also costarred in the movie, as did his pal Lena Dunham. And once again, Swanberg’s profile was bumped up a few notches.

This week, he drops Digging for Fire, decidedly his most ambitious work to date. This time it’s Jake Johnson, also a cowriter, doing the manchild-ing. His wife, played by Rosemarie DeWitt, wants him to do the taxes. But he found a gun and a bone in the backyard of the gorgeous Los Angeles home they’re housesitting, and so he’d much rather just putz around with that.

DeWitt takes off for the night with their cute kid (played by Swanberg’s own child, Jude), and ends up having a quasi-romantic dalliance with Legolas, of all people. Back at the house, Johnson invites a revolving door of friends and young ladies — Sam Rockwell! Brie Larson! Chris Messina and his dick! — to drink, smoke, blow lines, and dig for bones.

For Happy Christmas, Swanberg shot on film, which was a notedly marked departure for a guy so closely associated with the freedoms of digital. But it was Super 16, and so the effect — a grainy, home-movie feel — was ultimately in line with his previous work. This time he’s stepped up to 35mm, and the results are astounding. The cinematographer Ben Richardson makes the location — the lovely home of screenwriter Larry Karaszewski (a.k.a. the guy who wrote Problem Child!)1 — pop; any given still would make for an excellent, colorful above-your-couch accoutrement.

Meanwhile, composer Dan Romer’s original synths and an excellent selection of musical oddities make for a delightfully welcome score. At one point, Johnson stomps around with the pistol to Sam the Sham & the Pharaohs’ “Li’l Red Riding Hood” in a rich person’s white-washed living room, and it’s like we’ve suddenly stumbled back into Mia Wallace’s coked-out party den.

The look, the sounds, the cast — everything is bigger and better. The optics are there. The narrative is ready to be fulfilled. And so why does Fire feel like it all fizzles out at the end?

While praising Andrew Bujalski — a peer of Swanberg’s from the indie digital days of the aughts — for his latest, Results, and the creative growth it exhibited, our own Wesley Morris had this to say about our man Joe: “He’s prolific within … self-imposed imaginative constraints. And that embrace is, at least, making for more watchable films. There are charm and warmth, if not artistic purpose, in this last batch of movies, which includes Happy Christmas and Drinking Buddies. For one thing, he’s working with professional actors, who can impose some personality on the humdrum settings and no-stakes stories.”

I find myself nodding vigorously at this. Scene to scene, moment to moment, Swanberg is excellent at creating content; he’s got great, talented friends, and he lets them be their natural, charismatic, fucked-up selves. So why do I still find myself sitting on the couch, shouting at Pavement: “Try harder, dammit!”

“The one thing I’ve noticed … is how deeply the narrative expectation of films are plowed into us, almost as from when we’re children.” This is Marc Maron speaking to Joe Swanberg in their WTF episode from earlier this year. “So it’s very interesting to watch your movies … watching Happy Christmas, you’re sort of waiting, like, ‘Something’s gonna get bad! Something’s gonna go down, man! Is she gonna get in a car accident?!’ But the big turn is — what? She burns a pizza?”

This was said as praise. And it made me want to roll my eyes forever.

For many people, a lot of the charm of Drinking Buddies was that [SPOILER ALERT] for all of their natural chemistry and cutesy flirtations, Johnson and Wilde never consummate their attraction. Me, I was hoping they’d get naked already.

It’s unfair, I know that. Over and over in his films, Swanberg has indicated exactly what he’s interested in: letting naturalistic characters loose to talk, to bounce off each other, to maybe connect; letting nothing happen, if that’s what feels real. And that’s what drew me in to his work in the first place. I really do like his characters, and find them familiar, and want to spend time with them. It’s just that “nothing happens” mantra that’s driving me, increasingly, a bit batty.

And somehow I’d convinced myself that Digging for Fire would be different. For the problems I have with him as a leading man, small doses of madman Sam Rockwell are always a good idea. If you’ve seen Short Term 12, you know that Brie Larson can kill at will. And Jake Johnson has quietly, slowly proven himself as deserving of that no. 1 spot on the call sheet. The gun! The bone! And you add it all together — just to simmer at low heat?

In a negative capsule review for EW, Chris Nashawaty called Digging for Fire “Swanberg’s latest meditation on aging-hipster malaise.” That’s reductive. But it’s probably true. What did I want? What did I expect? I don’t know. Joe Swanberg’s model is admirable, much-studied, and demonstrably effective. But if this is the paragon of modern indie filmmaking, it leaves me wanting. Now I can’t help but feel that we should all be rewatching and re-talking-about Shane Carruth and Upstream Color. Or hoping Benh Zeitlin goes ahead and drops his next banger soon. Or wondering: What would the currently unloved Nicolas Winding Refn do with a gun and a bone?

And it reminds me of this one time when — walking out of the theater after one or another of these aging-hipster-malaise exercises that I keep being drawn to, that I keep pulling people to see with me — my brother let out an inspired phrase: “Too much mumble, not enough core.”