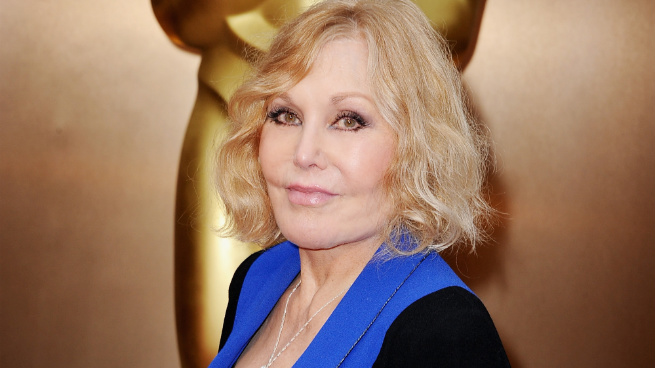 It’s easy to criticize celebrities for getting plastic surgery, which we assume has its roots in vanity and superficiality; calling it out on sight, especially the sort of knife-work that looks unnatural, seems almost like a wholesome PSA. And in a way, it is. Perhaps more exposure to untouched, aging faces and bodies would lead us to a place where we could accept our own wrinkles and saggy spots more easily. One day, you, too, will feel bad about your neck, but it would be nice if your neck had some company, other necks (especially famous ones) with which to commiserate. Good plastic surgery conceals itself, informing what we think of as aging “gracefully” or “naturally.” Bad plastic surgery is our revenge on being held to a standard set by people who can afford personal trainers, nutritionists, juice cleanses, caviar facials, and undetectable face-lift seams. Maybe we wouldn’t want them even if they weren’t prohibitively expensive, and maybe we find that in certain lights, even the subtlest injections and surgeries look a little unnatural — but when we remark publicly about other people’s altered appearances, there’s usually a hint of a self-satisfied smirk.

Remarking on plastic surgery is a moral hangnail. Sometimes, as in the case of Valeria Lukyanova (the “Human Barbie”), it is absolutely impossible to talk about a person without addressing the alterations they’ve made to their face and figure. In Lukyanova’s case, it is the factor most responsible for her fame, visual performance art. It’s an illusion meant to grab your attention, and when you inspect it and discover (in Lukyanova’s case) a racist space alien underneath, you’re pretty much done with thinking about it for good. When plastic surgery’s effects are obvious, however, it would appear as though it’s for one of two reasons: first, the surgery was botched, or second, the patient suffered from such deep-seated insecurity that their aim was to cease resembling themselves altogether. We forget this, and because these faces are (sometimes inadvertently) attention-getting, we feel absolutely OK with remarking on what we’ve seen. You did this to be noticed, we think, and I’m doing what you invited me to do.

As Kim Novak recently proved, it’s far more complicated than that. When Novak appeared at the Oscars in March, where she was presenting with Matthew McConaughey, her visibly altered appearance became a talking point on Twitter (Donald Trump, of all people, suggested she “sue her plastic surgeon,” while others joked she should be featured in the “in memoriam” segment and compared her face to the Joker’s). The comments were mean, but to be fair to those who made them, the Oscars have turned into such a social media spectacle that it would have been hard to expect nobody would remark on a familiar face so drastically changed. Novak is 81 and has flown under the public radar for years, leaving Hollywood to live on a ranch in Oregon and becoming selective about her public appearances. Last week, Novak posted a public message on Facebook responding to the “jabs” she received following the Oscars broadcast. She explained that she’d had fat injections in her face before a TCM interview in 2012, thinking they would be “less invasive” than a face-lift. “In my opinion,” she wrote, “a person has a right to look as good as they can, and I feel better when I look better.” While at Cannes last year, Novak points out, she received a standing ovation, whereas she was “bullied” in Hollywood: “The only difference that night was that I had taken a pill to relax — that I shouldn’t have taken. I had been fasting for three days and it affected my behavior. I regret taking it.”

Novak’s stilted speech didn’t garner as much attention as her face, but that she mentions fasting (for three days!) and taking an anti-anxiety pill before the ceremony reveals a great deal regarding her vulnerability. As Amanda Hess wrote in a Slate piece following the ceremony, “Hollywood may value youth above all else, but as we learned last night, there’s nothing sorrier than an older woman who tries to look young.” Our Twitter commentary reflected an attack on someone whose situation was inherently lose-lose: Either way, Novak would not look as we remembered her, having not appeared in an onscreen role since 1991’s Liebestraum. We remember her as a half-century-old snapshot (Vertigo; Bell Book and Candle; Picnic; Kiss Me, Stupid), just like we freeze our mental selves in some fledgling adult state and yank out gray hairs as they appear in futile denial. Would we have been nicer to Novak if she had looked 81, instead of just puffy? Probably. Forgoing plastic surgery speaks to an acceptance of aging and, we think, some kind of psychological strength. Novak’s big mistake in the face of bullies was, inadvertently and because of a personal decision, showing something that we saw as weakness.

And vulnerability has always been a somewhat prominent factor in Novak’s career. She achieved recognition in the mid-’50s after going through a studio-mandated makeover that capped her teeth and bleached her hair. Her bipolar disorder, then undiagnosed and untreated, made her “erratic” on set: “At times I was focused,” she told the Orlando Sentinel. “Other times, the press would come on the set and I’d feel the energy of people laughing at me or not approving of my style of acting. You could pick up those feelings. I was distracted. I couldn’t perform as well […] It led you down a jagged path. It pulled you in one direction, then another direction. I would get off my focus. I had a hard time with boundaries.” Liebestraum, during which Novak and director Mike Figgis bumped heads, brought everything to a climax: In Novak’s recollection, “What I found out when we started shooting was that [Figgis] wanted ‘Kim Novak,’ the Kim Novak he thought I was. Which was this puppet, again, to be made over.” Novak had retained her last name against the advice of Columbia head Harry Cohn in the early days of her career, and again she struggled with the differences between person and persona, when to fight and when to compromise with the system that provides your paycheck. As part of that system, we ourselves also have a lot to figure out when it comes to separating the celebrity from the person, including, especially, what should be beyond our grasp.

During the rerelease of Vertigo in 1996, Novak talked to film critic Henry Sheehan about why she left Hollywood. Hollywood wanted a blank canvas, she said, “But I’m not a blank canvas; I came with a lot of baggage, a lot of rough edges and all. […] Finally, I had enough; I just couldn’t do it. I felt either I’m going to have to become this blank canvas all the time — eventually when someone wants to stop painting on that canvas, what do you do?  The canvas gets old, it rots away, and so much for that.  It doesn’t even get recycled.”

Those of us who grow older in relative privacy, battling illnesses (Novak received treatment for breast cancer in 2010) and gradually becoming creakier in front of an audience of family, friends, and acquaintances, are lucky. Our bald heads, veiny hands, weight fluctuations, and steady accumulation of scars are inextricably attached to the person within, and those symptoms of time are textured with everything that makes us familiar beyond the contours of our faces. What we want from the performers we watch is to be granted access to the person within, to be enticed to love them and become interested in them as if they were intimate characters who factor into our own lives somehow. In Novak’s words, again, what drives many people to seek stardom is a desire for the world to “please, see who I am. Fall in love with me.” At what point does a person gain the right to replace that sentiment with “screw you, I’ve earned this”? It’s probably one of those lessons learned in retrospect, after the grenades have been thrown at you and you find yourself still alive: Your face is your face, no matter what you’ve chosen to do with it, and all that’s left to do is to remind the haters that you know more about being you, at 81 years old, than they do. And leave it at that.