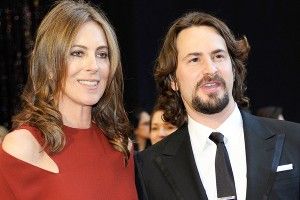 How? Good question! And in a New York Magazine piece about Bigelow’s Zero Dark Thirty — her second close collaboration with The Hurt Locker screenwriter Mark Boal, now being touted as a heavy Oscar favorite — Grantland’s own Mark Harris goes about answering it. As you may or may not know, Bigelow and Boal were already working on a Bin Laden movie at the time of the raid in Abbottabad — the only thing was, their movie was about the failed 2001 Tora Bora mission to capture OBL.

At the time of the raid, in May 2011, as Boal explains, “I wasn’t done done, like, ready to shoot … but I was far enough along so that I was spending money to have scouts in Kazakhstan [doubling for Afghanistan].” On the actual evening of the raid, he was in talks with the CIA: “I was trying to set up a fact-checking call. I said, ‘We’ll be fair, but I have a number of questions for you.’ And they said, ‘Great, but can we punt this to next week?'” That night, President Obama announced the death of Osama Bin Laden.

At first, Bigelow and Boal thought their movie could be saved — that all Bin Laden’s killing had done to the story was to give it a new climax … After the news broke, “I hate to admit it, but we called her right up,” [Sony’s Amy] Pascal says. “We knew she and Mark were working on this, and then and there we said, ‘Hey, are you still doing that movie? Let’s get together!'” Without seeing a script, Sony committed to distribute the film. Pascal imagined it would probably be a mission-driven narrative focused primarily on the raid, a guaranteed showcase for Bigelow’s phenomenal skills as a director of action.

“I might’ve pitched it that way,” Boal says, a little sheepishly. “I didn’t know what it was. Probably for a month after he was killed, I was trying really hard to frame these two events—2001 in Afghanistan, 2011 in Pakistan—into one narrative” … “I was really hungry to hang on to the first version,” says Bigelow. “Even if it was a kind of compressed version of that film …” But two months after the raid, they both came to the same conclusion: There were no possible fixes … [other than a prologue] everything — two years of work — was scrapped.

But one benefit of having worked on the first version of the film was that Bigelow and Boal had already established a relationship with the CIA. Eventually, the agency decided that of all the teams pursuing a Bin Laden movie, the Oscar-winning duo were both the farthest along and the most pedigreed, and agreed to cooperate on the project. Eventually Bigelow and Boal found their story in a secretive fixer that has been obsessively working the Bin Laden case, on some real-life Carrie Mathison shit, since 9/11.

They shot this spring in India and Jordan, a tough production: Jessica Chastain, who stars as the fixer, recalls crying after some scenes; Chris Pratt, who plays one of the Navy Seals, recalls chaos and frustration. And yet somehow, Bigelow and Boal managed to have a new flick just 18 months after the old one fell apart. Meaning: As great as Zero Dark Thirty might turn out to be on-screen, it comes with a pretty compelling little off-screen story, too.