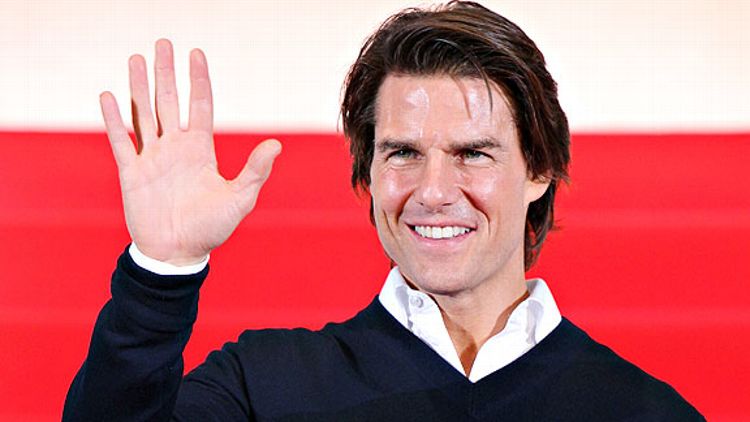 Sorry, Dirk. Tom Cruise is now confirmed to play crime-fighting drifter Jack Reacher in One Shot, Paramount’s adaptation of Lee Child’s best-selling thriller, to be directed by Usual Suspects writer Christopher McQuarrie. Initial reports of Cruise’s possible casting caused an uproar among fans of Child’s books last month, since Racher is 6’5″ tall and Cruise is only 5’7″. Said the author at the time: “Reacher’s size in the books is a metaphor for an unstoppable force, which Cruise portrays in his own way.” Maybe his performance will be motion-captured. Grade: C+ [Deadline]

Game of Thrones‘ Sean Bean will play more royalty, this time the king in the family-friendlier, slightly less ridiculous-sounding one of the two competing upcoming Snow White movies. He’ll be the dad to Snow White (Lily Cole) and husband to her Oscar-tarnishing apple-poisoning stepmom (Julia Roberts). Grade: B- [HR]

Sam Rockwell is negotiating to star in the indie Better Living Through Chemistry as a straight-laced pharmacist whose life unravels when he’s recruited to murder the husband of a crazy customer (Jennifer Garner). This will be the first time behind the camera for co-directors Geoff Moore and David Posamentier, which we hope means they’ll just leave Rockwell unsupervised to go completely nuts. Grade: A [Playlist]

Jennifer Lopez‘s divorce from Marc Anthony will not affect their planned Simon Fuller-produced TV project Q’Viva: The Chosen, a reality competition show will seek to make stars out of unknown Latin performers, which is still totally happening and promises to be as at least as good as the couple’s last two collaborations. Grade: C [HR]

Probably worried that reporters from the Hollywood trades would be stuck in traffic all weekend, Harry Potter‘s Rhys Ifans took it upon himself to break the news to the Telegraph that he’ll appear in the next James Bond movie in an unspecified role. He listened! Grade: A [Telegraph UK]

Daniel Brühl, the non-Oscar-winning Nazi from Inglourious Basterds, is reportedly in talks to play Austrian Formula One champion Niki Lauda in Ron Howard’s Rush, about the rivalry between Lauda and British racer James Hunt (the previously cast Chris Hemsworth). Grade: A [Screen Daily]

See all In Development