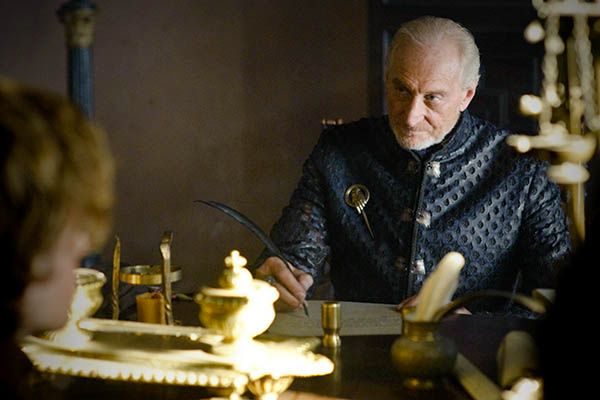 In our real lives Chris Ryan and I like to talk about all sorts of things: movies, the weather, how Domonic Brown is going to win the Triple Crown this season. But when it came time to record this week, the only topic worth discussing was one dear to my professional heart: television. This is one of the busiest and best weeks I can remember on the small screen, filled with the return of old favorites, the escalation of new flings, and the arrival of one very intriguing surprise. But first I had to give Chris the rundown of my time with the FX network last week. In town to announce its cellular split into three distinct networks, the channel gathered all of its stars — and its stars’ interesting hair — in a Manhattan bowling alley to celebrate.

But who can talk about bowling when there are better games to be played? The return of Game of Thrones (6:10) has the two of us in a tizzy, peeling Onion Knights and racing to find new superlatives to describe the malevolence of Charles Dance. Is this the season that all of our far-flung characters finally collide? Or do we simply not care as long as there are armies to gather, wars to fight and Littlefinger puns to make? Even so, because we, like Tyrion asking his father for a favor, are gluttons for punishment, we felt compelled to take a few precious minutes away from Westeros to consider the final failings of The Walking Dead’s third season (25:40). Suffice it to say, the Governor won’t be getting our vote next year and Rick’s crew aren’t the only ones who feel as if they are trapped in a prison.

Finally, we had a few words of excitement left for Sunday’s Mad Men premiere (no spoilers, I promise) (33:50) and some surprisingly positive things to say about an unlikely show on an even less likely network. Could it be that NBC’s Hannibal is … actually good? The fact that it is makes me want to eat some crow for all the peacock jokes I’ve made over the past few years. But instead I’ll just settle for some liver and a nice Chianti. Cheers!