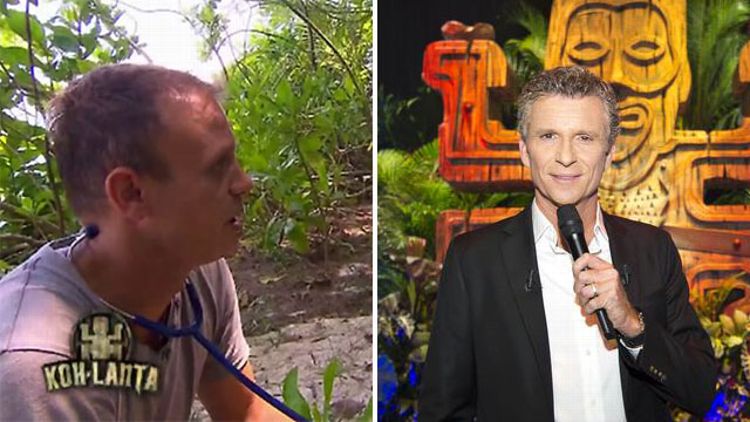 Koh-Lanta, the French version of Survivor, looks almost identical to our own, right down to the Geoffroy Preauxbt, but I’d never paid much attention to it (or Denmark’s Robinson Ekspeditionen, or Brazil’s No Limite, or even the show that started the whole Survivor institution in 1997, Sweden’s Expedition Robinson) until I heard about Gerald Babin’s death. Babin was a 25-year-old contestant who died of a heart attack during the first challenge of Koh-Lanta’s 13th season, a little more than a week ago. The French media began to speculate about the care Babin received from the show’s doctor, Thierry Costa, mentioning anonymous sources who criticized Costa’s response to an apparently visibly sick contestant. The season was immediately canceled. Now Costa has committed suicide, leaving behind a note that partially blames “unfair accusations” and a reputation damaged by the press.

This is France’s first reality death, but the list of reality-show suicides is substantial. In 1997, Sinisa Savija, the first tribe member voted off the first season of Sweden’s Expedition Robinson, stepped in front of a train a month after exiting the show. Paula Godspeed auditioned for American Idol despite her history of stalking judge Paula Abdul, then killed herself two years later by overdosing while parked in her car. Hell’s Kitchen, Kitchen Nightmares, Pirate Master, Paradise Hotel 2, Celebrity Rehab, Cake Boss, The Contender: marked. And there are more. Though watching reality TV involves some kind of sadistic hunger for disaster and pain, both physical and psychological, we become — thankfully — uncomfortable with the implications of being in any way associated with the death of a cast member or contestant, even more so when the incident is self-inflicted. We feel a lesser degree of the responsibility than Dr. Costa must have felt, but that ooky feeling eventually retreats, and we flip back optimistically to a different variation on the same theme.

That isn’t to say I think reality television is wrong, but it has certainly proven itself to be more psychologically grueling than we generally admit. Maybe that’s because everything about unscripted, nonfiction television belongs to an alternate reality that’s eerily lit by our knowledge that what we see — the edited story arcs and cohesive plotlines, the fabricated housewife feuds and staged mansions — is nothing like the process involved in creating it. Survivor seems relatively wholesome compared to a lot of its contemporaries, but even its snuffed tribal members usually acknowledge how different, and how much more strenuous, the experience of appearing on the show is from what you would imagine on your sofa. Contestants are provided with psychological support before, during, and after appearing on the show, though it’s never featured in an episode, because the sensation of voyeuristic connectivity we get from viewing reality programming — watching other humans experience everything from mundanely bitchy lunches to picnicking by a waterfall in the Philippines after having mud-wrestled four other people while wearing a weather-beaten swimsuit — is horribly disrupted by acknowledging that we’ve just watched an intricate illusion.

If you, as an audience member, considered yourself singularly responsible for having created a form of media that essentially asks random handfuls of people to create characters based on themselves, or to offer up their personalities — placed under duress — to an editor’s scissors to create a Frankenavatar that they will be associated with for the rest of their culturally relevant lives, you would want to crawl into a hole. The less we know about the machinations of reality TV, the better; if you know too much, the dissonance between what’s on TV and what we know to be true becomes too uncanny to be palatable. Does it matter if the feud isn’t real, or the roses are only props, if Brandi Glanville the mouthpiece is inextricably attached to Brandi Glanville the person, or if you always bear the scar of a publicity-fueled broken engagement? In order to successfully suspend our disbelief, we rely on an invisible group of narrators who create, and — we hope, vaguely and without worrying too much over it — care for the cast of characters so that we’re not complicit in any kind of serious tragedy that would tear the pages right out of our hands. The closer what we watch comes to resembling the truth, the easier it is to forget the complex ways in which it isn’t, and to imagine that the story is telling itself with no dark corners left unexamined.

Doctors are not infallible, obviously, and Costa’s suicide note references treating Babin as a patient instead of a contestant. He also wrote, “Even though I regret this unhappy end, I acted in conformity with the Hippocratic Oath.” Though he may not have been able to prevent Babin’s death, and certainly didn’t cause the heart attack that killed him, Costa’s suicide seems like a tragic reflection of what happens when we see ourselves through a glass darkly. The plots of our own lives are usually only visible in retrospect, but when a story is imposed on you (and when you’re suddenly superimposed into a story), the shift can tilt in a nightmarish way. The random becomes significant, because good narrators never leave loose ends, and everything comes together to create a subjective reality with meat, a point, a conclusion. That there is no storyteller, only a heightened chaos caused by extreme conditions, might be an impossible fact to reconcile once you’re standing in front of an audience playing yourself. What we already suspect on some gut level to be morally dubious about reality programming seems to be much more complicated and layered from within, and maybe it’s worth considering how our collective, nascent Truman Show delusions will adapt over time to make us more resilient authors of our own fate or destroy us altogether.