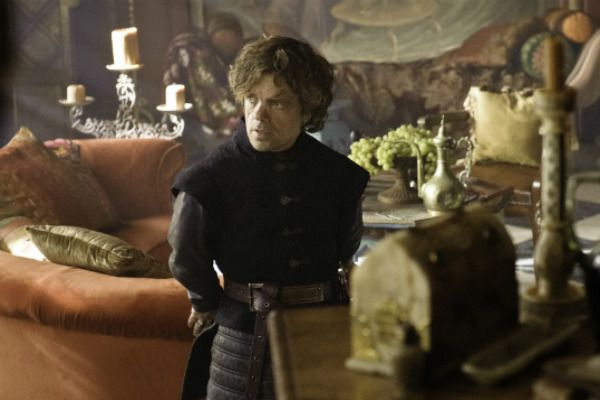 Neither Chris nor I were in the desert for Coachella this weekend, but we still experienced something of a vision quest (1:30). Just the mere mention of the festival — and its underwhelming headliner, Phoenix — sent us down a rabbit hole of opinion, memory, and conjecture about the state of the music industry past and present. Is Daft Punk selling their new album with their new commercial or selling us on the idea that they’re rock stars? Are Savages the next big thing or another hypebeast? And does it even matter? By the end of this segment, I was defending Fall Out Boy (as I do) and Chris was getting emo remembering Guided by Voices.

Since we were already nostalgic, it made sense to switch back to TV and tackle a dispiriting episode of Mad Men (20:30). I explained my theory as to why this week underwhelmed while Chris expressed his dissatisfaction with the show’s work-life balance. We ended with Game of Thrones (30:45) and, unlike the Small Council, we were anything but silent. It was a strong episode, even though Chris admitted he is maybe 80/20 sure of who anyone is at any given time. My attitude is whenever you remember any tertiary character in the Seven Kingdoms you should make like Jaime Lannister and give yourself a hand.