Yes, Han Solo Will Be a Major Guy in ‘Episode VII’ 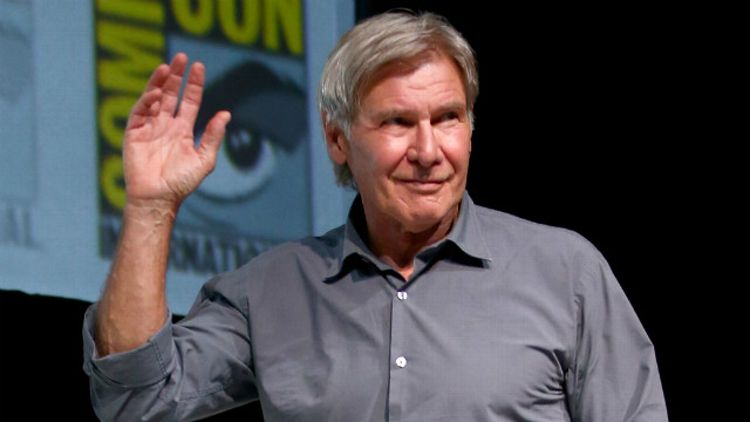 Although the article’s not online yet, the new Entertainment Weekly evidently has some info about the Star Wars: Episode VII casting. First, as you might have heard, Mark Hamill, Carrie Fisher, and Harrison Ford were actually planning to do the movie all along, since before Disney purchased Lucasfilm. Secondly (and you may have heard this, too, but it’s a big deal), Han Solo is going to be one of the film’s leads along with three of the younger characters. Go ahead and pore back over the casting announcement if you want to speculate on who those three will be, but be warned: There’s still one major female role to be cast.

Idina Menzel is pretty chill about the Adele Dazeem thing. (Although she thought it sucked at first.)
https://www.youtube.com/watch?v=nUBN5vxDfDg

The barely watched, much-beloved Hannibal is getting a third season at NBC.

There might be an Anne Hathaway–Matthew McConaughey feud in the world, thanks to Interstellar.

Apple is looking to buy Beats for $3.2 billion.

Jack McBrayer and Triumph the Insult Comic Dog are getting a buddy comedy on Adult Swim.

Speaking of buddy comedies, here’s what Julie Klausner had to say about her and Billy Eichner’s new pilot, Difficult People: “In terms of what other shows it can be compared to, I looked to Curb Your Enthusiasm as an inspiration for the tone and structure of the script. Our characters are pretty Larry David–esque in that we go through our irritable, neurotic lives getting pissed off at perfectly pleasant people making small social transgressions.”

The Internet reimagined Frozen as a horror flick. [via]
https://www.youtube.com/watch?v=9eD2UpdhbwA

Sigourney Weaver is doing a different part for each Avatar.

Questlove is producing Soundclash, “a music series for VH1 that will feature three artists performing simultaneously on one stage.” Diplo is the host; the show kicks off July 23 with Lil Wayne, Fall Out Boy, and England’s London Grammar.

And there will be a scary clown on American Horror Story: Freak Show. Ever heard of such a thing as a scary clown? Where do they come up with this shit?!

The Right Reasons Podcast: 'The Challenge,' and 'Survivor'