Billy Eichner Is Working on a New Sitcom; These Are the ‘Billy on the Street’ Guests He Needs to Have on the Show 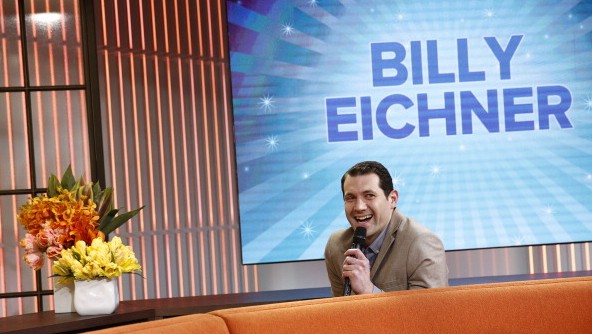 America’s preeminent crazy person, Billy Eichner, is developing his second television show. This one, unlike Fuse and Funny or Die’s Billy on the Street, will be a scripted sitcom on USA. Julie Klausner — comedian, author, producer, writer, and podcast host — cocreated the show, titled Difficult People, and will costar with Eichner. Klausner is already a head writer and co–executive producer for Street; Amy Poehler will be the show’s executive producer.

The logline is exciting but basic: “The duo star as frustrated comedians and pop culture-loving best friends living in New York City who hate everyone — except each other.” Maybe the level of bile will be new, and maybe we’ll get the most pop culture references since The Office, but we still have no idea how this show will operate on a week-to-week basis beyond standard-issue NYC-set high jinks. What we do know is that Eichner has built a huge roster of famous friends (or frenemies, maybe) with Billy on the Street and its frequent celebrity cameos. So, here’s who we need to see on Difficult People, and what they might get up to.

Paul Rudd: Plays Billy’s old friend who’s been having a rough time after a breakup and is now having sex with anyone who’ll pay him a dollar. Billy, outraged that Paul slept with Melissa Joan Hart after meeting her at a benefit, gets Paul the help he needs.

Patton Oswalt: Playing himself, he gives a talk at Barnes & Noble for the release of his new book. Billy and Julie are there expecting to see a Meryl Streep talk that’s actually not until next week. The two of them use the opportunity to hijack the Q&A portion and berate Patton for failing to follow up Ratatouille with anything nearly as great.

And the one and only Elena: Billy’s spiteful, no-bullshit grandmother. Series regular.