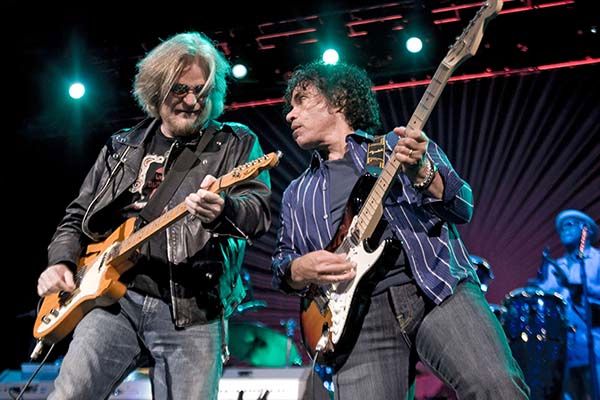 I am not, by nature, an outspoken man when it comes to this nation’s bitterly divisive political landscape. But the time has come for me to stand up, right here, right now, and make myself abundantly clear — no matter what other, nefarious forces may claim, I believe that the smooth bliss that emanates from every last funky note of the Hall & Oates back catalog belongs not to a collection of red states or blue states, but to the United States of America. And that is why I salute the quick and painless death of the controversial Hall & Oates super-PAC.

The organization, Hall and Oates Fans for America, was founded by one William Hansmann, who was looking to harness the mighty power of Messrs. Hall and Oates against the Mitt Romney campaign. Explains Rolling Stone, “Basically, all they did was fax in a form to the Federal Election Commission. There were plans to create a series of Romney-mocking videos — possibly using songs such as ‘Out of Touch’ or ‘I Can’t Go for That’ — but presumably those plans have been set aside.” More specifically, Hansmann said, “We started this as a joke, but then it kind of blew up.” Blew up, and then fluttered on down back to earth. Before the Hall and Oates Fans for America super-PAC could muster up any donations at all, the wise men to whom the organization paid homage cut it off at the pass. Basically, they asked nicely, and Hansmann agreed to shut it down.

Explains H&O manager Jonathan Wolfson, “Daryl Hall and John Oates recognize that the personal view points of their fans cross all political spectrums and are honored to be supported by their fans everywhere regardless of political affiliation. The PAC’s founders recognize that the use of the ‘Hall’ and ‘Oates’ names for the purpose of raising funds is not an appropriate fan activity no matter what the goal of the fund raising activities might be. Daryl Hall and John Oates are pleased that the amicable dialog with the founders of the Super PAC have brought an expedient resolution to this matter.”

And now back to Hall & Oates’s unstated, but progressively more transparent, career motivation: uniting America through song. Thanks, guys. You make-a our dreams come true.

Divine Fits and the Golden Age of the Sorta-Superbands