Divine Fits and the Golden Age of the Sorta-Superbands 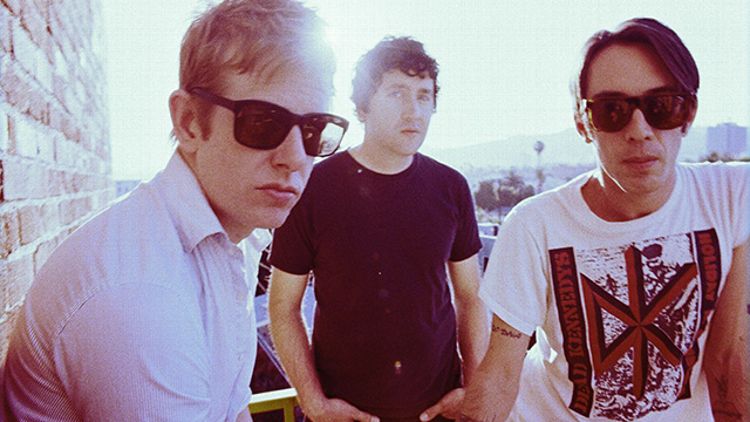 In 1974, no less an authority on all matters rock and roll than Time magazine declared that the supergroup was “a potent but short-lived phenomenon” in the late ’60s and early ’70s doomed by “dueling egos” and “musical infighting.” It was a kiss-off to an era of flashy superstar assemblages, nearly all of which seemed to involve Eric Clapton: Cream, Blind Faith, and Derek and The Dominoes are among the bands that still define what “supergroup” is supposed to mean in the best and worst possible ways. Strangely, Time pulled the white sheet over the supergroup’s supposedly decomposing body in a story about one of the most successful non-Clapton examples of the species — Crosby, Stills, Nash & Young — preparing to launch the first-ever tour of stadiums in rock history. The concerts lived up to every cliché ever written about supergroups, and added a few more (like the one about a colossally wasted and paranoid Stephen Stills believing he was an undercover CIA agent, possibly to keep track of David Crosby’s harem of squabbling girlfriends). But supergroups survived 1974 and beyond: Asia, The Firm, Power Station, the Traveling Wilburys, Temple of the Dog, and Them Crooked Vultures, among many others, have kept alive the tradition of famous people jamming with other famous people.

In 2012, we are living in a golden age of supergroups, even if the term “supergroup” has been devalued to the point of meaninglessness. Probably the only true supergroup to arise in the 21st century is Jay-Z and Kanye West’s The Throne, which produced the gargantuan arena-conqueror Watch the Throne and “N—-s in Paris,” a spotlight for in-concert showboating that often stretched past the 20-minute mark (because Jay and Ye performed it five or six times in a row). But, for the most part, these expensive musical mansions have been downsized into affordable and more livable condos in recent years. Where supergroups were once presented as a stacking of talent whose marquee value was supposed to sell itself (Emerson, Lake, and Palmer!), they are now venues for prominent-ish musicians to pool their resources and sublimate their identities under a different, scrappier guise. The workmanlike persona of the Sleater-Kinney–Helium–The Minders marriage that is Wild Flag belies the group’s top-flight ’90s and ’00s indie-rock pedigree. The biggest star in The Dead Weather, Jack White, is hidden behind the drum kit. (White also frequently surrenders the spotlight to power-pop journeyman Brendan Benson in his other supergroup, The Raconteurs.) One of contemporary country’s most beloved talents, Miranda Lambert, is on equal footing with two lesser-known singer-songwriters in the feisty harmony group Pistol Annies.

All of these groups have put out good-to-great records, and that has a lot to do with them seeming like actual bands, as opposed to one-and-done album-and-tour financial arrangements of convenience. It remains to be seen whether Divine Fits — a new group featuring Britt Daniel of Spoon, Dan Boeckner of Handsome Furs and Wolf Parade, and Sam Brown of New Bomb Turks — will ever release a follow-up to the new, very good A Thing Called Divine Fits. But for now, Divine Fits deserves to be put near the top of any list of scaled-back modern-day sorta-superbands.

Of course, times were hardly super for the band’s two principals, Daniel and Boeckner, heading into the album. Boeckner was coming immediately off the breakup of Handsome Furs, the scuzzy synth-pop duo he had formed with his wife, the writer and musician Alexei Perry, and he was also without the excellent Wolf Parade, which imploded in 2010. Daniel’s band is still intact, but 2010’s Transference was the first Spoon LP in more than a decade that critics didn’t uniformly love. It shouldn’t have mattered, since Spoon has long been our most dependable indie-rock institution and a go-to supplier of songs to score Will Ferrell’s most serious performances. But Spoon’s catalog is so consistent that it’s boring, or at least very easy to take for granted. Perhaps Daniel sensed that he was in danger of slipping into elder-statesman irrelevancy, as Spoon has put been on hold until the public suitably appreciates it again.

Divine Fits, then, can be seen as Daniel’s “McConaughey in Magic Mike” move, an attempt to prove that he’s still got the svelte ‘n’ sexy musical goods. And he works it hard: “Would That Not Be Nice” has his most swinging bass line since “I Turn My Camera On,” while the hypnotic clanking of “The Salton Sea” recaptures the junk-store new-wave heights of Moonlight. Daniel’s specialty is precisely carving out imprecise, blurred-out textures in his music; the best Spoon songs typically have a guitar or organ part that sound sampled from a forgotten late-’70s art-punk LP, a vocal that’s mush-mouthed and indecipherable, and an unpredictably physical rhythm section that’s imbibed one too many Maker’s Marks. Daniel doesn’t alter his formula with Divine Fits; rather, he gives it a snappy makeover that makes it seem 10 years younger.

Boeckner also sticks to his wheelhouse, though his contributions seem like housekeeping for some unfinished business, sounding like leftovers from the follow-up to Sound Kapital that he never got the chance to make. And what leftovers! “My Love Is Real” and “Baby Get Worse” are as relentlessly mechanical and insistently danceable as Daniel’s songs are loose and shaggy. He is the robot Paul McCartney to Daniel’s craggy John Lennon — or, rather, the funky Duane Allman counterpoint to Daniel’s more rigid Clapton. This is a trite description, but it’s true: Divine Fits sounds like a 50-50 split of Daniel and Boeckner’s previous groups. They don’t so much work well together as work well next to each other. Hopefully that’s something they can refine when they make a second Divine Fits record.