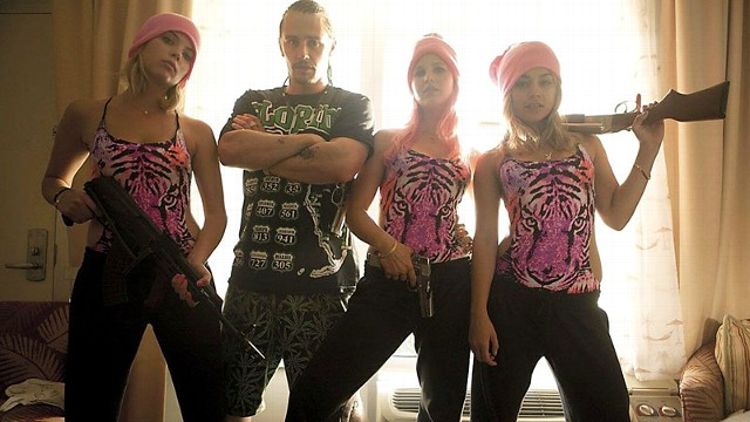 One nice thing about the respected French film publication Cahiers du Cinéma is that despite its somewhat erudite image, it has always been all about a careful, critical enthusiasm for American mainstream cinema. Now in its 63rd year, its top 10 list still reflects that spirit. Let’s take a look at its picks for the year of Our Lord 2013, shall we?

1. Stranger by the Lake
2. Spring Breakers

First of all, it warms my bass-thumping heart to see Vanessa, Selena, Ashley, and Rachel right underneath the Cannes Un Certain Regard pick and Queer Palm winner Stranger by the Lake. It’s a little bit of validation if you’ve been spending the whole year falling over yourself defending the artistic merit of slow-motion dubstep boobs. This might be all we get, as SB is all but fated to get shut out at the Oscars this year (despite a laudable FYC campaign for James Franco).

Then there’s also the small victory of what comes right below it on the list:

3. Blue Is the Warmest Color

Cahiers du Cinéma might feel obligated to include Abdellatif Kechiche’s controversial, Palme d’Or–winning coming-of-age film in the list, but I hope the decision to rank it under Spring Breakers was at least partially motivated by the fact that it reminded us what a creeper-director really looks like. Perspective is always appreciated.