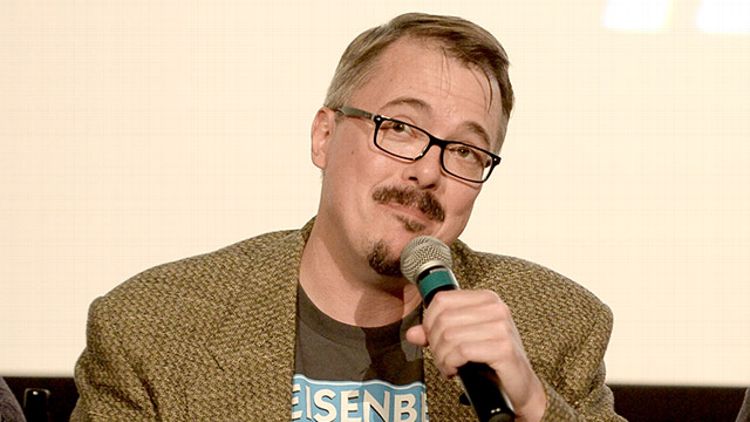 This may come as a surprise to you, but Vince Gilligan, the man who created the methstrosity we once affectionately and anxiously referred to as Breaking Bad, is one of GQ’s Men of the Year. In a brief interview, Gilligan chats about Heisenberg’s intentions coming into the neo-Nazi shootout, saying “he definitely went there to kill Jesse along with everybody else,” which is sort of a shock, and maybe not exactly the type of info we want to learn at this late date. When Gilligan starts getting into “this art now belongs to the people” territory, though — that’s when you wanna watch out. “I mean, yes, it’s mine. But it’s also everyone else’s, at this point. Up until these episodes aired, they were simply mine and the writers’ and the crew’s and the actors’. Now they sort of belong to everybody. Like, it’s up to the viewer to decide what happened to Jesse.”

Wait, Vince, wait. It’s up to us? Jesse, hightailing it away from Walter’s Last Stand, eyes overflowing with sorrow-joy, didn’t DEFINITELY go on to heal and recover and live and love?

“My personal feeling is that he got away. But the most likely thing, as negative as this sounds, is that they’re going to find this kid’s fingerprints all over this lab and they’re going to find him within a day or a week or a month. And he’s still going to be on the hook for the murder of two federal agents.”

“But yeah, even though that’s the most likely outcome, the way I see it is that he got away and got to Alaska, changed his name, and had a new life. You want that for the kid. He deserves it.”

He does. He deserves Alaska. He deserves our nation’s largest state all to himself, bitch. He did almost as many despicable things as Walt, sure, but we need at least a minuscule grain of positivity to nurture when we think about the end of this series. My god.

Meanwhile, the barrel box set is out today. You’ve got 55 hours of bonus footage (is that more footage than the entire show’s running time?), a Los Pollos Hermanos apron, and $200 less in your pocket. Here’s Gilligan unboxing it: