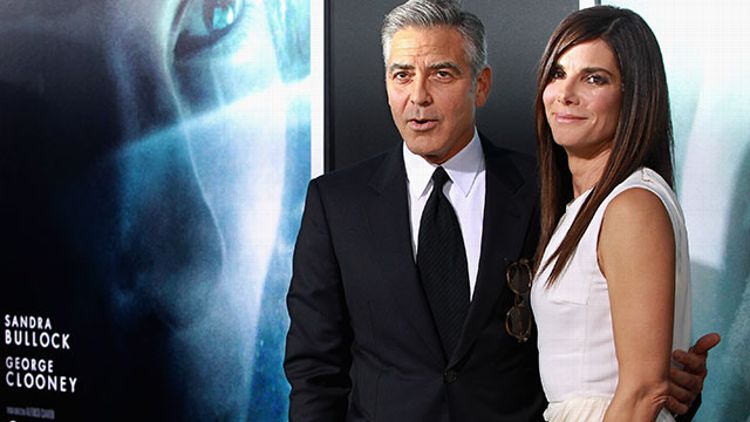 Gravity, simply put, kicked ass. It’s Alfonso Cuarón’s second-biggest opening, and the man directed a Harry Potter movie. It’s the largest October opening ever, and, per Forbes, “among the top-ten live-action debuts of all-time for a completely original film (above Ted’s $54 million and behind Valentine’s Day’s $56 million debut).” Wonderfully enough, it’s also the best opener for both its lovable stars: George Clooney can now move past Batman & Robin’s $42 million debut, and Sandra Bullock beat her new personal best set just a few months ago with The Heat. Great news for everyone who likes movies, movie stars, and Children of Men.

When’s the next big kiddie flick, not counting this Friday’s Bad Grandpa, presented by Jackass? Free Birds, November 1? So yeah, Cloudy 2 has got at least another three weeks to keep piling on the dollar signs.

Here’s the moment when Ben Affleck gets to secretly tell himself that he only really cares about the movies he directs, while Justin Timberlake thanks himself for getting back into the music business. Even fighting Gravity, this is a sad result. “New Regency financed and produced the drama for what it claims is under $30M,” Deadline writes, “knowing that domestic would underwhelm but international could be solid. Fox says that overseas the outcome is better: $23.6 million.”

Hugh Jackman, Jake Gyllenhaal, and Paul Dano should start going door to door and talking up Prisoners’ creepy side during this Halloweeny time of year. I mean, try something, or this one’s getting buried very shortly.

We’re sorry it went down this way, Ron Howard.